It seems this is another time when there’s a lot of discussion about which house system is the best to use. Each has its fans, so let’s take a brief look at the differences.

We last discussed this several years ago. We begin by noting that different house systems often shift our planets from one house to another. Obviously, this is important as it involves how we trisect the quadrants of our chart, and whether a planet on a cusp is in one house or another.

This article was originally written about 16 years ago in response to an email detailing an outbreak of excessively abusive comments at a well-known astrology chat room related to which house system is “better.” That blew my mind, since it makes no sense to get into insulting each other over which house system to use.

I've seen people get heated about various things, but it’s ridiculous to get into fights about which house system to use. However, it seems some are passionate regarding house systems, with some astrologers very aggressive/defensive about their system being “right” and the rest “aren’t as good.” I tend not to jump into these sorts of firefights since these arguments rapidly melt down and it seems no one is listening because everyone is shouting.

Because there is a lot of confusion about house systems, here’s a brief explanation of what the concept of different house systems is about. Basically, only the horizon (ascendant-descendant) and meridian (midheaven-nadir) are fixed by the time and place we are born. How you derive the boundaries (cusps) between houses is entirely based on whether you calculate on the basis of a space-based system, a time-based system, or a space-time based system. Of course, some “whole sign” astrologers basically throw out the entire concept of Sidereal Time and just park whatever sign they want on the Ascendant, with no degree points taken into consideration.

Among the most popular, Placidus houses are based in space-time, while Equal and Porphyry houses are space-based. There are others that fall into one of the three categories listed in the previous paragraph, such as Campanus, Koch, Regiomontanus, Morinus, Alcabitian, Albategnian, and even those that divide the sphere into 4 or 8 sectors instead of 12 as well as those that eliminate all the houses. An extensive article on the merits and demerits of each of these would probably bore most of my readers, so we won't go there.

Though there is no consensus on which system is the best, I have always used 2 or more systems simultaneously in my work with satisfactory results. I found when I first started studying astrology that some of my planets change houses depending on which system I used.

For example, I have Saturn in the 3rd house using the Placidus system, whereas it's in the 2nd using Porphyry and Equal. So which is it? Reading the texts, I realized it seemed as though both were correct. How could that be?

Seeing that the manifestations of both were true at one time or another, it led me to the conclusion that none of these house "boundaries" are set in stone. I take the approach that the chart wheel should be seen in terms of zones of overlapping house boundaries, those being the areas where the affairs of the first house and the second house interact, or the second and third, or where the affairs of the 8th and 9th houses overlap, and so on. 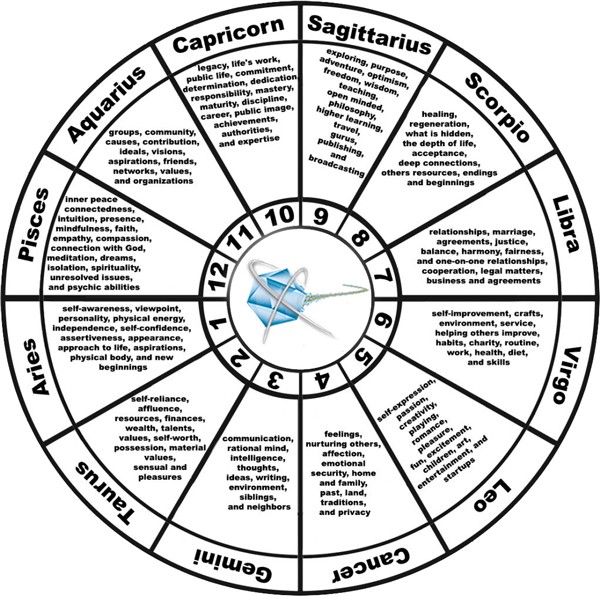 Using multiple systems shows us where two life areas blend and affect each other. Depending on which system I use, I have two signs on multiple house cusps. I have Pisces and Aries on the ninth, and Virgo and Libra on the third, with a planet in that zone. (In case you’re wondering, I have noted thousands of these sorts of multiple rulerships in 50 years of doing charts.)

Having two signs on a cusp produces a "dual tone" of rulership over those houses. Any planetary Light in that zone indicates that part of us which does "double duty" since (for example) I’ve seen my Saturn fit a second house description, but also a third house description. That set me on a journey of discovery almost 50 years ago which led me from "it must be this or that" to "I see how it's this and that."

Over the years this has worked very well when reading charts for clients, as it helps resolve certain dilemmas in how different areas of our charts and lives affect each other. In my case, with Saturn in the overlapping zone between the second and third houses, it would seem that I need to use my Saturn function to understand how it affects the areas of values (2nd) and perception (3rd), and where these meet within me.

At times I must deal with a natural Saturn in the 2nd influence; at other times, Saturn in the 3rd. At all times, how these areas meet and interact with each other involve my Saturn function.

So I learn about Saturn from both areas of my life, and find Saturn's influence in both areas, regardless of which house system is in use. You will also find this true in your own charts. When you have a planet that bridges two houses, it is very important in your evolution to link those areas of your life through the planet involved.

Perhaps it would serve astrology (and bring some peace back to the realm!) if we could get over the idea that one system is right and the rest are wrong, since I believe that to be delusional thinking based in linear, exclusionary rationalizations. "Winner-take-all" arguments are the foundation of religious wars by whatever name you call them. I would certainly not want anyone to come to blows or insults over something as ridiculous as a belief that one house system is superior to the rest.

Perhaps this is the biggest advantage to the quadrant system, or the "no house" system. We do not need frets on a guitar neck to hit a note accurately. They are just guide points helping give a reference between the notes on the scale. It's the same with the lines dividing the houses. Anything nearer the horizontal axis is more in the realm of self-not self. Anything near the vertical axis is more in the realm of private-public, or subjective-objective experience.

The relative position of a planet to the meridians is what's important, not whether a planet is "more truly" in one house or another when it's on the cusp. And the idea of insulting someone because they don't agree with a house system is absurd.