Everything is Absolutely Relative

Everything is Absolutely Relative 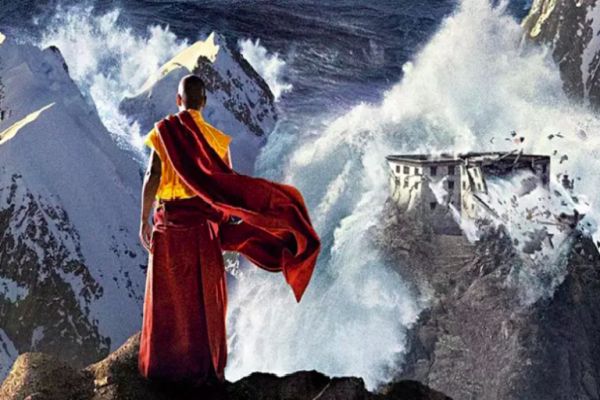 (Q) Many people say we are near the end of this world or already in the new/next world. Do you know this with absolute certainty? Is there any way to verify it?

Earth is not an absolute kind of place. In fact, it’s more like the exception to the rule. I think it’s somewhat of a miracle that as a species (humans) we are still here debating whether we were created or evolved from a mixture of organic earth and sky. Are we divine or one step above space junk? Sometimes I think it’s funny. Other times, not so much.

If we remove the word absolute from your question, I think we can have a friendly conversation about it. We have relative certainty that this time is unique as compared to others. There are criteria, physical and metaphysical, that substantiates the factual evidence we are witnessing and experiencing.

Our situation can be described in many ways. Try this one: Geologically speaking, we are in a new age called the Phanerozoic eon, Cenozoic era, Quaternary period, Holocene epoch and Meghalayan age.

Experts tell us our current new age began 4,250 years ago when what was probably a planet wide drought struck Earth (the two ages before this one are the Greenlandian (11,700 years to 8,326 years ago) and the Northgrippian (8,326 years to 4,250 years ago). Without going into too much detail, scientists determine the beginning time for each age by looking at the unique chemical signatures found in rock samples from that time; each signature relates to a big climatic event such as our current one. Geologists and other scientist are paying attention!

Here are a few more factors for you to consider. They are not in any order.

What we don’t know is when. I estimate this window can last as little as twenty years and as much as three-hundred years before we know definitively that we are in a new age. That is what I have seen and what has been shown to me. In all honesty, I cannot say for sure that I was seeing earth (365 days) years. Time is a very flexible thing. It is not a one size fits all beings and worlds kind of thing. It can speed up or slow down when other forces are added or subtracted.

I’m curious as to what you based your question on. Are you already tired of hearing that we are in a unique moment in time? I wouldn’t blame you if you were, but it’s too soon for that. We’re going to be hearing about it for a long time, perhaps for the rest of our lives.

Ten years ago, everyone was talking about 2012, December 21, 2012, to be exact. Do you remember? Before then, no one had heard of a calendar that ended on a specific day, especially one that fell in our lifetime. For a while it was fascinating to learn about the Mayan culture and calendar. The Maya were a mathematically advanced in so many ways. Over time, the calendar became a popular subject to talk about. It was raised to iconic status by some and ridiculed by others. By the time Hollywood made it into a disaster-like summer film, the subject took on a life of its own. The film (a commercial success) contributed to the calendar being viewed as a dark portent, a doomsday calendar.

Did anything happen on 12-21-2012? Some say yes. I’m not sure. Did we cross a threshold on that day? Maybe. Did the date indicate an ending, or the beginning of the end times? The Maya were sure they would not be here by then, and they are not. There are a few stragglers left, caretakers of the Mayan legacy. There are always volunteer sentinels near the end, just as there are brave pioneers at the beginning.

I am concerned that the end of this world and the beginning of the next is already being hijacked and used for commercial and political gain. And we are just getting started. This new journey is barely underway.

My understanding is that environments and resources will continue to diminish and deteriorate over a relatively short amount of time. We know, that although we did not set out to trash our world, we all contributed to it. It is time for the world we know to transform into a different, less familiar world.

For a little while longer we are in what I would call a safety zone. Many challenging events are happening, but they are not taking place all at once. But we are no longer protected. Ignorance or arrogance are no longer excuses. We are all exposed. Signs and symbols are everywhere.

Awareness is the key. Now and always. In this world and in others. Aware that we are aware, we can evolve. We are being offered this choice and I think it is a fair one. Every one of us is here because we are needed. We are on the right planet at the right time.