Living the Great Mystery
A+ A A- 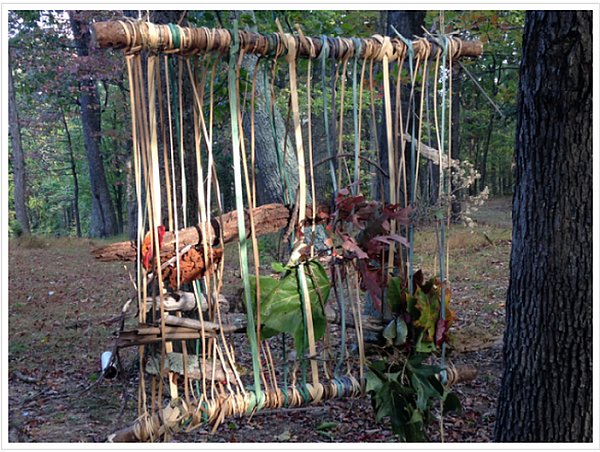 On a recent radio appearance, the conversation turned to the importance of retelling stores and creation myths, especially when things look bleak, as many believe they do today. Native American legends sometimes refer to an old woman as the Creator, and one of my favorite stories is about an old woman in a cave. I love the way mythologist and storyteller, Michael Meade, tells it. The version below is from his book, Why the World Doesn’t End.

“The old people of the tribes would tell of a special cave where knowledge of the wonders and workings of the world could be found. Even now, some of the native people say that the cave of knowledge exists and might be discovered again. They say it is tucked away in the side of a mountain. “Not too far to go,” they say, yet no one seems to find it anymore. Despite all the highways and byways, all the thoroughfares and back roads that crosscut the face of the earth, despite all the maps that detail and try to define each area, no one seems to find that old cave. “That’s too bad”, they say, because inside the cave can be found genuine knowledge about how to act when the dark times come around again and the balance of the world tips away from order and slips towards chaos.

Inside the cave lives an old woman who remains unaffected by the rush of time and the confusion and strife of daily life. She attends to other things; she has a longer sense of time and a deep capacity for vision. She spends most of her time weaving in the cave where light and shadows play. She wants to fashion the most beautiful garment in the whole world. She has been at this weaving project for a long time and has reached the point of making a fringe for the edge of her exquisitely designed cloak. She wants that fringe to be special; wants it to be meaningful as well as elegant, so she weaves it with porcupine quills. She likes the idea of using something that could poke you as an element of beauty; she likes turning things around and seeing life from odd angles. In order to use the porcupine quills, she must flatten each one with her teeth. After years of biting hard on the quills, her teeth have become worn down to nubs that barely rise above her gums. Still, the old woman keeps biting down and she keeps weaving on.

The only time she interrupts her weaving work is when she goes to stir the soup that simmers in a great cauldron at the back of the cave. The old cauldron hangs over a fire that began a long time ago. The old woman cannot recall anything older than that fire; it just might be the oldest thing there is in this world. Occasionally, she does recall that she must stir the soup that simmers over those flames. For that simmering stew contains all the seeds and roots that become the grains and plants and herbs that sprout up all over the surface of the earth. If the old woman fails to stir the ancient stew once in a while, the fire will scorch the ingredients and there is no telling what troubles might result from that.

So the old woman divides her efforts between weaving the exquisite cloak and stirring the elemental soup. In a sense, she is responsible for weaving things together as well as for stirring everything up. She senses when the time has come to let the weaving go and stir things up again. Then, she leaves the weaving on the floor of the cave and turns to the task of stirring the soup. Because she is old and tired from her labors and because of the relentless passage of time she moves slowly, and it takes a while for her to amble over to the cauldron.

As the old woman shuffles across the floor and makes her way to the back of the ancient cave, a black dog watches her every move. The dog was there all along. Seemingly asleep, it awakens as soon as the old weaver turns her attention from one task to the other. As she begins stirring the soup in order to sustain the seeds, the black dog moves to where the weaving lies on the floor of the cave. The dog picks up a loose thread with its teeth and begins pulling on it. As the black dog pulls on the loose thread, the beautiful garment begins to unravel. Since each thread has been woven to another, pulling upon one begins to undo them all. As the great stew is being stirred up, the elegant garment comes apart and becomes a chaotic mess on the floor.

When the old woman returns to take up her handiwork again, she finds nothing but chaos where there had been a garment of great elegance and beauty. The cloak she has woven with great care has been pulled apart, the fringe all undone; the effort of creation has been turned to naught. The old woman sits and looks silently upon the remnants of her once-beautiful design. She ignores the presence of the black dog as she stares intently at the tangle of undone threads and distorted patterns.

After a while, she bends down, picks up a loose thread, and begins to weave the whole thing again. As she pulls thread after thread from the chaotic mess, she begins again to imagine the most beautiful garment in the whole world. As she weaves, new visions and elegant designs appear before her and her old hands begin to knowingly give them vibrant shape. Soon she has forgotten the cloak she was weaving before as she concentrates on capturing the new design and weaving it into the most beautiful garment ever seen in the world.”

This is a great story – but is it just a story? Sometimes, and for reasons we can’t explain, things really do unravel. Older cultures than ours told these stories to remind themselves how to deal with trouble and turmoil. Following the characters in the story, they called times such as our current one, Black Dog Times, the important and necessary part of the cycle when the world alters and then renews itself. If the world did not change, it would die; it must devolve in order to evolve. The black dog is not the old woman’s enemy, it is her companion. Black Dog times ask us to find a new vision for life. As the unraveling continues the black dog will become more insistent, so it is important that we pay attention to what we are being shown and not wait until everything is hanging by a thread.

We are currently between cycles – caught up between the unraveling of life as we have known it and the regeneration of any new design the earth may manifest. That is why we sometimes feel disoriented, displaced, and even depressed. Like it or not, we must learn to live with chaos, confusion, and uncertainty. The old knowers had many stories to help them through difficult times. They believed that the cave of knowledge exists within every human soul, and that each soul was imbued with specific qualities intended for the new weaving of the world. Living the Great Mystery means accepting continuance, cosmic turns, and shifting tasks.

The Dragon Council; Activation Of Starseeds!

6 Reasons Why Kids Need Their Aura Strong
Become a Patron!

We have 1688 guests and no members online