Initiating Your Heaven on Earth
A+ A A- 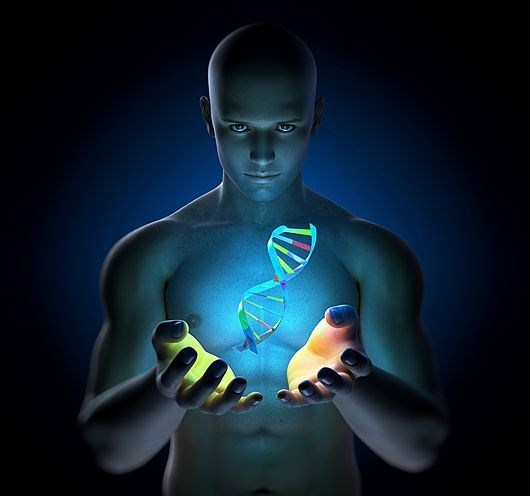 You are of 5D and beyond for you have completed your 3D lessons and are ready for a new phase of your earth life. It is as if you were once certain you were Clark Kent only to discover that you are Superman or Superwoman.

There is no longer a need to classify yourself as male or female for even though you have the physical features of one or the other, you are both male and female within your being.

Even though such might seem like blasphemy to some, the reality is much different. For females seem to have different experiences and opinions, but in reality, 3D females were playing the role of 3D male accomplices.

Females allowed male dominance in more than sexual issues for they programmed themselves to accept the fear and servitude of male dominance prior to their 3D entrances to earth. So it continued until male dominance, whether performed by males or females, became the “law of the land.”

Now that law is changing. Many hope it is shifting to female dominance. In truth, it is the acceptance of all whether male or female.

In the previous 3D eons, male dominance was played in a fearful manner – controlling, belittling, domineering. The new male/female combination is of love.

For indeed, females have always contained male DNA as males have always had female DNA. But for the first time, while of earth, both male and female physical beings are combining their male/female DNA to create a loving whole.

Indeed, disliking or dismissing males would be no different from what females experienced for eons. It is time for love, not disdain nor dismissal.

So it is you accepted your male segments if you are a female of 5D or beyond – and males accepted their female segments. For the life you are now creating is not possible if 50% of the population and your DNA were negated or punished. It is a time of love.

Granted, there are some – and according to your media – many who refuse to live in love, to accept their totality or the totality of others. So if you are in female form, you might feel as if male dominance is more prevalent than ever. Instead, realize that those who refuse to acknowledge the totality of their being are being exposed. Not for punishment but for the realization that not all men wish to dominate and not all females wish to be submissive.

This is a new age with new beginnings. The first of such new beginnings is the acceptance of your totality. A totality that is neither good nor bad, it just is.

So it is you are becoming mellow, accepting, and peaceful, knowing there is no longer a need to defend yourself nor to control others. All you need is the acceptance of who you have allowed yourself to become.

Some of you physical males or females might be concerned that you are not as loving or peaceful as we described, that you still feel a need to battle someone or something. Such will pass as you become more comfortable with your new being.

Even though you will maintain your current physicality, your inner world will blend into one easily. For becoming one is not possible if males and females continue to label themselves as unique beings.

Once you fully declare you are both male and female, it will be more difficult, if not impossible, for you to blame one another for your trials and tribulations. For a cell does not distinguish itself as male or female, but instead as a hair cell or a heart cell.

Cells are interchangeable as might be displayed by Henrietta Lacks whose cancer cells created many of the vaccines for various diseases such as polio. The vaccines created from Henrietta Lacks’ cells did not distinguish between race or gender. So it is for you now.

Of course, you will continue to have a dominant gender sense just as some of you write with your left hand instead of your right. But that dominant sense will not preclude you from accepting your male or female tendencies as “normal.” Any more than a left-handed person might do most activities with the right hand.

So it is females and males will not try to dampen their female or male tendencies but instead accept all as part of their being. For males and females are of the Godhead, of the Universes. And all of you have experienced both roles.

This new age is to combine the two into a loving whole instead of one dominating or disparaging the other.

It is time to be whole in every sense of the word creating a loving environment in which peace and tranquility are the “law of the land” allowing you the freedom to create a new world order of acceptance. So be it. Amen.