Channeled Message: New Earth is Humming Along Just Below the Surface

Channeled Message: New Earth is Humming Along Just Below the Surface 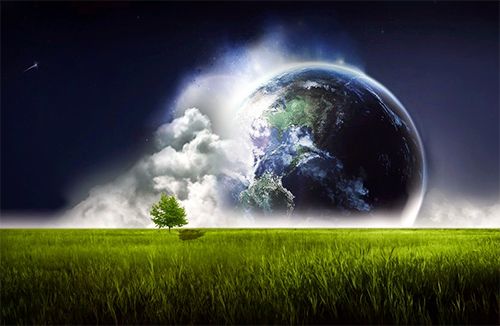 You have waited patiently for eons for this transition. Now that it has arrived, you are tired of waiting. Most of all, you are tired of telling others amazing information about a new world that never seems to appear.

Even though most humans elected to be part of this transition, they are at varying levels of competence. That truth has little to do with you in your mind, but everything in the grand scheme of things. For you forerunners do not have the numbers needed for the final push of humans from fear to joy and love.

You have been at the forefront of this transition since your entrance to the earth in this lifetime, knowing many would find you out of step with the norm. Yet you were prepared to persevere despite all.

That is, you were prepared to persevere until our recent Universal information raised your hopes. Our Universal extra boost of hope the past few weeks was needed during the extreme energies pummeling you and the earth.

All is shifting more rapidly than you imagine – just not today.

Even though those following you planned to do so before entering the earth, they now need indicators that it is safe to do so. You forerunners are those indicators. For you are hiding little or nothing about who you are or are becoming – an action that is braver than you realize. For if our Universal information is a mirage, you will be “out in the cold” from outer-directed life.

So it is once again, you are the brave spirits daring all to point others to a new age of peace and love. A new era that is often difficult to detect given the anger and rage that seems rampant within countries, communities, and families. The back and forth arguing that exhausts you.

You are so tired of fear, pain, and anger that you find it amazing anyone wants to continue those fear factors.

Those following are now often throwing temper tantrums of “You can’t make me live in love.” In essence, fighting to the last second to hold onto what is no longer wanted or enjoyable.

So it appears as if you are alone and overly optimistic about something that will never happen, like those who gave away their belongings waiting for the end of the world on December 31, 1899.

As we observe those following you, we are also amazed at the tenacity of those clinging to fear despite an inner knowing that love is much more peaceful.

Do not despair. Just as the earth did not end on December 31, 1899, so it will be that those who are self-programmed to shift from fear to love will do so rapidly. Not only because you pointed the way of doing so, but because they are self-programmed.

Can others not see how painful a life of fear is? Our response to that question is they will – just not today.

Those following you are most often terrified. Not of leaving the outer-directed world of fear, but of leaving a comfortable but mostly unpleasant life. What if they make a mistake and declare themselves inner-directed only to discover that outer-directed remains the “in” lifestyle.

Of course, the opposite is happening. Not today and maybe not tomorrow, but the tide is rapidly shifting from those dipping their toes in inner-directed waters and finding them deliciously comforting to discovering how cold and isolating outer-directed living has become for them.

The majority of humans decided before their earth entrance in this life that they would be instrumental in the shift from outer-directed 3D to inner-directed new being. That time is now.

So be patient a bit longer. Even if you have not noted such yet, you will begin noticing media outlets softening their rhetoric – not because of income as has been true in the past – but because they too are beginning to sense a different world. A world based on love instead of fear. Those outlets who propagate fear will find fewer and fewer interested in their fear antics.

In truth, your new world is humming along – somewhat below the surface for now – but an inner-directed world that is about to explode into reality because of your patience, courage, and tenacity.

Allow yourself the patience to live within for a few more days or weeks. Those following will catch up more rapidly than you now believe. At the same time, allow them the freedom to be as they are catching up. For forcing anyone into anything is outer-directed or, in your current terms, counter-productive to your needs and interests.

This shift will not require years or even long months because the light is flickering for most earth beings. A flicker that will become an overwhelming and loving reality within weeks instead of years. So be it. Amen.

+ - Credit Click to collapse
Copyright © 2009-2020, Brenda Hoffman. All rights reserved. www.LifeTapestryCreations.com. Feel free to share this content with others, post on your blog, add to your newsletter, etc. But please keep the integrity of this article by including the author: Brenda Hoffman & source website link: www.LifeTapestryCreations.com