Channeled Message: Why Not Join the Fun?

Channeled Message: Why Not Join the Fun? 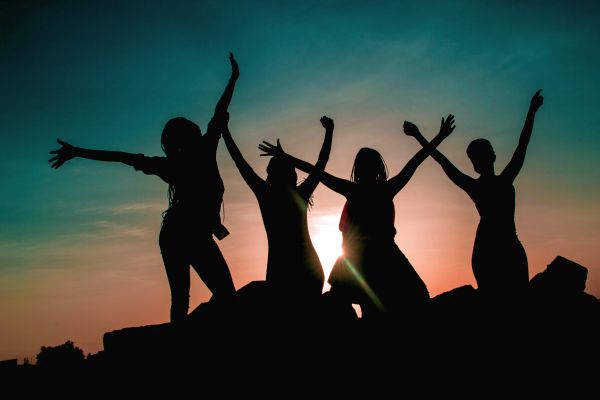 Now that you have essentially given up your world-shifting role, how can you be sure that the second wave will create a world you want to live in?

Your concerns are the concerns of many parents as their children reach young adulthood. The next generation almost always feels wrong from the parents’ viewpoint. Not because their young adult children are wrong, but because they are different.

Need we remind you that several outer-directed generations live amongst one another despite somewhat differing patterns – and so it will be now.

The second wave will not create as you might, for your creation instincts are to repeat outer-directed structural designs.

Will you be comfortable in this new rebuild? That is your choice for the rebuild will seem strange at first, just as anything new does.

As the second wave creates new economies, governments, institutions (the only term you can understand now), relationships, etc., you will be amazed and initially horrified. Their creations will not be like anything you can imagine. But then, you arrived on the earth to destroy that which you knew.

At first, this new world will seem foreign and likely, frightening. Not because it is wrong, but because it is so different. In truth, these new structures will be the difference between living in caves, as the earth’s inhabitants once did, to living in a mansion with modern conveniences. Would a cave-dwelling person know immediately that their life had changed? Of course. But would they be happy? Most likely not – especially at first. The language and operational skill sets would be so dramatically different that the cave-dwellers would not know how to cook their food or operate conveniences like automobiles or computers.

The difference between your learning curve and that of cave-dwellers is you expect change. Not a minor change like your child going off to college. But a significant shift more incredible than the shift of an upper-class matriarch born in the late 1880s with a myriad of antiquated social rules trying to accept a jazz-age granddaughter with her short skirts, flapper attitude, and free love. The grandmother’s love for her granddaughter exists, but neither would necessarily understand why or how.

You will be in wonderment as the second wave creates a world that makes you concerned for the future, only to accept the new as interesting and exciting. If you remember, we, of the Universes, highlighted your new being need to flit from activity to activity. After first being horrified by the second wave structural changes, you will discover the fun and joy of their creations.

New structural creations different than anything you can imagine, for your new world creation imagination is limited to your previous 3D worlds. These second-wave ideas might seem counter-intuitive until you recognize the joy and fun in the unknown. Like the 1880s matriarch forced to maintain the right words and actions for her social position – observing her flapper granddaughter having a delightful time drinking illegal gin, smoking, and dancing the night away with a feverish pitch. As the matriarch observes the joy and freedom of her granddaughter, she might begin to question the rules she lives by. And so it will be for you.

Are you expecting the new world to be a somewhat cleansed version of your current world? Or do you recognize the need for a truly new world?

The second-wave creations will not be wrong, just beyond anything you can now conceive. You will soon discover the fun of creating totally anew as you begin to ignore your horror at the dramatic changes and realize the freedoms those changes create.

You have repeatedly demonstrated that you no longer wish to live by social rules. That you want the freedom to be. The next wave will create that freedom in fun and joy. Which you will likely join once your initial shock has diminished and thoughts of “You can’t.” “It’s not possible.” “It’s too frightening.” shift to the fun of doing the very acts you were once frightened of.

This new dawn is not colored the same as the 3D watered-down dawns you have come to expect. Join in the fun – the sooner, the better. The second wave does not particularly care if you adapt to the new world – but you will. Not because it is a should, but because it will be freedom and joy you cannot now imagine. So be it. Amen.

We have 701 guests and no members online