Adama of Telos: Important Energy Update
A+ A A-

A Quick Message - Love, Unity, and Knowing Who We Are

This short message, imbued with energies from the Collective, is the transcript of a new video on YouTube...

[Caroline Speaking] “I’ve come out here to the sea today, I guess because I needed to feel a bit grounded. It’s been quite a week in the US . . .

This is a bit of the Central Coast of California . . .

And I’m just asking the Archangels, particularly Archangel Michael, not only for [Divine] Protection and for Assistance, for the United States and for the whole planet, [but for Divine Wisdom as well,] as we face the last of the old regime. 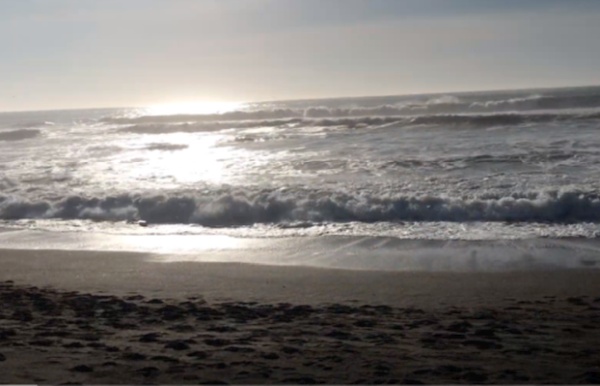 They know they’re headed for a fall, a very big fall. They’re not going to come back from that.

So I’m just asking the Collective for a bit of input as well, and Archangel Michael is in that group of course, and Archangel Raphael, whom we call upon for healing, and Archangel Gabriel who is so great for [increasing ability for Divine] Communication. Each [of the Archangels] has their own beautiful gifts.

I tend to call in those three, because for my own path, and I know for many people’s paths, they offer so much comfort, assistance, encouragement, and support.

So what they’re saying to me, is that ‘All is Divine Order,’ and that we don’t have to fear that there is more tumult and more chaos coming—more events like the one this past Wednesday in Washington.

Even if they do occur, we can be quite secure in the knowledge that Divine Will is still unfolding, and that we are still receiving incredible Light from the Great Central Sun.

We’re not lost. We’re not unsure of ourselves. We are Who we are—Who we’ve always been. And that is Light Beings in human form, who are Ascending.

And they’re saying that there’s not going to be a course correction for the dark side. They have determined that they are going to continue in the way of destruction. That’s what they prefer, and they can’t let themselves see anything else. That’s what they’re programmed for.

It isn’t, but that’s what they’ve chosen, and the Collective are saying, ‘Those who have chosen the shadow realms will come round when they’re ready, but that will be probably a very long time in Earth years.’ 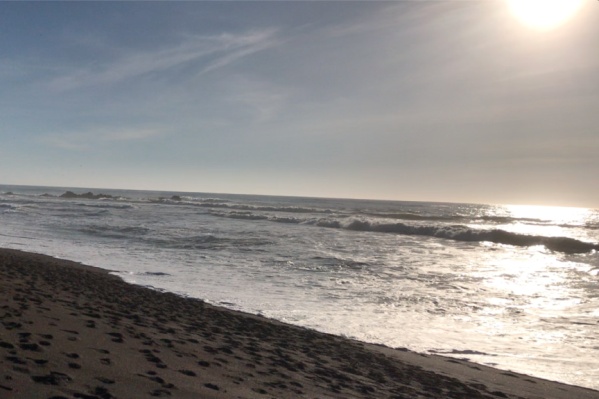 And if you’ve been feeling a shake-up in your own life—I know I’ve seen changes.

I’ve seen old issues coming up to finally be healed for good. A lot of paradigm-busting, a lot of turning of corners, absolutely!

If you’re feeling a little shaken up, and feel to be needing a little the encouragement and support, know that that is here for you!

You are doing great, and you’re right on schedule. You are absolutely an empowered and beautiful Light Being.

What they would Love for everyone to do, and I agree—I’ve had to do this myself over the past week—is to be really, really scrupulous in our self-care, and to be very nurturing of ourselves.

A friend of mine who’s a wonderful counselor said to me recently, “Keep being your own best friend,” and I thought that was great.

You know, this ocean is so powerful, the Pacific. It’s so beautiful, and it has so much depth. Goes without saying.

But it has much depth of beauty, and it feels eternal to me. The sea always feels eternal, wherever I am in the world, whatever ocean I’m looking out at.

No one can take that from us.

There’s no “great divider” and there’s no “separator” who can decide that we are against each other, forever and ever.

No! That isn’t Life. That’s Death, and we are leaving Death well behind.

We experimented in duality for a while, but I think enough is enough, if you can give me an Amen on that!

So I send much Love, and as the Collective always say: We are never alone.

Copyright 2020, Caroline Oceana Ryan
I channel messages from the Collective, a group of ascended fifth and sixth dimensional Lightworkers who serve under the Ashtar Command.
The Ascension path can be challenging.
The energy and information on this site are here to support you–to help you create more clarity, wisdom, abundance, Love, and well-being, as you’re ascending to a fifth dimensional life. Source Here

Meditation and the Pandemic