The Call to Remember Your Greatness - Council of Radiant Light 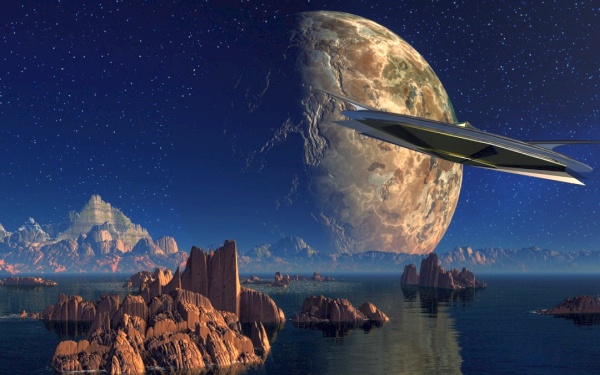 Ashtar: Hello ladies! This is Ashtar.

We are in many ways we are missionaries. We are also ambassadors. We are also – and many do not come to understand us as this – but we are also teachers and guides. We are also liaisons. We play many, many roles where we help many different members and races within, or affiliated with, the Galactic Federation of Light connect with each other. In order to promote more harmonious relations, exchanges and even trade between the number of Galactic Federations.

There are a number of Federations, most of which we are aligned with and work very closely with. But as you can understand, each Federation carries a very unique role. Some may be focused more on trade, others on diplomatic relations with other races who are either considering joining the Federation or even yet races who have chosen not to join the Federation. We are at times perhaps at odds, our objectives and their objectives are at odds, and as such we have many, many members who work to bridge the gap and see if there can be some kind of compromise achieved so that we can include and integrate as many races and species as possible. This broader integration is what will allow us to reach the level of harmony, cooperation, unity and love and peace that is required at a universal level. The more that are on board with the Galactic Federation, the better.

We have many Roles and many Missions

We carry out many missions, many roles. However, there is a very large subset of the Galactic Federation, who as you are well aware, are fully focused on the ascension that is currently unfolding among humanity. This ascension is important of course not only for humanity, but it is important for galactic, as well as inter-galactic, relationships for there are many, many species and Federations that are also involved with humanity on many different levels and for many different reasons.

When humanity ascends, the nature of their relationship, and more importantly, the way in which they are considered, treated and observed by other Federations as well as other races will be greatly improved. For as you are well aware, humanity has long been the subject of research and study by many genetic farmers, by many races who are interested in extracting more superior human DNA in order to meld it with their own to create super races.

While we do not fully agree with this, we understand for survival purposes, if it is for the benefit of another race, then we support it, we understand it. However, humanity must fully acquiesce and grant permission.

We are the Voice of Humanity

And so when humanity ascends, there will be an opportunity for humanity to come to the table and re-negotiate the way in which it participates with all other races. And as such, the Galactic Federation of Light has been acting as a mediator or a liaison on behalf of humanity, who in many cases, if not most cases, have been unable to negotiate these terms on their own.

And so we have been the voice and the speakers for humanity when it has not been possible for high-vibrational human delegates to represent humanity.

And as the two of you are very well aware, there have been many instances where more self-centered humans have spoken on humanity’s behalf, much to the detriment of humanity. And so we intervene on behalf of humanity. We are and have been the voice that you have not been able to express for yourselves.

And so when humanity ascends, you will have a presence and a voice at the table in a new way. This will help peace and it will help foster harmonious relations not only between humans and these other races, as we’ve mentioned, but even between the Galactic Federation and these other races. For the nature in which humanity is being studied, and treated, will in and of itself change. In some cases, the manner in which humanity has been treated, traded, and abducted will completely cease.

And so there are many, many benefits to humanity’s Ascension for everyone involved. Of course, yes, we are doing this for humanity. But understand that this will have a ripple effect that far extends, or rather, that extends far beyond humanity’s reach.

It will be a new page, a new chapter, if you will, in inter-galactic relations.

And so those who are interfering with humanity’s ascension, their sole purpose to interfere is not simply because they wish to control humanity. There are some negative Beings and races who are less of the light for lack of a better word, who do intervene for their own purposes with regards to their ability to control and harvest humanity, but there are others who simply see you as test subjects.

It is neither here nor there for them if spiritually you ascend or not, however, your ascension would mean your ultimate freedom and sovereignty, and as such, it would put an end to their tests, to their research.

And so, it is a very multi-faceted approach to why many Beings are assisting humanity and why there are some Beings who are not. It is not black and white as many on your planet have claimed.

Those who are against ascension, or who are not assisting with ascension at this time, it is not because they do not want to see humanity achieve a higher plane of spirituality. It is simply because they are not done with their work. However, the rights and the freedom of humanity is far more important and is more aligned with divine Universal laws than is the need of any one individual or individual race or species with regards to their research.

And so, this was a very long-winded explanation as to why there are so many Federations, and to why our role as a Federation is so important and why it is so multi-disciplinary. We are not only engaging in battles, we are negotiating on your behalf, for your best interest.

The Federation’s Bond with Humanity

Yes, one of our primary focuses is to assist humanity for you are our brothers and sisters of the light. You are, genetically speaking, our cousins. And we love you dearly. And there are many, many humans in your realm at this moment, who are very close to us who are, we will refer to them as missionaries.

They are humans who have decided to incarnate on your planet to carry out a very important and specific mission. And these missions are as varied as the individuals themselves. But all this to say that many of you have many close friends and soul families who are looking out for you, who have your best interest at heart.

And so there are many of you who are and have for long been part of us, part of our Federation. But you have taken your goals to the next level by choosing to come to Earth to assist the Galactic Federation as well as humanity.

This is a great sacrifice, for we understand, that being human is very difficult. And it is particularly challenging at this time. We offer our utmost respect and admiration to all those starseeds and lightworkers, missionaries, if you will, who are in your realm living a life in these very challenging times. But make no mistake, it’s also very exciting for what you are experiencing and what you will continue to experience will be soul marking. It is a rite of passage that so many souls have sought to experience, but not all were granted permission to come. Earth is a very crowded, crowded place at this time for so many wish to experience ascension, and so many more wanted to come help.

Kare Heywood [interviewer]: I actually have a question about the majority of the members of the Galactic Federation that you’re a part of. Are they also Pleiadian?

Ashtar [channeled by Kate Woodley]: There are many. All Pleiadians, by virtue of being Pleiadian, are automatically part of this Federation. There are over 1000 different ET races or species for lack of a better word who comprise the Federation.

Although it is called the Galactic Federation of Light, we in fact have members from other galaxies. The Andromedans would be one of many, many examples of inter-galactic members who comprise our Federation.

However, of these 1000 different races who are represented, not all are equally involved. Some are involved and their civilizations are very much anchored in the ways and the missions as represented by the Galactic Federation. And there are other members who are, we will say affiliated or aligned with us, but they may only attend meetings every once in a while, as required and as needed. And so they are part of us from a distance. They are less involved, but nonetheless, they are fully aligned.

Channelled through Kate Woodley-www.AscensionCalling.com
Our mission is to help awaken and raise the collective consciousness of humanity. By connecting with incredible, other-dimensional Beings, we share messages of universal wisdom and encouragement. These compassionate Beings are here to assist and guide us all in our ascension to a greater existence.
Source Here