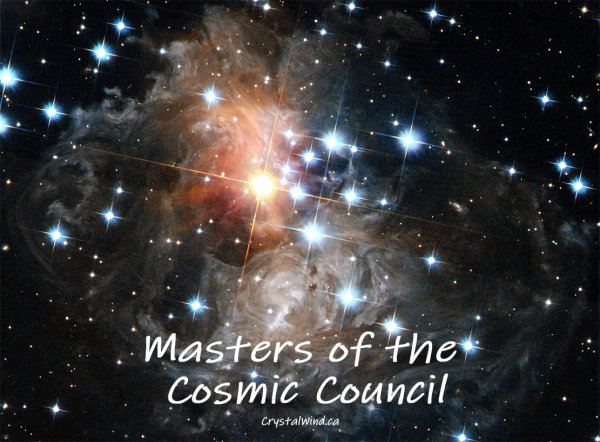 The life force of the Earth are the four elements, air, water, earth and fire. The beings inhabiting Mother Earth all have their own DNA structure that determines their bodily structure within each species. The genetic structure of each individual within each species, however, can sometimes mutate, causing changes in the bodily structure according to its particular environment. This is called evolution and is a natural part of the evolvement of the planet over eons of time. When the genetic structure within the body malfunctions, however, it can cause disease and illness that is passed down through the generations, potentially jeopardising the life span of that individual and genus, or family within the species.

Universal, or Cosmic DNA, determines that life will always prevail across the Universe, beginning and ending at different times in the history of each planet according to the environmental conditions. Only when a species is extinct will the DNA within the Universal structure change and, at the moment one form of life is ended, another species will be born. This is how evolution works and is a major factor in determining how long one species can live, depending on the right conditions, weather patterns, food sources and so on. On some planets in the Universe, Earth included,, changing conditions are happening so rapidly that the evolutionary patterns in the Cosmic DNA are speeding up. What does this mean for life on Earth in the future

The Earth is changing rapidly in climate and its weather patterns is affecting animals, plants and insects that depend on extreme weather conditions for their survival. Land masses are being swamped by rising seas and some less hardy plants and animals are not faring well because they have not been given time to adapt. Survival of the fittest, largest, hungriest and most aggressive has generally given certain species free reign over others, ensuring they live longest, but if their food supply runs out because of unsustainable hunting, rapid climatic changes or natural disasters of immense proportion, it is not just that species that will be affected. Smaller animals and plants that can adapt to changing conditions are in a better condition, ecologically, and are more likely to still be around when the environmental conditions have deteriorated or irreversibly changed their usual habitat/living conditions.

The speed up of evolution on a physical level, in all lifeforms including humans, means that the denseness of the Third Dimension will become thicker as life on Earth becomes more difficult to manage. As climate change affects the cycles within the seasons, what might take 200 years to change within the biomes of the world will potentially take less than 20. The ramification of future evolution is disastrous, as most species will not have time to adapt in time and human living conditions, food sources and financial situations will be a constant battle. In short, the future of life on Earth is grim unless drastic changes are made now.

WE, the Great Cosmic Council of Light, do not wish to lecture you, our brothers and sisters at this time! We wish, on the other hand, to extend an invitation to you to invite us into your meditations, your prayers and your vigils to accelerate healing to the Earth. Even though it is against spiritual law to intervene in another person’s free will, Mother Earth and her plants, animals, insects and elementals are greatly in need of help. The more humans, who are all one with the unconditional love of the Supreme Source and connected to the Cosmic Helix of Creation, hold Mother Earth and all upon her in loving and healing intention, the quieter and more balanced she will become.

It is not necessary for you to be psychic or even spiritually centred to make a difference to the healing of Mother Earth and to slow the evolutionary process down. All that is required is that you love and accept yourself, give gratitude for your gifts and to see everything and everyone on Earth as sacred. Life is a gift, my friends and all who reside upon Earth have been gifted with the ability to create and manifest their reality according to their own free will. their thoughts and intentions. Some will accept and some will deny, but as a spark of the Supreme Source, there couldn’t be a better or more meaningful time than now to claim your Divine blueprint and step into your power as a co-creator and master of your own destiny. You can heal the planet with love, because love is all there is.

WE ARE the Masters of the Cosmic Council

We have 1797 guests and no members online