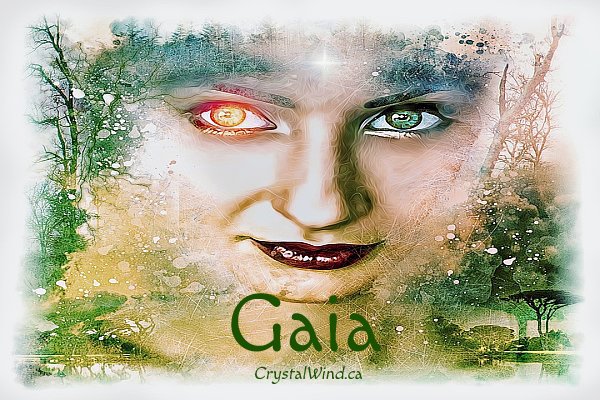 We, the awakened humans that live on your planet, have gone far too long without asking you the simple question of "Dear Beloved Mother Gaia, how is your Planetary Self doing?"

We, the humans, where meant to be your Protector. In fact, for many eons we did protect you via our fifth dimensional Star Ships that constantly monitored the health and welfare of Gaia's planet Earth.

However, our intentions were not as pure as they needed to be because, as soon as our Star Ships started to land on your planet, we began to polarize into groups of "POWER OVER" and "POWER WITHIN!

It was the inner battle of holding our innate fifth dimensional galactic powers within the core of our Heart and Mind. Unfortunately, over what is now call "time," the Power Over groups  wanted to be the rulers of the Power Within Groups.

When we landed our great Star Ships so that we could populate this beautiful and virgin planet, something when wrong! We had all lived within a society based on Unity and Power Within. Therefore, we never even thought that a planet would be based, not on Unity and Power within, but a planet based on the Third Dimensional reality of Power Over!

We had all come from Fifth Dimensional/power within planets. When we first landed, we did not even know that there was a reality based on such a low frequency of resonance because we were still fifth dimensional beings.

Because we were still Fifth Dimensional, we had NO idea that over time, the Syrian Beings would become "third" dimensional humans," who were creating a third dimensional planet. Since, we still had our Multidimensional Powers we did not feel a need to change anything, except that we did assist Gaia to expand Her resonance into the fifth dimension.

This was all find until a group of Galactic Beings that called themselves "humans" who lived on many different planets ore many different reasons, came to Gaia's Earth. This is when we learned of the great war in outer space between the "POWER OVER" groups and the "POWER WITHIN" groups began to visit Gaia with the intention of taking over the planet and controlling all of Gia's rich and beautiful reality.

Many of the the visitors to Earth were still fifth dimensional Arcturians, Pleiadians, Antarians, Venusians and "the not so helpful, Syrians," We still had not  YET known the concept of competition, power over others, owning a possession or even a person, which was quite common among the Sirians.

The Sirians had landed on Gaia's planet before our Galactic Groups. Therefore they thought it was "their planet," and that we needed to abide by their ways of "power over others."

And so, the battle between Power OVER and Power WITHIN began!

At first the POWER OVER ones was winning because the POWER WITHIN Beings could not believe that the once beautiful, sacred, and beloved life was deeply endangered.

In fact, even that Solar System would never be the same. They, the people and the planet, had stepped into a new era of reality. No one knew where they would end up or how they would get to were they were going.  All they had was faith and trust in themselves. Much like it is within this NOW!

Contact:
Suzanne Lie, Ph.D., has been a seeker since she was a child where her active “imagination” took her deep into her inner life.  Suzanne first stepped onto her spiritual path in the mid-1970s when she met her first spiritual teacher. Since then, she has had many teachers and initiations.
Credit: here
CrystalWind.ca is free to access and use.
Please support us with a small gift of $11.11 or $22.22 or $33.33.

We have 1535 guests and no members online