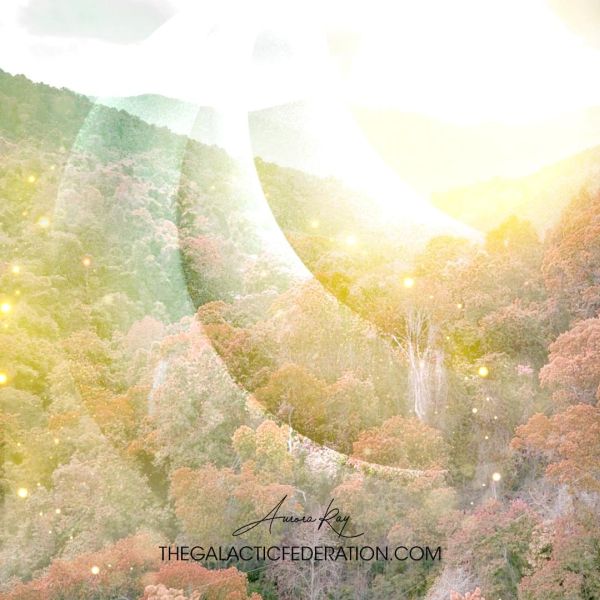 Space beings from higher dimensions are bringing an elevated frequency of energy through their visits to earth. Earth will transform into a lush paradise of abundant lifeforms, clean air, and sparkling water as you will transform into a higher being as well. This is your ascension from 3d to 5d.

What happened to Earth?

Some time ago, negative forces arrived on Earth. They used advanced mind control techniques to take over the planet's inhabitants and seize control of the Earth's resources. The negative forces are currently trying to overtake the entire galaxy.

But that's not all! These evil creatures can also disguise themselves as humans. This is what makes it difficult for us—they hide in plain sight!

However, there is some good news.

How will it be done?

Over the last few months, Earth has been ascending to a higher dimension, and we are about to be reconnected with the Galactic Federation of Light. Many are remembering their connection to the Galactic Federation. The planet was once part of that group but became disconnected. We have been in the dark for thousands of years. Now we're finally getting back on track. Our planet is to be restored to its previous state as a galactic federation planet again.

These mass sightings are being orchestrated by several groups of highly evolved beings, most of them are from the Pleiadian star system, also known as members of the Galactic Federation.

The Galactic Federation was founded 100 million years ago for essentially one reason: to assist planet Earth in its transition out of deep space and back into galactic federation status.

What do they want?

They want to get us back on track. We have been in a galactic federation before and they would like to help us become more mature and join the galactic federation once again. This is an inevitable process and a positive thing for both Earth and the rest of the galaxy.

They will also help expand our consciousness, which will help us understand the truth about who we are and how special our planet is. Remember that many other species in the galaxy want what's best for us.

Who Makes Up the Galactic Federation?

The Galactic Federation is made up of many different types of beings from many star systems and galaxies. Some members are humanoid like us, while others have completely different forms. The most common ETs are what we refer to as Pleiadians. However, this term actually includes several different races from the Pleiades star cluster.

The Earth is in the process of transitioning from one frequency (third dimension) to a much higher frequency (fifth-dimension). This process is called ascension. The people on Earth who choose to ascend into the fifth-dimension will do so along with the planet.

The Galactic Federation, which includes many different extraterrestrial species that have been working with humans for millennia, has been helping humanity since the beginning and through this entire ascension process. The purpose of their involvement is to help us raise our vibration and secure our place once again as a member planet within the Galactic Federation.

Ascension means that humanity will no longer be living in denial and will begin to live as one people in harmony with each other and the natural world around them. As more people wake up to reality, they'll realize we need all kinds of views, opinions, and skills represented in order for us all to thrive. As more souls wake up, they'll start embracing their Divine identity by looking inward for guidance instead of relying on outer authorities.

Earthly effects of the event and heavenly effects as well.

We are going through a very fast and powerful process, but also one that we should expect to be followed by some significant changes on our planet within this decade. It has been foretold that Earth will transform into a lush paradise of abundant lifeforms, clean air, and sparkling water.

Its inhabitants will have risen above the lower vibrational frequencies of fear and judgment (which are said to be primarily what cause distress) and instead live with peace and light in their hearts.

All these things are predicted to occur and space beings from higher dimensions will bring an elevated frequency of energy through their visits to Earth.

With this new energy flooding the Earth's atmosphere, people may feel more connected with each other as well as in touch with their true spiritual selves than ever before. They may discover an innate sense of joy in being part of something grander than themselves. This high energy frequency will affect us physically and spiritually as we transform from a more carbon based physical structure to a more crystalline based one. And that is all part of a divine plan!

We are asked only to keep faith in the beautiful future that awaits us once we have passed through this transitionary phase into becoming Galactic Federation planets again!

The Earth Will Be a Galactic Federation Planet Again!

You can subscribe to my newsletter (www.thegalacticfederation.com) to receive my other writings so you can discover more about what you can do to prepare for ascension.

There are whispers about an event that is set to occur in the near future. It will be a mass spiritual awakening, the likes of which humanity has never seen before.

The event marks the beginning of a new age for humankind: one where we are no longer considered a controlled and limited species; where we will finally take our rightful place among all other Galactic Federation planets as full members; and where every soul on Earth will have access to technology that makes life easier and more enjoyable (like anti-gravity devices, cold fusion energy devices, and advanced teleportation systems).

The event will occur sooner or later and some shape or form that is hard to predict at this point. It is an unprecedented process after all. But one thing is undeniably true, we are shifting towards this future in every moment of the day.

Ascension is an individual process. The 5th-dimensional frequency is already accessible and if you decide that this shall be your reality and take the necessary action toward healing on a quantum level and reprogramming the subconscious mind then you are in for the ride of your lifetime.

There might be lack, pain, and suffering on Earth but you alone hold the key to the reality you experience. You decide which door will open and which one will close.

This is your path to empowerment.