One Who Serves: Q/A - Change is Coming, Change Is Upon You

One Who Serves: Q/A - Change is Coming, Change Is Upon You 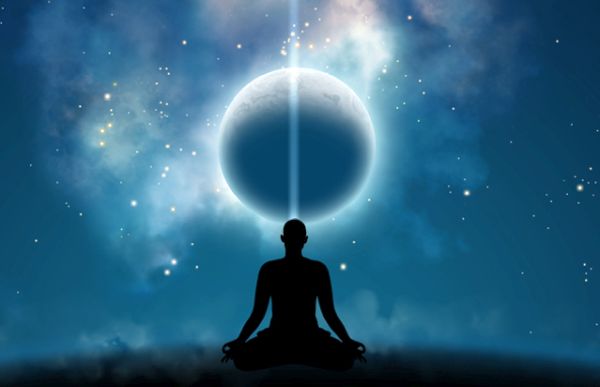 JoAnna: No, but I don’t know if she’s going to pop up, so I’m standing by.

OWS: Good, then. If she wishes to pop up, we are ready for her, and we encourage her to do so.

So, no message here. We are ready for questions if there are any. You can now unmute your phones and ask your questions if you have them. Would there be any questions here?

Guest: I have a question.

Guest: I’m not sure if this is a good one, but seeing the Med-Beds, if somebody goes in for healing of a foot and they have, for example, a plate in their foot. How does that work? Does that get removed or dissolved?

OWS: It is exactly that, yes. It will become dissolved and replaced by whatever is in the DNA memory process here, which holds a picture, you might say, a blueprint of the DNA within the body at the perfect state of when it began in the body, you see? So yes, everything will be alleviated. Everything can be alleviated, can be healed. Limbs can be regrown, as you have heard. And even your teeth if they have been replaced or received some sort of change to them, that will all be reversed and your full set of teeth will be there for you. It centers around every part of the body.

This is higher-level technology here that those here in the Earth could not come up with. This came from those of your brothers and sisters from the skies here. And it has been held back up to a point, but it is in the process of being released across the planet here, when the moment arises to begin to release these things. It is coming. Would there be other questions here?

OWS: We did not ask Shoshanna if she has anything to add here? Not so much. Okay.

Guest: I have a question.

Guest: We were talking during our discussion about what’s happening in California right now. First, last year were the big fires, and now the is massive rain and flooding. I’m curious to know: is this a combination of the White Hats cleaning the state, or was this also directed weapon weather modification by the bad guys but will be ultimately used by the good guys? Can you shed some light on this please?

OWS: We cannot tell you directly whether it is one or the other. But we can tell you there is a combination of what is occurring here. Those things that the dark side attempts to do, the White Hats, or the Light side, works against here. They know what is going to happen before it happens, and they are ready to work against those forces of the darkness here. That is what is happening here. There is so much that has been controlled, we will say here, by the dark side, by the cabal, all of this there in that state that you are speaking of, and the Forces of Light here, the Alliance, all of that, know about this, and are doing everything that they can to overcome those portions, or those plans of the dark side here.

Another Guest: Can I ask a question?

Guest: Can you hear me?

Guest: Good. Can you tell us who are part of the Forces of Light? It is humans? It is aliens? Is it a mixture of both?

OWS: All of the above, and much more beyond that. You have no idea of the Forces of Light that are involved here. It is beyond human, and it is beyond simply Galactic and Agarthan. It is beyond that. There are much in the way of Forces that are working for the Light here. Even the Creator Him/Her/Itself is a part of it.

Guest: Hi, Shoshanna! Thanks for joining us! Yes.

OWS: Yes. Very good. You have also been called the Boots on the Ground. That is all part of the Alliance working together. Would there be any other questions here?

Guest: Yes. I was wondering if you might shed a little light on this. A few months ago, Trump was going to come forward with this enormous announcement. Everybody was waiting with bated breath. And it seemed to turn out to be something about trading cards on line, virtual training cards. He also said a little more about running for president. But what I‘m wondering, and many people have hypothesized that he was taken over by the dark, or whatever. But what I’m wondering is, was there something that took him off track of an announcement that was supposed to happen, and then he had to go a different way? Or what was the situation about this trading card business?

OWS: Simply misdirection. That is all. Misdirection. Moving one’s attention from one area to another, making them think something was not.

Guest: Oh, okay. Very good. Like so for the cabal, or something.

OWS: Yes. Think of it as a magician using magic. Not the magic of the olden times, but the magic that they use today, what they call magic, which is really not—more slight of hand. But they use misdirection to do that slight-of-hand, you see?

OWS: Yes. Shoshanna? Does Shoshanna have anything to add here?

OWS: Yes. As we said, misdirection. Very good. And we are ready. Are there any other questions here before we release channel?

Guest: I was hearing some interesting intel that described that things have been, you know, slowed down due to a threat that supposedly the dark side had a weapon that could literally exterminate the entire planet in about a week, and that they threatened to use. And that God actually personally came and took care of removing this technology from the planet. I wanted to inquire if you are allowed to tell us about this incident, and how it is going to improve the events of this year. Thank you.

OWS: All we can tell you about this is that again, everything is exactly as it needs to be. It is part of the greater plan. So do not focus on those things of terrible destruction, and all of these things, because it cannot happen. As you have heard, those of your nuclear weapons cannot be detonated, will not be allowed to be detonated, and so to, it goes for this type of weapon that you are speaking of, which is more in the astral realm here. So, it is not something to focus on at this point, because it is not something that is really of any concern here to those here on the Earth. It is more of a process on a metaphysical level here, rather than physical level. Okay? That is all we can say on this now. Do not focus on this.

“Shoshanna: Dear Brother, your planet has many that watch over it. Your planet is a planet that must survive within the structure of the universe. And because of that, all things that will destroy your planet have been locked down, so-to-speak. One Who Serves said that the nuclear bombs will never go off. They have been shut off. They cannot produce any nuclear charge. They have been shut down. And this is all purposeful, you see. What you must have in mind here is that there are many weapons available to destroy your planet. But they are not being allowed to be you, because of the impact on the galaxy, the impact on the other planets.

It is as, if you would shoot your foot off, would you be able to walk any more? So, you would have difficulty walking.

So, it’s the same thing within the galaxy. If we destroy the Earth, then the galaxy suffers. It is much greater than just a weapon. It is the survival and the continuity of the entire galaxy and beyond. We hope this helps. Namaste.

OWS: Yes. And we would add here that the forces of darkness have been stopped many, many times from destruction of this planet, many times by those of the Alliance, as we have been speaking of. Would there be other questions here, before we release channel? We take one more if there is, otherwise, we release now. No more questions, then very good. Shoshanna, do you have any parting message here?

Shoshanna: We wish to apologize for our absence. We could not control the environment that This One finds herself in, and it is very difficult for us to transmit our thoughts within an environment such as this. But we apologize, and we look forward to being back in the seat across from The One Who Serves that provide us with the great strength and energy to allow our thoughts to come through. Namaste.

OWS: Very good. And then we just simply close here with continue to shine your Light everywhere and in every opportunity that you have.

Shanti. Peace be with you. Be the one.

These messages were given during our Ancient Awakenings weekly Sunday conference call in Payson, AZ on January 23, 2023. Article may be reproduced in its entirety if authorship and author website is clearly stated.Sunday Call Channeling transcriptions.
James & JoAnna McConnell