The Corona Virus Creates: A Time For Pause 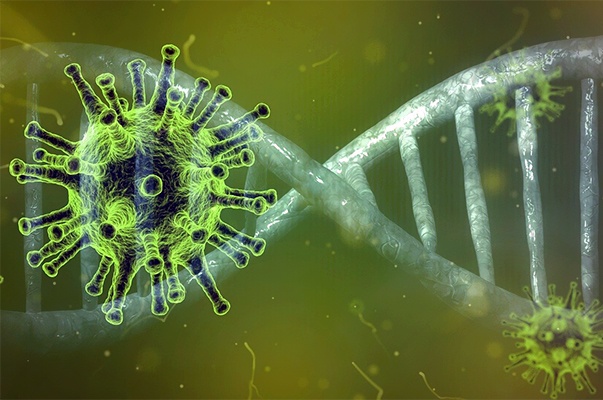 Dr. Wise: I am Dr. Wise. I am the one; the entity that spoke through the man in your world known as Edgar Casey the “Sleeping Prophet”. I worked with Edgar for a very long time giving him health directives that helped so, so many people of earth during his time. I return again with Dr. Fu Man Lu and other Doctors like Dr. Fredrick Fischer, Dr. Rife and Dr. Shultz, and many teachers and masters of the ancient arts of health, healing, and well beingness. As we look around your world, we see such a tremendous fear and panic going on everywhere. Grocerey shelves are being emptied and people are living in fear. People are operating and making choices from the perspective of fear. I would like to ask all of you that read these words to please do not fear and do not panic. There is no need for it. It is time to simply PAUSE! Let’s get the fear and panic out the way then we can look at the good in this so-called Corona Virus pandemic.

When people go into mass fear and panic, they make things much worse than they actually are. Then the feeding of this panic by your media is exaggerating the issues and so many people for the most part believe what they are being told by your media. Many times everyone forgets who they are. They forget what they know and they give all their power away to the media, your President, your health officials and others. When a person fears and panics, that in itself lowers your immune system and its response. It creates a heavy burden on the body because of the deep stress and worry of what might or what could happen. Then the mind gets going and all kinds of possibilities start to come into your thinking. Then you start to worry about children, other family members and friends, and you are just a wreck. This is unnecessary especially if you know what to do. So let everyone take time to pause. Just Pause for a moment and take a look at this. Here is the truth; more than anything the number one thing that basically everyone worries about is not catching the virus, but the fear of dying! That’s it!

You see people are afraid of catching the virus because they think it will kill them, that it is a death sentence. They are not afraid of the virus but they are afraid of what they think it will do and that is to kill them! The facts are this, out of all the people that catch the virus at least 90 % will recover. It is just like any other virus or illness, some people make it and some don’t, but catching it is not a death sentence. Stressing and being in fear and panic increase your chances of not only catching it but also the possibility of dying from it. Remember what I said earlier, you are putting far more stress on your system then necessary. It becomes over worked and weakened because it does not have the energies needed to remain at its peak effectiveness. Out of those 10% remaining some will succumb to it because they do not have the strength in their immune system and body to fully fight the virus. Some will get really sick but still recover, and some will not. The numbers that you are getting in your world are reported from around the world and if you really knew the statistics of any other flue, or disease, or virus, they pale in comparison. When something is heavily publicized as this corona virus people tend to think that it is out of control and just killing everyone that gets it.

When something is publicized like this there is a hidden agenda behind it. It will test the waters, so to speak, to allow those in power to test their strategies to see how it works and how far they can go, how much they can get away with. However, they have a plan, and so do we. We, your galactic brothers and sisters, have been watching this, and we have set something in motion to eradicate this virus and tone things done. We will not go into details because it’s not necessary to do so. But you should start to see things changing for the better in about a week, as far as the virus itself is concerned. You should see no new reported cases other than those that already have the virus incubating within them, but the actual threat should be eliminated. However, your governments may still take certain precautions to be sure, and once they see that the cases of people catching it have subsided, they will then begin to allow things to return to normal. It may take them a couple weeks or so to ensure themselves but they will see it.

Those that may have had plans to use this as an opportunity to go against humanity and its rights and freedoms will fail because we have also set something in motion to prevent that too. But this is not my platform so I will stick to health and wellness. The good thing is that this situation is causing people, families to spend quality time together which many haven’t done in a long time. They are getting to know each other once again. People are realizing how important they are to each other and how important it is to be there and spend time with each other. Relationships are becoming healthy again in many ways. People are taking time to pause and really take a good look at themselves and their lives. They are beginning to understand what is truly important and meaningful to them. I will step aside now and allow Dr. Fu Man Lu to speak.

I want to thank my colleague for his message to you. I want to continue with it and tell you that it’s not as bad as it is being made out to be. I am not saying not to be cautious, but being cautious and being in fear are far apart. The main problem is that many people and health professionals are looking at this in the incorrect way. Their perceptions are in the wrong direction. Let me share something with you from one of my Colleagues from planet Mushaba who on earth was called Dr. Sebi. Dr. Sebi stated that:

“All manifestation of disease finds its genesis when and where the mucous membrane has been compromised. For example, if there is excess mucous in the bronchial tubes, the disease is bronchitis; if it is in the lungs, the disease is pneumonia; in the pancreatic duct, it is diabetes; in the joints, it is arthritis. Moreover, mucous in the retina of the eye will cause blindness; if found around the thyroid gland, cancer of the thyroid is the result. Basically, disease will arise in the body wherever there is an accumulation of mucous.”

This is very powerful. All kinds of disease and viruses thrive and live and become very potent in the environment that mucous provides. Mucous is the real culprit and the real foundation for diseases in the body. If you rid your body of excess mucous, you rid your body of diseases and viruses and the catalyst that allows them to attack your body and health. This also includes this corona virus. As to your home, you can take precautions and use disinfectants and sterilizers like in bleach to clean. But that is not really the issue. It’s when going outside and coming in contact with people and things. One of the best ways to protect yourself is your frequencies and vibrations. Having a frequency way above the frequency of any virus or disease keeps you from catching it. Things as simple as doing specialized clearings will help tremendously in raising your energies higher. Taking the Glutathione product we told you about already helps a great deal.

Glutathione is the body’s most powerful protector. Another one of the benefits of glutathione is that it is essential in enabling all other antioxidant supplements such as Vitamin C to work effectively. It helps prevent injury, detoxifies, and boosts immunity. Glutathione is a Tiger Against Viruses. It is the most important cellular defense that allows the body to prevent and fight infections and disease. Glutathione plays crucial roles in the immune response, DNA repair, and the detoxification process that neutralizes drugs, chemicals, radiation, metabolic wastes, beats down viruses, bacteria and reduces toxins and carcinogens that are increasingly present in our environment. The immune system cannot function properly without plentiful glutathione and antioxidants such as vitamins C and E.

Glutathione is manufactured by every one of our trillions of cells, and the level of glutathione in our cells is predictive of how long we will live. Without the cleaning and chelating work of Glutathione, cells begin to decay as cellular filth and heavy metals accumulate which then creates the most excellent environments to attract deadly infections. Without sufficient Glutathione, the body accumulates toxins and acid residues, degenerates rapidly, ages prematurely and dies more easily from viral and bacterial infections.

Besides this, taking fresh squeezed lemon juice, about a half lemon with cayenne pepper as hot as you can take it, and either 100% pure maple syrup or 100% pure honey to taste mixed with it will do wonders in ridding the body of extreme mucous. Also drinking pure sarsaparilla root tea and royal jelly will help to strengthen the immune system too! Do not go into fear. This will be over and behind you soon enough. In the meantime just take normal precautions because it’s the smart thing to do same as when you experience flu season. You don’t do it out of fear but out of an abundance of caution.

August 2020 Energy Update: The Time For Sleeping Is Over: The Arcturian Collective

Quan Yin: Enlightening Everyone All of the Time

Maintaining Sanity with Self Care

Seeing It All - Daily Angel Message

Your Hybrid Children Are Coming ∞The 9D Arcturian Council

Those That Glowed in the Old Dark & the Shine Hunters

We have 783 guests and no members online