I AM the Magdalene. Walk With Me In Harmony
A+ A A- 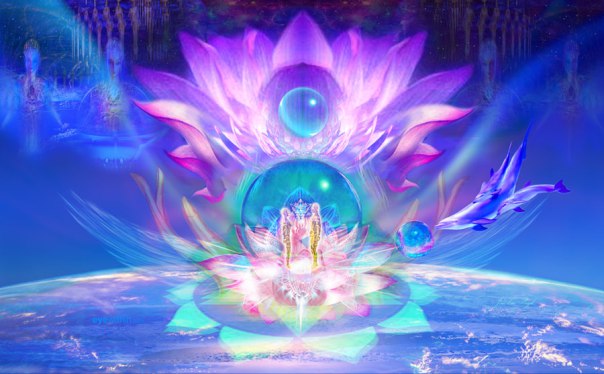 The belief in separation is a futile attempt to stay in denial in a heartless world.

Living through the heart we see that all is meaningless in itself. WE attach no meaning to anything other than the filters we consciously allow.

At the highest levels of Light ~ all is neutral.

We assign what we are experiencing the meaning we are choosing, unconsciously or consciously. These are the first steps in awareness to consciously be aware of what is going on within us.

To consciously choose to not be a part of separation consciousness and to consciously be aware of all filters we have previously and currently assigned to all aspects of our lives, are  the first step in full awareness of being.

This is the OVERHAUL of consciousness and the levels of ascension ~ shifts.

The heart is neutral and does not assign meaning in itself.

Being run by the old program and experiencing many filters  ~ UNAWARE; that is being tossed to and fro with suffering and disharmony as the way of being. WE see clearly the attachments to those beliefs, manifest.

To be able to enter fully the heart is to see ONLY through the heart and consciously assign then, love as BEING as our only filter we choose.

In an empty loveless world, the world and the inhabitants thereof; desired to know love through the removal of the programming and attachments one had chosen to be part of.

This lack of love, created even greater attachments to objects, relationships, status and all that is the ANTITHESIS of love itself. The emptiness and separation became rampant in an attempt to hold on to an external experience of desire.

This led to the greater attachment to the very opposite of conscious meaning. Once Gods in form, the fall of awareness, became the object of the inner battle, to which became th futile, endless attempt of true freedom.

Seemingly mired in the old ways, the CLARION call was heard and the Universe of varying species began to incarnate and take part in this the final evolution of a Universe experiencing its own revolution and expansion.

From Venus I arrived here NOW and the conscious choosing of embodying LOVE would initiate all who desired freedom.

The purest highest level of BEING will resolve that rampant separation consciousness, which then would clean up the attachments to non awareness and allow all to consciously embody their highest and purest state of being once again.

Mu the first civilization of Earth lived in this pure love state. This was a beginning of the Earth form awareness and incarnation program. Now this beginning again, is thrust into the Void of nothingness, then birthed into conscious being once again. Through the HEART.

The frequency of true love was lost on Earth and LOVE present NOW is activating all those ready to let go of the myriad attachments they have held tightly to in a world fraught with war and violence.

I live in a different world. The worlds are merging. IN so much as those that are ready will find themselves in a world cleansed by LOVE to which they enter into also.

In this we activate YOU now! In love@