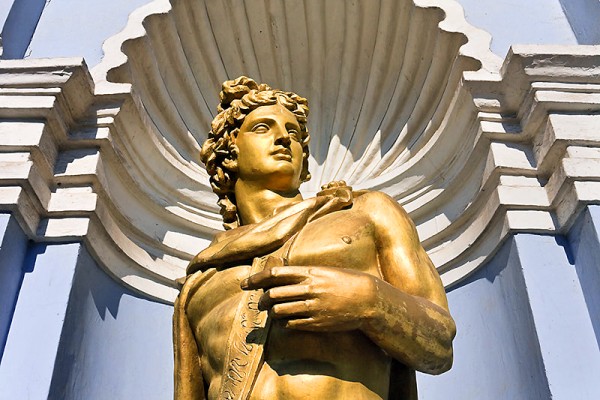 Following the powerful experiences of Atlantis, the twelve Immortals of Atla-Ra separated and moved to separate locations across the planet. The intention, to commence twelve differing civilizations each with a set of unique circumstances.

Working closely with the Archangels and Elementals and under the guidance of the Law of One, each civilization arose out of the imaginations of those who had conquered time and space, to create a society, laws, language and cultural conditions. We find scattered traces and remnants of advanced archeology from the beginnings of these civilizations far more perfected than the copies and facsimiles added by the remaining generations that followed.

These advanced beings, the Ancient Ones were Honoured and Blessed as Masters of Manifestation and Consciousness and they taught others, who were then deemed as Gods and Goddesses by the inhabitants of these growing cultures. Many Schools of Thought were commenced in an attempt to understand the knowledge of Power exhibited by the Founders of these civilizations. However, over time, these teachings became distorted and corrupted until little remained beyond symbolic rituals and paraphrased wordings. Instead of teaching how to access the original teachings, the teachers sought to maintain positions of power to act as the interpreters and mouthpieces of the God's themselves.

Each Civilization idolized their God's and Goddesses by assigning and personifying attributes, qualities, powers and virtues from which all of society could look to emulate and become like them. Those who managed to acquire these attributes were deemed favoured by the Gods and Goddesses and became the heroes and heroines of the Ancients. They took their place in historic records alongside the Gods as they had risen above the hardships of struggle and survival to achieve their heavenly rewards. The icons of ancient times were replaced by those who demonstrated physical prowess in the Games, the athletes of Olympia. Any plebeian commoner could rise through the ranks to become a Warrior General, slaves could fight their way to achieve honour and freedom as gladiators. Those with talent and skills became the recognised Artisans, Painters and Sculptors of the Renaissance. The Laurel Wreaths became replaced with Trophies and and Awards for the achievements within each given profession to those recognised by their fellow artisans and held in high esteem. Even this became corrupted to ensure that only a chosen few could achieve these coveted awards but at the cost of paying the highest earthly price.

What all these individuals had in common, was the drive to succeed in their chosen field, in whatever form that manifested. Whether through skill, talent, ability, intellect, action, or communication. Each found a Way to stand out from others subject to the same hardships and trials that life created around and upon them. Whether chosen or not - many became what they already were, through expressing their true nature into this world.

When you think of the God's and Goddesses or indeed, the Angelics, the Masters, the Hero's and Heroines, it is their qualities of Being that allow them to remain in the memories of Mankind immortalised in story and myth and legend. We cannot emulate their past deeds and accomplishments - but we can adopt and embody the same qualities, attributes and principles that they themselves held true.

To become immortal is not achieved through fame and fortune which proves fickle and fleeting in nature, but to become part of the eternal flow of divine qualities and sacred principles that energise intelligent vibration within infinite frequency. For it is within each frequency that you will find the characteristics, personalities and eternal Souls that found their connection with that frequency in times past, but still ever present in the Here and Now.

Seek to raise your vibrational Self, not by hoping to become the best amongst Others, but by adopting the Sacred Principles of Frequency under the Law of One to become the best version of YOU, as One with your Soul - the Sovereign Being.

At this time the Cosmic frequencies of the Blue Ray seek to aid you in releasing your own individual expression through connection with your Soul Intention. These are the beginnings of the beautiful transforming energies that will take you forward into the Golden Age of Ascension that you see slowly taking place around you.

One by One, we transmute All That Is into the Unity of Oneness.

My name is Paul Dobree - Carey. I used to work in the corporate world but I just couldn't play the roles that were expected of me and always ended up doing my own thing. I wanted to find my passion and I tried so many different things but nothing seemed to fit. After reaching 40,  I took a trip which resulted in a completely unexpected Life changing experience. ​​Going through my own Awakening Process  has brought to me some amazing insights and practical methods as to dealing with the multiple changes in life style, rigid belief systems and personal mental and emotional conditioning. Paul has been directly working with the form of Language of Light Sacred Geometry containing cosmic spiritual knowledge which has brought forth an amazing wealth of information regarding the true Nature of Spirit, dimensions, energy fields, evolution and the creation / manifesting process together with amusing and curious conversations with planetary beings, crystal beings and Keepers of the Records of the Akash, Library of Sophia and the Halls of Amenti. Among the conversations are communications from Metatron, Thoth, Maha Chohan, the Elohim and the Great White Brotherhood (a collective of higher beings of Light, nothing to do with race or gender) in the aspect of Polaris, the Guiding Light known as the North Star.