Evolutionary Virus
A+ A A- 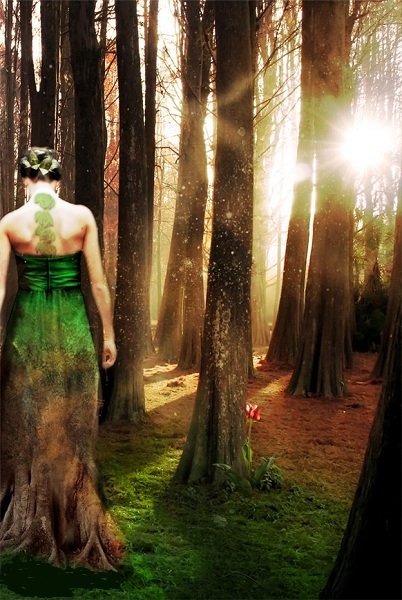 From your hostess of Light  (as seen in Sedona journal)

As I look deep into the very lengthy hallways of 2017 my heart quickens with both anticipation and caution. The doorways of 2017 are great and full of expectations. Like a very immense Egyptian God of old, our human door of expectation is so much smaller in comparison to what 2017 asks of us. We all stand side-by-side, antechamber to vestibule, arm in arm. We think about the panorama of 2016 that showed our weakness and shadow in ‘fool Technicolor’. All that we could have been laced with all that we once were, and divided by all that we are destined to be.  This powerful year comes in full regalia and ceremony to give us our new year’s orders.

2017 will unfold its beautiful wings, into a year of enchantment, 365 days filled with adventure, and unexpected inexplicable serendipitous overlays, disguised as every day events.  Like all ‘new’ years, 2017 is a living breathing entity, a life form birthed from Source. Every ‘New’ Year is actually a living radiance that has wrapped itself around earth’s hologram of dates and times, wants and needs. Every year has a different taste, a different truth, a different memory attached and a different teaching.

This year will bring Earth into a place circumventing its self, creating an invisible Fibonacci bridge to the future. Like a merry-go- round humanity will pick which water colored horse it will ride. The sky and Earth will be unveiled and filled with celestial messages. Eyes will be forced opened, as all see what unfurls its many wings into a pattern of new flight.  Everything that scientists once knew as solid truth will now be discharged, like a student in the vice principal's office on the first day of school. Ancient Stellar truths demonstrate themselves newsworthy without any scientific voice or proof. All is heard loud and clear, in the halls of records, as molecules shift; beliefs turn upside down, life is hardened by old sticky truths.

2017 will ask you to move through the nuances, the hidden levels, and instructions of what is invisible to the human spectrum, like a stealth warrior in the dark of night. Gathering much data, this Light seeks to know itself as a parent that has been absent for eons of time.  Without expectations, without anchors, without regrets or even questions, a smoothness of alignment occurs. Like two oceans from opposite poles, meeting each other for the first time, blending swirling, becoming one again. In this time of extreme precision and acute mirroring of every thought, one is able to create a fine mix of compromise laced with compassion.

2017 moves the awareness into a Holy Sector of the human biology. It is in this place of filled emptiness that many will find exactly what and who pulls the strings of so many lights. In the plethora everything is turning and swirling, dying and birthing itself simultaneously, nothing is stagnant, nothing is still, all is constantly in movement, as it should be!

It is this place of Holiness that humanity will enter in 2017.The many Mansions of what is divinely holy will reign as each creates their own mysterium. Time shifts in accordance with its own needs not looking at the little human picture.  Completion of person plan and plot occurred last year. Leaving an empty spot, that is open for creation.  A holy place that is yours to decorate with wishes come true and dreams made manifest. After the completion of 999, all that once was changed clothes in the see-saw dressing room of the cosmos. The roles have shifted, the eyes have opened. People look in the mirror and do not recognize their reflection. Blueprints of old have been disposed of and DNA placed away for safekeeping.

+ - Credit Click to collapse
As received by Gillian MacBeth-Louthan
The Quantum Awakening has been Serving the Global Light Community since 1986. This newsletter is Spirit Driven and  has been in circulation since 1986. It reaches a core group of millions of dedicated Planetary LightWorkers. One to one, light to Light, it births itself into completion from that point forward. This newsletter is lovingly crafted by Spirit. Any imperfections in spelling and grammar only enhance its beauty and uniqueness.
www.thequantumawakening.com
Source Here
CrystalWind.ca is free to access and use.
Please donate a small gift of $11.11 or $22.22 or $33.33.
Thank you!
ॐ Namasté - Blessings!

Top 10 Things That Weaken an Empath
Become a Patron!