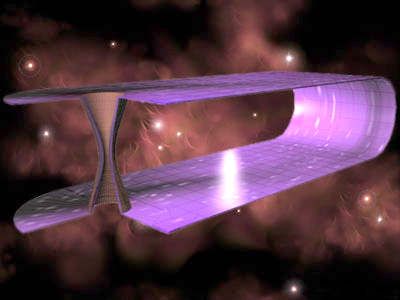 The universe is changing, and destiny is on the same train tracks. As one very substantial face of the galaxy moves forward, all else will eventually come along like a 100 car train. The universe has rewritten the script and basically changed its divine plan. (or has it?)  There is a distinct turn about face, as all above and all below can feel the rip tide of time, as the brakes are put on unexpectedly and everything turns to face itself.  All Light stops for a moment of humble silence before it moves again.  The cosmic clock reverses itself gathering momentum as it does. the universe is shifting, sweeping destiny along with it.

This sweeping effect creates ‘time folds’ in numerous forms. There are many aspects to you, as you stretch far into time, thru the stars past the Milky Way into original Creation. Their is but one original copy of your light definition that cannot be duplicated in fullness, however there are many copies of your original light as it decided to expand and propagate thru many spaces of life and time.

As the lines in time are crossed, scarred and broken new pathways of time will open. Like a person who has had a brain injury, the brain finds fresh neuro pathways of healing. The human brain emulates the cosmic highways and byways of transport and information. When one path is closed another will burst free from its bonds, like groundhogs on a crowed prairie, new tunnels are created allowing an outlet for all.

Time folds can also be created thru emotional or physical trauma, either going thru one or coming out of one. People notice you have changed, but keep it to themselves. As more and more energy is unleashed in the form of electronic pulses and virtual crossed wires we all sit in the planetary crosshairs. Mankind will find that the changes come quicker with no in-between time.

Every time you cross space and time in thought or knowing, in deed or intent, another version of your original self, comes thru the worm hole, so to speak. like Alice in the looking glass on the way to see the Queen. Many faces can be seen as she battles her many fears and different selves.

Within the void of Time and Space, there are those who move from reality to reality through zero point, where matter and antimatter coexist. It is the place where positive and negative life forms collide destroying and creating anew.  It is a place of awakening and a place of forgetfulness. It is the beginning and the end the alpha and the omega. It is home to the creational continuum. A place where realities can be bent and shaped.

There are those that are called ‘travelers’ that hold ‘time folds’ together like a safety pin, mending dimensional rips that have occurred naturally or manmade.  Like riding virtual bucking broncos they allow one to temporarily mend a rip in time and space using a different ‘stitch in time’. The travelers come to help refold time in a proportioned fashion that allows fusion. Each interface branches off creating a new Timeline. The Traveler comes to heal what is torn and frayed in the souls of Planet Earth making time repairs  as he announces ‘a moment is coming, a chance to repair everything.’

With help from the Traveler we can prevent the time ripples from becoming tsunamis. Paradoxes abound as the Rubik's Cube of what was scientific truth now crumbles like a stale cracker. Time laws are revised to incorporate humankinds awareness. 2016 will ask all people to learn to ride the cosmic wave as it moves in and out of time tsunamis and folds. You will learn to create on a multidimensional level.  The traveler will teach you through different formats, dimensional fluxes and paradoxes. Instead of keeping your manifestations earth bound, you will create in one frequency/timeline and find your creation in another.

The combination of timelines and parallel selves can no longer be ignored.  One is truly not who they were yesterday, nor will they ever be. Sometimes the self does not even know the difference as they just wonder what is wrong with this picture. Everything seems a little sideways. Most will just wonder for a moment and then go about their merry way. However all feel as if they are strangers in a strange land. Nothing seems to fit. People they have known their whole lives look at them like 2-headed monsters.  Even though they may look the same, the smell, the biology, the slight movements will be different and the subconscious as well as animals will know that this is not the same person.

Walking thru time folds can be like getting the inter-dimensional flu. Every time one goes thru a time transfer on any level, the body is truly changed and may not have the same blood type or antibodies as it did before. Nor will it have the same dramatically charged memories or the same scars whether real or emotional.  The body will feel heavy and out of sorts, off balance.

Consciousness pulled from one reality to another does have the ability to fuse with itself. Getting to know oneself via the in’s and out’s of time doors will be the theme for 2016. Learning to embrace all of you and lovingly teach yourself inter-dimensional forgiveness.

For as you observe yourself in and out of time a great awakening will occur allowing a powerful ‘a ha’ moment to echo thru-out all universes. This creates an alchemical moment that actually heals the rips in space and time. Maybe it was the Creators plan all along to make this u-turn and have us meet many aspects of our different selves, whether timelines or past lives, or the string theory, all sit at the table of life and sup upon these fresh proceedings.

As received by Gillian MacBeth-Louthan

Embracing Your Age
Become a Patron!

We have 1106 guests and no members online