Ghost Riders of the Gobi Desert
A+ A A-

Ghost Riders of the Gobi Desert 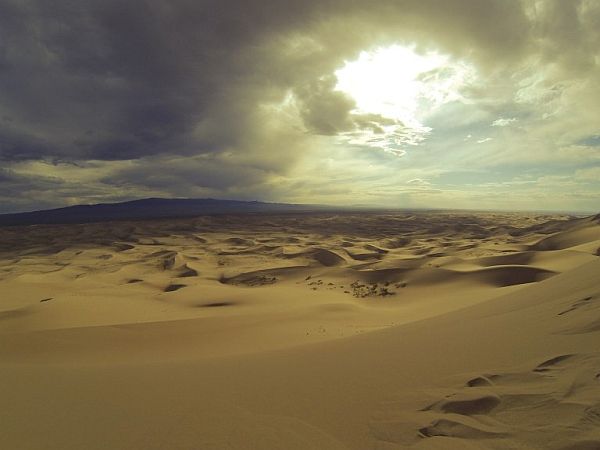 We’re doing something a bit different this week.

Baird Spalding was a 19th century mystic and influential spiritual teacher. In 1924,  he wrote a book detailing his adventures in India and Tibet in 1894 among the spiritual masters of the Far East.

The book, Life and Teaching of the Masters of the Far East, is a large volume of about 650 pages. I found it a fascinating story, more riveting than any adventure or mystery novel.

In one chapter, Baird describes a terrifying experience he and his companions endured in the Gobi Desert. They were being threatened by a roving gang of bandits. In those days, bandit gangs were a common scourge in that high desert country.

Here’s part of his description:

“Jast (one of the masters) came up and said, ‘They are a party of bandits who are determined to loot the camp but I do not think we need fear.’…After a short interval two of the (bandits) came up and asked what we were doing there….We were given ten minutes to decide (whether to surrender).”

Jast told the bandits they would neither resist nor surrender. That angered the bandits, and they attacked.

In Baird’s words, here’s what happened next:
“…almost instantly we seemed to be surrounded by a number of shadowy forms on horseback, galloping around us. Then these forms became more lifelike and increased in numbers. Evidently (the bandits) had seen what we were witnessing….(their) horses began plunging left and right….this ended in a wild retreat, with our phantom horsemen, as we called them, in close pursuit.”

Jast (the master) later explained, “The phantom horsemen, as you call them, were only pictures, made so real that you, as well as the bandits, could see them….We are able to produce them for our own protection as well as for that of others and no one has been harmed.”

Spirit recently talked about teleporting, levitating and other powers we all have, but don’t believe we do. In this video, two of the masters Baird Spalding visited demonstrate their teleportation powers. This may or may not convince you teleportation is real. But it will take only 90 seconds of your time.

We have 1171 guests and no members online