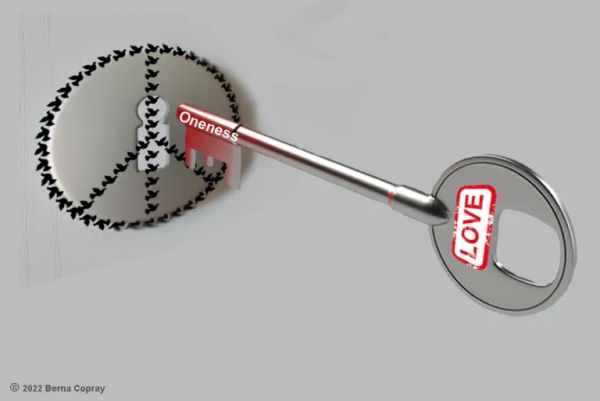 Roman Catholic Bishop Athanasius Schneider of Kazakhstan recently said “…there is only one true religion, which is the Catholic Church founded by God himself.”

Berna and I grew up in Roman Catholic families, although we are no longer Catholic. So we’re keenly aware of the Roman church’s sometimes–controversial opinions.

Did God really start Catholicism, as Bishop Schneider says? Did God prohibit folks going to heaven if they were not Catholic? Would you go to hell if you even walked into a Protestant church? That, and more, is what we were taught as young children.

Of course, we know now all that’s nonsense. Christianity is the world’s largest religion, with over 2 billion followers. Of that number, over 50% are Catholics. But, of the world’s entire population, only 16% to 17% are Catholic.

Logically, then, Bishop Schneider is implicitly condemning over 80% of the world’s people to hell for all eternity.

We don’t need to remind you more atrocities have been committed over the centuries in God’s name.

Anyone who believes a just and loving God would ever approve of those atrocities is as deluded as the ones committing those crimes.

One of the ironies, as we see it, of all the religious controversies down through the centuries, is the delusion God would approve of the crimes committed in his name.

To believe such a god exists is to believe in fantasy.

The real God would never approve of the false god created by humans.

As someone once said, God created humans in his image and likeness, and humans returned the favor. 1/

We’re going to make a radical statement here: Your world would have been a far better place without religion. So much hate and horror have been generated in the name of religion.

No wise and loving divine father would ever approve of the religious horrors committed in his name.

A good world would be one devoid of religion and filled with love. Love and oneness are the key to peace on earth. Religion is not.

In this short video, Roman Catholic Bishop Robert Barron, gives a more enlightened view of non-Catholic religions than you could find in earlier times. Depending on whether you’re Catholic or not, you may find the bishop’s views controversial..

Copyright © 2022 by John Cali and Berna Copray
Edited by Berna Copray
In the early 1980s, John took a spiritual development course and was introduced to his first spirit guide, Lydia. After Lydia arrived, three other guides also came to him: Archangel Michael, Tamarra, and Chief Joseph. Today these are John’s four main guides. Besides his four main ones, John has various other guides. The entire group is really a multidimensional collective consciousness. John refers to the entire group simply as “Spirit.” Source