Thoughts on Life after Death 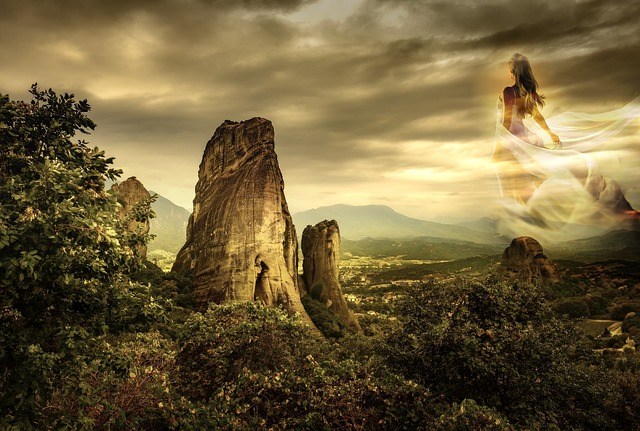 I know beyond the shadow of a doubt that there is no death the way we understood it. The body dies, but not the soul. ~ Dr. Elisabeth Kubler-Ross

We received some deeply moving comments on last week’s post, Life and Death. It’s obviously a subject of universal interest , as sooner or later, it touches us all.

Teresa, one of our readers, sent us her thoughts on the passing of her grandfather. With her permission, we’re publishing her touching story this week. We thought it might help those of you who’ve told me of your struggles with death.

I remember clearly when my grandfather was close to passing on. I was sitting at the side of his bed. My parents and aunt and uncle had gone to get some coffee.

He was weak and was just taken off life support. He started to raise up a little in bed, and he was reaching up his body and his hand was reaching out.

He startled me and I don’t think he was aware I was sitting next to him. He turned to me and said, “I can see them, but I can’t reach….”

He was talking about all his family who had passed on. He stayed with us for another month before he passed.

I was with him on the day he went home. I had gotten up early that day to see him, earlier than I planned. Just had a “feeling” to go early.

I was sitting with him and saw a beautiful spark flow up and out of his body. At that moment I knew he passed. Not sure how long I was there until a nurse came into the room. He was in hospice.

That was February 2000. And while he’s still with me, I miss him so much. He was an angel on Earth.

Thank you, Teresa, for sharing your story!

This musical video doesn’t deal directly with life and death. But the words could mean many things. See what they mean to you. Titled The Wandering Soul, this is the last song John Denver wrote, though he never recorded it. James Twyman performs this beautiful version.

In the early 1980s, John took a spiritual development course and was introduced to his first spirit guide, Lydia. After Lydia arrived, three other guides also came to him: Archangel Michael, Tamarra, and Chief Joseph. Today these are John’s four main guides.
Besides his four main ones, John has various other guides. The entire group is really a multidimensional collective consciousness. John refers to the entire group simply as “Spirit.” Source
© Copyright 2018 John Cali. Reprinted with permission from John Cali. on crystalwind.ca.  All rights reserved.

We have 1954 guests and no members online

We have 1953 guests and no members online