Hold Your Light - The Federation of Light

Fearless in the Storm - Goddess of Creation 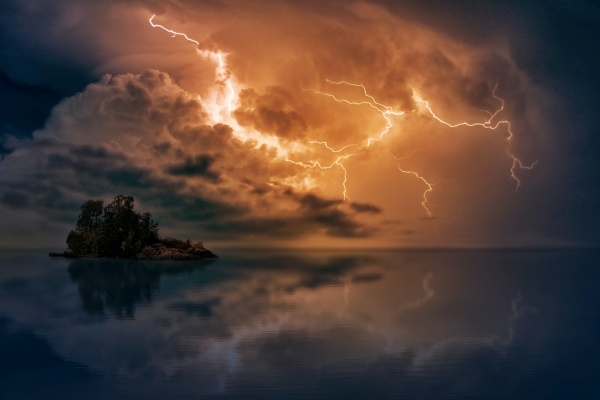 We are experiencing one of the most pivotal times of all time.  I have spoken in the past about what needs to happen as the old energy comes down.  Not only as it comes down, but as it is removed from the earth. You will find many, many people who have other perspectives of what is happening and I invite you to use your discernment. Much of what I read is supporting what I know, but coming from a different perspective.

The end result of this ascension process is that we the people will be free!!! Yeah! Freedom has been an illusion for many thousands of years even if those living in the experience did not realize what was happening. If you have been following my blog you probably remember how I have talked about the deep state.  This is a phrase used to describe a group of people.  These people are actually a very small number and they can be linked back to 13 Venetian families and have evolved into a world-wide mafia including the Catholic Church and many royal families.   They Have had links to the reptilians at lived inside the earth.

These people are Satanists meaning they worship Satan and practice acts that are truly despicable. I choose not to go into these acts as you can find out on your own through searching.  From there, they have many, many others who have done their will or have been blackmailed into doing what they seek.  The corruption is within corporations, governments on the state and national level, media, social media, and more.

Right now, in the US this is playing out through the corruption in the election of November 03, 2020. What started out as the Democrats vs the Republicans is actually the corruption vs Donald Trump.   Donald Trump is at the head of a group of people who take them down and we are now coming very, very close to the completion. From the time he entered the office he has been working to accomplish this on a worldwide level. I have read a great deal about all of this and watched documentaries such as Into the Light, Cabal Fall, and then many, many podcasts. A great many of these are now banned through censoring.

This leads to censoring.  We are here in the US which is supposedly a free country where people encourage free speech and a healthy debate; meaning respect for each other’s opinions.  You do not see that at this time.  We are deeply divided and this is what the deep state wants.  They seek to control and manipulate people. They seek to subvert ideas, freedom of any sort, cooperation between people.  In essence, think of the 3rd dimension and the duality it represents.

Back in March 2020 the last of the reptilians were removed and were taken off-planet and even out of this universe. They were the ones feeding the evil and a large part of how this came to be.  We still have humans perpetuating this evil and they are the ones who are coming down. It is not just within the US, but worldwide.  As we create the change here in our country it will then move throughout the world.

We stand in a place where the majority is awake at least in some form or another. By awake, they realize that all is not as it seems. The fraudulent election went a long way toward this awakening. However, there are still many people who simply choose to remain in their old belief system and within that belief system, they see President Trump as a racist, crass, domineering, selfish person.  This is how the media wanted people to think about him. This is an example of how the media is influencing people through their own agenda. Then to go on with the social media platforms censoring people in an attempt to keep the truth hidden. They have lied about the riots and Antifa this past summer. They have not spoken out about the bribes that the Bidens have taken from Ukraine & CCP even though it has been proven.  In addition, they have harassed and attacked the Trumps since before he was elected. Their intention was to get him out before he could bring them down.

The truth is once you begin to look benight the surface and quit listening to the media; Donald Trump is someone who could not be bought, he is someone strong enough to face down these incredibly evil individuals and he knows how to make a deal.  This is why he is the president and what he has been doing for the past four years.  It will all come out in the next few weeks and most people are going to feel shocked and betrayed.

Even if you are reading this and everything has already come out, I hope that this will help you to understand.  I could of course go into much greater detail but many others have already done so.

At the end of the day, this is about Good vs Evil.  This is about clearing out the low vibration so that the entire planet is able to vibrate at the fifth dimension. As always with the light it illuminates all that it encounters; we have won!!!

THE LIGHT IS REPLACING THE DARKNESS!

If you have any doubt, I remind you that we are living in the 5th Dimension, Gaia has ascended, and we are too!! This is something that has been carefully observed by the rest of the universe and we have a great deal of support from the star beings.

Even though the dark energies want people to be afraid and the media will state certain actions are to happen including perhaps nuclear war. It WILL NOT happen. Everything has been done in such a way to preserve the planet and human life.  We are successful and the Age of Aquarius is beginning.

Here are some of the people I am following.  If you have others that you like, please share in the comments.

I have channeled the Universal Light Beings several times lately with messages from them about what is happening to be in support of humanity.  I’m including the channel from January 8th and the one from New Year’s Day. I’m sure I’ll channel them again soon as we move through this process.

As the Goddess will say “At the end of the day, there is only love”.  The 5th dimension is love and love is supporting each other feeling compassion as this comes out.  Where we go one we go all!! #wwg1wga

+ - Credit Click to collapse
Shelly Dressel channeling the Goddess of Creation. All rights are reserved. You are welcome to share this channel, but we ask you not take any portion of it out of the body of the channel and to retain this copyright message. For further information please check out our website: www.goddesslight.net
Source Here
CrystalWind.ca is free to access and use.
Please support us with a small gift of $11.11 or $22.22 or $33.33.

We have 2292 guests and no members online