The Federation Of Light: The Light Has Won

The Federation Of Light: The Light Has Won 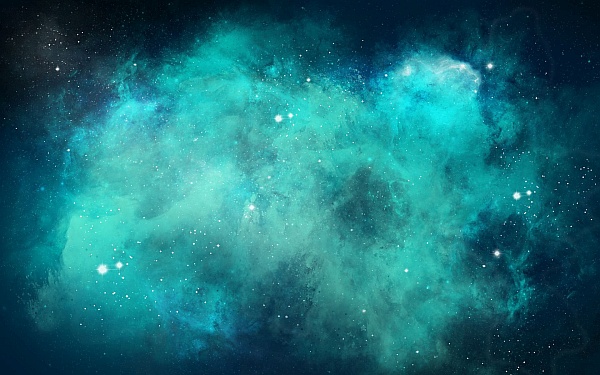 Hello there! Well, all I can say after your spectacular live appearance on my last YouTube is … follow that! No pressure!

Welcome to Each One who joins you here, Blossom, and we are indeed, impressed with the amount of viewers that ‘came to the table’. For our intent is to assist in elaborating the Truth, so one may know of it!

As both you and White Cloud did so beautifully. Thank you. Someone sent a short video about a Pillar of Light that was seen in Perth*. Apparently, there were four of them. Which appeared very quickly. I know you are aware of which I speak.

Indeed, Blossom. We are aware of this phenomenon and yet, it is not as such a phenomenon … to us … at all.  The scientists are baffled by it, yet, we can explain it quite simply as … ‘Being Of Light’. Certainly, electricity must be involved and yet, we would say it was ‘communicated’ from Sky to Earth by a vessel from ‘elsewhere’.

Many more, as we have said, shall begin to appear as the frequency rises. However … although we would choose to call these ‘Pillars of Light’, we would also express that the ‘ones’ we originally spoke of have not yet been presented. These ‘larger’ ones that are to come will remain and ‘move’ stealthily across your skies and as also spoken of, shall contain information to ‘be received’ to the individual.

Yes. I remember you saying so. Which in itself is mind-blowing. ‘Stealthily’ meaning ‘not seen or heard, incognito’ … yet, in the past, you said they would be visible? More confusion.

They will ‘be protected’ … Cloaked and uncloaked as and when necessary.

And so, when you say ‘remain’?

Yes, they shall, yet, not always visible.

Thanks for clearing that up. I also remember having a bit of a fallout with you in 2011 because they didn’t show when you said they would! Story of my life!

Blossom, is it not that both parties have agreed /understood it is best to leave dates well alone?

You betcha sweet apples we did! So, the Pillars in Perth? Do they have a purpose?

They infuse the Earth with an electrical current that travels far and wide. And as you are picking up on Blossom, they are part of the ‘Awakening’ process that we spoke of regarding the Monoliths and the Crystals underground and the ‘activation of such’.

Yet, the Pillars hasn’t activated all that you spoke of?

No indeed. For it is not yet time. However, we would say that the necessary ‘electrical current’ … for now … is in preparation for such an Event.

It creates circuits within a radius of its implant.

So that would mean there would have to be many ‘seen’ all over the Globe?

This is so. Yet, to catch on camera will not prove to be so easy, as they happen ‘in a flash’, would we say.

This is exciting, yet, I am not, with respect, going to get too excited … as yet. Time, you and I, are not always in agreeance!

And yet, dearest Blossom, you and many are coming into a place of acceptance, in the KNOWING that ALL we have presented to you … all that we have discussed over many years, will indeed, come into fruition when it is appropriate to do so.

One will find that ‘many happenings’ once they begin, appear in rapid succession. One after another … Yet, giving you time to take a breath in between, so to speak.

Well. That’s handy to know. Anything else on the Pillars, for now?

We do not feel so. There is much that can be looked into** from past conversations on that matter.

Thank you. How about more on Fergus the fungus? How’s he developing? I have been sent information about a fungus connected with the dreaded lurgy that took over the Planet in the last few years. Is this what you mean?***

As we say, Blossom, when the time comes for one to remain safely indoors, the prospect of this and the propaganda around it, will certainly be enough to ‘have the desired effect’.

It will be ‘presented’ as ‘more deadly’.

How can you get more deadly than dead?

Then, would we say, more ferocious.

A FEROCIOUS FERGUS FUNGUS! You gotta Love it! Yet, how will it present in terms of symptoms?

I am feeling a little anxious here due to what ‘I think’ my mind is picking up from you … regarding it being ‘originated from the ‘needle’. Is this so?

For some. Not everyone. For not every one of those ‘needles’ contained the same strain of infection/infections.

I am so confused about it all. For instance, I don’t get when you say that this worldwide lockdown is conducted by both the goodies and the baddies.

The best way we can describe it is to say that when one knew of ‘darker agenda’s’ … then the Divine plan could interweave its magic and outstanding strategies to ‘make it work’ for the Highest Good of All.

I know it sounds like I am not Trusting what you say. I am just dubious because it all seems so far-fetched and so far removed from actually happening.

Dearest Blossom … if one was to tell you five years ago, of all that has ‘come to Light’ over the last few years, would you say that this too, was far-fetched?

I would indeed. Indeed, I would. Point taken. I guess, the ‘responsibility’ of bringing Truth through from you … is quite daunting. Wouldn’t be the first time our street cred went out the window.

Street credibility does not concern us, Blossom, as you know.

WE KNOW WHAT WE KNOW.

Yet, it is possible for all this to change, is it not?

That’s big! So, to go back again to clarify … is Fergus the fungus actually deadly? Just to clarify also, it was me that named it Fergus!

No. Definitely not. No more than that which has invoked fear upon your Planet over the last few years. It is not the actual ‘thing’ itself, that has reportedly removed souls from the Planet, yet, it depended on ‘the state’ of the inner workings of any one particular body, as to how deeply it became affected.

Know that this ‘guise’ will be the …

We are choosing our words carefully here. This guise will be the predicted fallout that is to be exposed in order for your Planet to be able to move on/into your Brighter future.

This is what we ask of you to consider now, and when this takes place.

I AM THE LIGHT.

I AM THE LOVE.

I AM THE TRUTH.

CONTINUALLY VISUALISE YOUR FUTURE DAYS AS ONE’S OF LIGHT AND LAUGHTER.

CONTINUALLY KNOW WITHIN YOUR BEING THAT NO MATTER WHAT IS PRESENTED TO YOU ‘OUT THERE’ … THE LIGHT HAS WON.

YOUR LIGHT AND YOUR LOVE

WHEN YOU HOLD ON TO THIS TRUTH …

WHEN YOU KNOW IT …

WHEN YOU TRUST IT …

YOU WILL BE SERVING YOUR SOULS … THE SOULS OF ALL … AND THE UPLIFTMENT OF YOUR DIVINE GAIA … FOR THIS IS WHAT YOU CAME TO DO.

Tickety Boo. And so it is, indeed! In Gratitude. In Loving service. I AM.