William LePar
A+ A A- 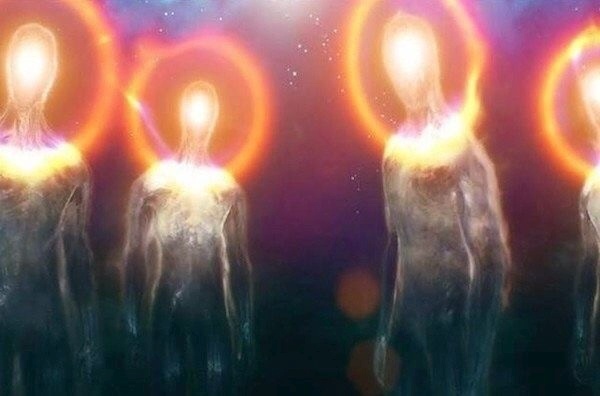 William LePar’s spiritual source, The Council, says that humankind entered the material world when it was far less dense than it is today. He entered basically as a spirit form or light being, but with more involvement he became more solidified.

The Council:  By the design of all as it evolved, now, we are talking about nature and not man, nature, as man became more dense or as the soul became more dense and became man, so did the animals that would be necessary to feed the physical body once it was dense enough that it needed to be maintained through an exterior supply.  In the initial times when the soul began to take on an actual form, it fed off of, how can we put it, it fed off the gases of creation.  Now, that is not exactly accurate, but because there is a limit to what we can explain, not in that we are not permitted but in your ability to understand, we use the term "gas" or "fed off of gases of creation," we are not referring to gases as you understand gases. All things emanate one form or another of electricity or an electromagnetic field, and as the soul became more dense then and it began to form into a physical body, it could sustain itself after a certain point, it was necessary to sustain itself from an exterior supply.  Up to that point it sustained itself directly from the flow of God.

The Divine In-Flow is your source of life. After a certain point where density outweighed the spiritual texture, then it was necessary to supply that density with a more dense form of energy.  And in the very beginning then the physical body was able to sustain itself from these forces that emanated from all things.  Of course, as the body became more dense, then it was necessary to resort to a more dense form of nutrition.  And in this process then those animals that were destined to supply the body evolved into a relationship with man so that he would have a constant source of supply.  Those animals that are much more suited to man were much more available to him and in a better relationship to him than other animals that would be less desirable.  Of course, as all things go with each of you, you were not happy with what was available.  You had to venture out into areas of nutrition that were not the best for you, so you domesticated other animals that were not as wholesome and healthy.  But then again, isn't that the nature of man.  Does that answer the question?

Questioner:  Yes, it does.  It opens a number of other ones.  But yes, that pretty much answers the question.  Could I ask you for one example of what animal that we have domesticated for food wasn't originally planned or is not beneficial to us?  Would that be like pork?

We have 1742 guests and no members online