Detachment (not Denial) is a Good Thing
A+ A A-

Detachment (not Denial) is a Good Thing 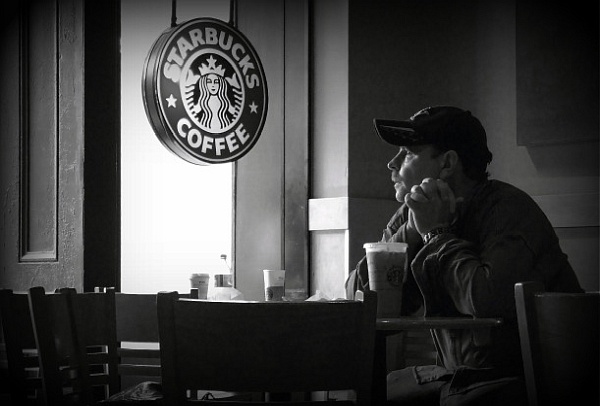 Many of us, as we move into a 5D experience, are feeling more detached from the world outside our door, the world of duality. No, not groundbreaking news.  It doesn’t mean we don’t enjoy the environments we find ourselves in, or enjoy watching the news from time to time.  Sometimes we like the feeling we get.  We like getting ourselves triggered, because it helps us through what is a challenging phase of this process of transformation – the boredom.

Humans don’t like being bored.  They prefer drama over complete boredom.  But, boredom is a natural stage of this process, and no, it’s not permanent.  As we allow spirit more and more into our bodies and our lives, we begin to feel a sense of fulfillment from the inside out.  It’s vastly different from trying to feel fulfilled from the outside in.

But it doesn’t mean we can’t participate in things in the world,  but we will be gravitating toward more things that bring us a sense of joy, and less and less toward drama.

When I read about things going on in politics, and especially about women’s rights, I can get pretty triggered.  At the same time, I recognize they are not my issues.  And, I recognize that I am here as a female to help shift the consciousness around how women see themselves.

But there is the eternal me that knows it is what it is, that the world is where it is at, and railing against it isn’t the answer either.

So, what we have is an awareness of what is happening, that there is an imbalance on the planet toward the patriarchy.  There is no denying that fact.  All the positive thinking in the omniverse isn’t going to change that fact.

But, at the same time, I am detached from that fact.

This awakening process isn’t about being in denial of what goes on here on Planet Earth.  But it is about being detached from it.  There is a big difference.

As a conscious human, you can see many different perspectives.  There is the perspective that the toxic masculine is attempting to perpetuate the suppression and the erosion of the rights more than ever of the feminine on the planet.

And, you can also see it as the Divine Feminine doing its thing.  It’s here and assisting the planet to balance itself and what we are seeing is the fears of the Patriarchy doubling down.  Light is disrupting old systems.  And what can be older than the patriarchal system?

An awakened human doesn’t need to look at the news to see what is happening because they can sense where the planet is at.  The awakened human has developed an awareness that transcends anything they can read, hear or see.

An awakened human has learned to work with energies.  They are adept at working with the light and the dark.  They don’t allow the dark to overwhelm them, because they understand what the dark actually is.  They have mastered their own dark emotions.  Their own sadness, their own doubt, anger, shame, their own wounds.

They don’t deny those emotions, no. Not at all.  They are aware of them.  But they are not allowing them to be their truth.

People are trying to deny their own emotions all the time. Which is why the are projecting those emotions onto others.

Someone told me once, that there is no sexism…..that “We men love women!”  But this same man also said that women are being irresponsible if they need an abortion, and that he does not want to pay taxes for women who need abortions.

This man was incensed and insulted when he was told he had some nice feminine qualities.

But he insisted that if he had any underlying issues, he would not allow them to interfere with our relationship.  But, I told him that you can’t leave your issues at the door, especially if you haven’t faced them.

So, there is denial, and there is detachment.  And I don’t mean a dissociative detachment as in schizophrenia.  I am talking about the healthy detachment that results in allowing all the emotions to be, and to also not take them personally.

As we know, it’s not something you can learn in a book.  It’s something you have to experience first hand, by going through the awakening process.

Toward the end of my mother’s life, she became detached from her reality.  She sat in a nursing home, and it appeared she didn’t know who I was. She no longer spoke, and she stared off with a bit of a smile on her face.

It was sad for me as the human, but for her, it was the best place for her to be.  She was slowly feeling out her new non-physical environment, and slowly detaching from this one.

And looking around at that nursing home, which was sadly one of the top rated ones in the area, it was a blessing she wasn’t any longer focused locally.

There was a part of her that was still aware of her surroundings, but chose to no longer engage with that world.

Those of us who chose the accelerated path are sort of doing the same, without having to do the nursing home scenario.  In fact, we are integrating all of the parts of us that were lost, and wounded. We as the human get to have the benefit of the other, eternal part of us.

We don’t need to wait till we transition to feel those benefits.

But the tricky part is what we are experiencing now, in these physical bodies, and in these minds.  Notice I didn’t say our physical bodies or our minds.  Because, they are really not ours.  For the most part, they are inherited.  We are in the process of developing a new body of consciousness, which includes a crystalline body and mind.

And a new, sovereign heart.

As women especially, we are lightening ourselves up substantially.   Letting go of the walking wounded in our life.  There is no room for self-sacrifice, of suffering or hand-holding in the place we are going.

Sympathy and even empathy dissolve into self-love.

Many woman have been in a kind of denial, in which they believe their role is to assuage the male anger, and to make others more comfortable in their unconscious state.  They are denying their own magnificence.  Their own strength.

But it’s all changing now, beginning with those of us on the forefront.

And, it’s done from a place of healthy detachment, not denial.  Detachment from the world outside our door, and from the inherited thoughts and emotions that swirl around in the mind.