Welcome To The Acceleration
A+ A A-

Diving Into The Deep World 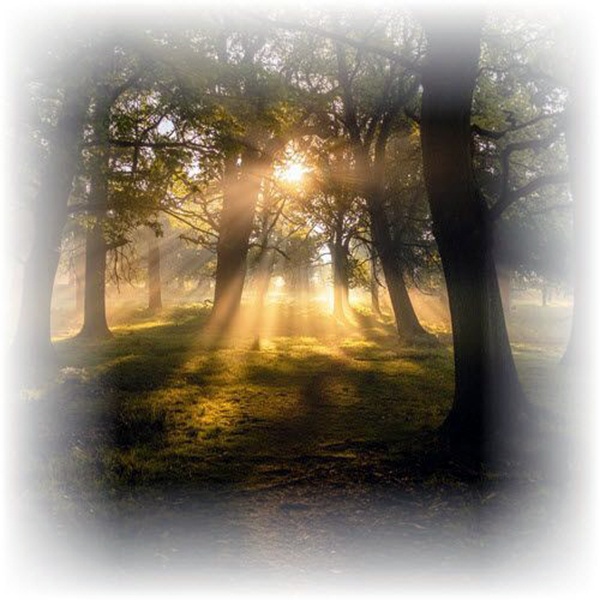 I’ve been studying the four branches of the Mabinogi and other ancient Welsh texts in recent months, delving into the mythology to mine the nuggets of wisdom that, potentially, have been passed down from our ancestors for many thousands of years. Who knows? Maybe longer, as we update our understanding of human history regularly with every new archaeological discovery.

The more I learn of Celtic culture the more I resonate with it and feel that its stories reach even further back into time.

Discovering how the ancient Welsh named the Otherworld has made me fall in love with it all over again. Actually, Otherworld is a bit of a misnomer as it suggests a realm far removed and completely separate from the reality in which we live. This interpretation has likely been heavily influenced by the Christian tradition which would have seen the Otherworld as a pagan version of its own distant Heaven populated by divine, immortal beings.

In Welsh, the Celtic Otherworld is called Annwfn and it translates as “the very deep world” or “the very deep space”. So it wasn’t in any way seen as separate from the world and reality in which we live every day. Rather it was very much present within it, or existing parallel to it but at a deeper dimension. It wasn’t difficult to access, and there were usually places which were known to be doorways, such as faerie or burial mounds, and certain times of the year which further enabled contact, such as Samhain. Essentially Annwfn is seen as a cthonic realm, which means it exists below the ground and within the earth – an Underworld is probably more accurate. It was necessarily, then, also seen as the home of the dead and the ancestors. So “deep” could simply refer to its location underground.

But I believe it suggests more than that; I think it also means wise and profound, giving meaning to and informing the surface physical world that it underlies. A blueprint if you like; a sort of template. I know I’m projecting a modern reading of the word “deep” onto the old Welsh, but then the bardic tradition certainly appreciates a play on words so it doesn’t seem too inappropriate! In the Welsh myths there are tales of immortal or possibly divine beings originating from Annwfn who possess supernatural abilities, and magical objects or elixirs created there that impart gifts such as inspiration and immortality. There is frequent movement back and forth between the worlds and the sense of a natural and long-standing relationship between them, albeit uneasy at times. Humans are invited or taken to Annwfn for lessons and initiations like Pwll, or deliberately choose to venture there in pursuit of a divine blessing or treasure like King Arthur. Faerie women like Rhiannon fall in love with human men, engineering encounters with and even marrying them, bestowing the abundance and wisdom of the deep realm on their human husbands for as long as they’re treated with the requisite respect. The human world and the deep world are very much intertwined.

For me, this makes so much sense of the archetypal and spiritual world. It isn’t just some distant kingdom up in the clouds that has no connection to human life, making impossibly difficult demands to earn entrance to it, and existing in an ethereal isolation of perfection. Rather, the spiritual is inextricably interwoven with my everyday reality and is easily accessible to me from wherever I am. I just need to be open to making that downward, inward journey, gazing below the surface of things. Particularly at this time of lockdown when I’m spending all of my time on the small plot of land that is my home, and much of it outside its four walls while the sun shines, I feel and know this deeper realm, Annwfn, as literally just a breath away. It’s in the very ground I walk on. As the modern Celts would say, the veil seems incredibly thin. It makes me sad that as the Christian church took greater hold over centuries in Wales, the Otherworld lost its divine label completely and became synonymous with its demonic opposite Hell, contorting what was an honoured, idyllic realm of the dead into a miserable firepit of eternal damnation.

There is great danger in seeing the divine and the heavenly as somewhere “other” than the world we live in, and we’re currently reaping the grim harvest of that viewpoint. By disconnecting our spirituality from the earth and from this physical experience of life which includes – crucially – death, we have no motivation to honour, respect or care for it. Instead we focus our attention on and invest our energy in a distant ideal that can have no real impact on our existence. An ideal that keeps us detached from our bodies, our human experience, the planet, all the life-forms that inhabit it, our ancestors, and each other. With this detachment we’ve lost the ability to recognise and accept our role as tiny cells within a vibrant planetary body. To borrow Christian terminology backwards, we threw ourselves out of the Garden of Eden and began to wander in the desert. We fell, out of the Great Mother’s cradle.

I believe that the current global situation is an opportunity for all of us to visit Annwfn, in its many representations. To search for the deeper meaning, sense of connection, belonging, and values that have been so lacking in our cultures for too long. To have the courage to look death in the eye, feel the grief, and still set a place for him at the dinner table every evening. To appreciate and celebrate the simple joys. To ask our early ancestors to help us remember how to take only what we need and always offer something in return. To feel the life-force and sense the consciousness in every rock, plant and animal as equal to our own. To invite more magic and deep space into the way we live, knowing that because of the interdependence of all things, what we do for ourselves we do for all.