Enlightenment - A Shock To The System 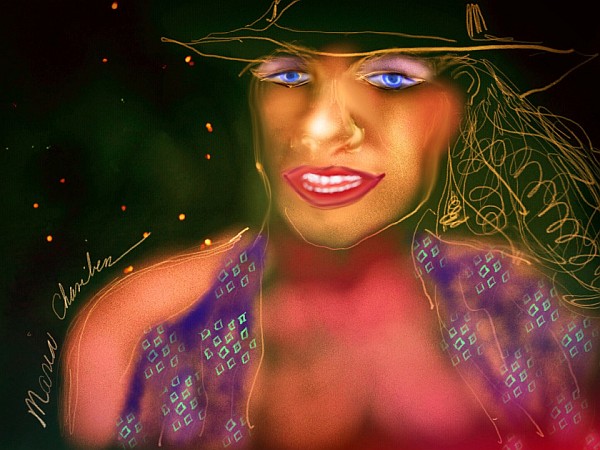 If you’re far enough along in your awakening you have discovered that wanting love, acceptance and acknowledgement from others has more to do with insecurity than anything else.  You realize more and more that this awakening is about self-love and self-acceptance.  And it is more and more a solitary road.

You may be surrounded by kindred souls, whether it’s in your community or virtually, but you are acutely aware that you are doing your ascension, embodied enlightenment solo.

You take it deadly seriously, this integration of mind, body and spirit, and you allow nothing to distract you, not even your own mind.

You eventually release all of the distractions, whether it’s other people, groups, jobs, goals, trying to be a ‘better’ person….and, most importantly, the mind’s internal drama.

Some people I know are proud to share with me how they have accumulated more friends and activities in their life.  They seem to enjoy cramming as much doing as they can in a 24 hour period.

On the surface they seem happy, but they are also terrified of spending quality time with themselves, just ‘being.’

Doing things is an important part of this physical experience, of course.  But as we awaken we discover that it’s the sensual nature of the things we are doing, not a checklist of accomplishments.

So being busy isn’t a bad thing, and can be very satisfying, provided that whatever we engage in is enjoyed for its sensual qualities.  Meaning, the less we are in the head, and the more in the heart, body and soul, the more satisfying the experiences.

Some of the same people who enjoy lots of activities and goals have shared with me that the more friends they have in their life the more loved they feel.  The more accepted and acknowledged.

Many of us in our former life have also been there, until it burned us out.  Until we literally got sick and had to give it up.   Until we began to awaken.

After a certain point we realized that it became a liability to continue to seek outside validation.

There’s a new series on Netflix called Living With Yourself, about a man who seems unhappy in his life and his marriage.  So he decides to buy ($50,000) a process in which he can become “a better version of himself”

Which turns out to be a clone.

His alternate self, the cloned version, appears to be nicer, more considerate, enjoys life more on a sensual level.  Is far more inspired and creative.  Which translates into more success at work.

All the boxes appear to be checked off.  But there is a dark side to version 2.0.  He wants the life the original version is living,  there is no sense that this improved version has become enlightened in any way.

No sense of sovereignty is evident.

Like many of these series, they don’t really get to the underlying reasons for the unhappiness.  And if they do, they attribute it to others making them unhappy, or their outer circumstances are at fault.

Or they believe it’s because they themselves haven’t taken the initiative to improve their lot in life.

I also took a stab at another series on Hulu called The Good Place.  After a couple of seasons, I lost interest.  Again, it was about how people are rewarded or punished after their death for being good or bad people while alive on the planet.

The valuation system was ludicrous to me but seems to go along with the collective consciousness….good equals how many good deeds you did, how self-sacrificing you were.

Bad equals, well, just reverse the good deed thing, doing ‘bad deeds’ or not doing much at all with their life.  Which it seems in some circles is the worst sin of all.

And, apparently, heaven had not been accepting new recruits in over 500 years.

But the idea of becoming a ‘good’ person isn’t a far-fetched movie and tv show theme.  Look at every Christmas movie out there.  The idea may be more interesting to younger, less experienced souls.  Or to those with religious affiliations.

A good person would be kind to others, love others, help those in need, and never be self-serving.  Always put the needs of others first.  But what they don’t explore or explain is that one must come to accept and love themselves first, otherwise the giving is just a way to avoid their own self and their own self-judgement.

And it serves as a brownie point system.  Accumulate enough points and you get rewarded.  If not here, then in ‘heaven.’  Delayed gratification,

Another tv series, which I actually enjoyed because of the actors, was My Name Is Earl.  It was an attempt to be spiritual using karma as its theme.  Do good things and good things come to you.

Which, for Earl, never seemed to work.  In fact it backfired on him every time.  Which of course led to comedy hi-jinks.

He wanted to turn his life of crime around after winning the lottery and then immediately getting hit by a car.  Car karma.  So he decided to use the lottery money to devote himself to ‘righting the wrongs’ he felt he did to others in his life.

Which sounds noble on its face, and there is a lot to be experienced and wisdom to be gleaned on that path.

But it’s missing the point of karma being a man-made concept of self-inflicted suffering.  And that interfering with others, and trying to save them from their own choices isn’t exactly enlightened.

A SHOCK TO THE SYSTEM

Awakening is such a radical departure from the concepts of right and wrong, good and bad, guilt and punishment.  And from the desire to be loved and acknowledged.

Awakening is a shock to the system.

Everything you were taught goes out the window.  It’s not at all about striving to become a better version of yourself.  It’s not about looking for love in all the old places.

You go through the process and you start to realize that being balanced in your dark and your light, your masculine and your feminine, your human and your divine requires a total acceptance of your human self and all of its so-called less than admirable qualities.

And you discover that you need your soul to be in the driver’s seat in order for that to happen.

Some believe that they first have to demonstrate the ‘best version’ of themselves to qualify for awakening and ascension.  What they don’t yet realize is that upon awakening and claiming their sovereignty, and their freedom, they often become less popular, and sometimes less friendly and considerate.  Especially when it comes to not tolerating energy feeding from others.

They walk away from groups, friends, or even family at times, and are seen by others as cold, uncaring, and selfish.  The antithesis of what they were taught was spiritually correct.

So it can be confusing and distressing to the human mind going through the transformation, because awakening isn’t understood by most of humanity at this time.

But meanwhile, we are discovering something fascinating.  That we don’t need the favor of others.  We don’t need to earn respect, or prove our value.  We just simply allow the energies to serve us.

We don’t try to manipulate the energies, or others.  Everything we need flows to us as we need it.  We don’t need to stockpile energies.  Everything is in the now, and that’s probably the hardest idea to get used to.

Humans are used to working hard and earning energies from life.

So, meanwhile, people want better behavior from others, From their friends and family, and from their political and spiritual leaders.  Why aren’t more people nice?  More caring and loving toward their fellow humans?

Why don’t more people get me?  Why aren’t I more loved?  I need more friends who get me.

All a game played by the human because they aren’t ready or willing to get off the treadmill of group think and onto the path of self-love.  And from that path of self acceptance they serve the rest of their human family in a way that truly brings the greatest potentials for change.

The Next Step in Your Evolution: Paradise on Earth ∞The 9D Arcturian Council

We have 1416 guests and no members online