Good Vibes, The Law Of Attraction, And Ascension
A+ A A-

Good Vibes, The Law Of Attraction, And Ascension 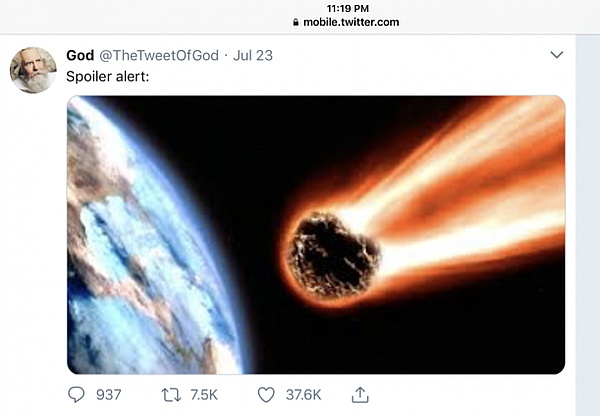 It’s no big surprise that we attract things to us according to our frequency, or some call it vibration.  Even neuroscientists have researched and concluded that like attracts like when it comes to our vibrational frequencies.

So, it stands to reason, the higher our frequencies, the better stuff we attract.  It’s Law of Attraction 101.

However, just like religion, or the original teaching of Yeshua (Jesus), this universal law has become misunderstood, and maligned over time.

In fact, Yeshua demonstrated quite painfully, at the end of his short life, how the Law of Attraction works.  He pushed against the powers to be in such a way that they ultimately pushed him back.

Consequently he became the symbolic martyr for time immemorial.  According to many people on the Planet, he literally and symbolically died for mankind’s ‘sins.’  And, interestingly, that really wasn’t his intention.

But that suffering energy hasn’t left.  It continues today, and it’s got the backing of religion.

If He could tell us anything about those events in his life those 2000 years ago, and what he learned from them, he would say, “Get me off the cross!  Get yourselves off the cross! Suffering gets you nowhere.”

But there is some confusion around this phenomenon of frequential attraction.  That’s because most people who come across its teachings are trying to implement it with their mind.  Which is understandable.  Most people operate predominantly from that grey matter most of the time.

So they try to think their way to better health, or more money, or whatever.  If they focus enough, they believe, on what they want, it should come to them.  And when it doesn’t work they say that there is no such thing as the Law of Attraction.  But what they are missing is that it’s their vibration, not their thought, that is creating their reality.

Someone may be thinking of having a financial fortune, how they would spend their money, etc, but, if their predominant frequency, or their predominant emotional set point is lack, or feeling unworthy, then they will not have satisfying results.

The confusing thing about going through ascension is that things in our life seem to get worse.  At least initially.  If my vibration is raising, how come my life doesn’t reflect it?  Where’s that damned Law of Attraction now??

As we have discovered, light disrupts.  And the amount of light in our body and our life has done some really disruptive things.  It will bring up things, emotions, diseases.  It will spin things out that no longer serve us.  Whether it’s relationships, jobs, etc.

The light, we could say, is clearing the way for the higher and clearer frequencies.

And the physical body seems to be the last to catch up with our consciousness.  So it’s not that things aren’t moving in a direction that will be much more satisfying to us, but unfortunately, we also have these carbon-based, ancestral bodies that still have resistant energies in them, some of us more than others.  And there is the problem of too much light blowing out all our circuits.  So things seem to be going at a snail’s pace.

But, it’s not happening from our mind.  The mind is not equipped to do any of this transforming and transmuting.  Just as the Law of Attraction isn’t achieved by just thinking about things.

Emotions create.  If we feel, on an emotional level, that life is supposed to be hard, it will be.  But that emotion is generated from the mind.  The higher and finer vibrations we elicit come from the soul. So naturally, as our Soul, we will attract more pleasant experiences.

The heavier, denser emotions, which are of 3D do attract things and experiences to us, but in 3D, those experiences are not usually very satisfying.

But the confusion in the ascension process is that we must rid ourselves of those denser emotions.  Yes, of course, ultimately, we need to be vibrating higher and more clearly in order to have more satisfying experiences.  But there is an integration period in which those darker emotions will be purging.

And, I have said this numerous times, those emotions are not even ours.  We have inherited most of them.

And, what many people miss entirely with this process is that it’s all about self-acceptance.  That’s the elixir.  That’s what does the transforming,  and that self acceptance and allowing is the hardest part of this process.  Because it’s the hardest thing anyone must do.

Not at all.  It’s about opening the door just a little, and inviting spirit into our life, and  letting spirit do all the hard work.  But as the human, we have to open some doors.

And, those of us on this awakening path have done that.  We have opened the door. And sometimes the light comes flooding in and we feel overwhelmed.  The door doesn’t have to be opened very wide in order for the light to infiltrate the rooms of our house.

But we also discover it’s not about wrestling with any of it.

Now we know, as Maters of our own creations, we can walk away from energy feeders.  We don’t have to try to reform them.  Because if we do, we end up nailing our selves to that metaphorical cross.

Upgrades & Downloads from the Earth & Sun ∞The 9D Arcturian Council

Astral Larvae: What Are They And How To Protect and Eliminate Them

The Prayer Of St. Francis

Your Truth ~ Teachings of the Masters

We have 1777 guests and no members online