Humanity Is Just Beginning Its Awakening
A+ A A-

Moving On From The Guilt Game 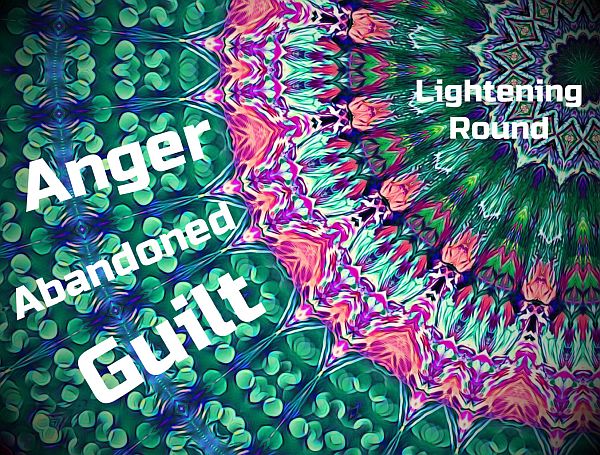 For most of my life I thought that my sense of guilt was a product of my upbringing,  my parents wielded guilt in an attempt to keep me from doing things they deemed inappropriate.  And, to their credit, they were trying to protect me from what they perceived as a dangerous world, especially for a female.

So I carried that guilt with me throughout my life, trying to extract it from my being. Eventually I began to realize that guilt has been part of the human condition, and it afflicted just about everyone to one degree or another.

The emotion of guilt had its origin in the initial separation from source.  When we each individuated in an attempt to become sovereign beings.  Source wanted to separate itself into endless individual aspects in order to experience itself.  Which was great, but the problem was, then those aspects, which eventually included us humans, forgot who we were and started to feel like we did something wrong.

Because we didn’t feel spirit anymore.   I won’t go into it.  It’s a whole thing,

And so there is also the manufactured guilt that was being wielded in order to keep people in line.  Religions especially enjoyed their version.  You know, the whole sin, guilt and damnation thing.  But then, there are always those who kind of enjoy being controlled.  The idea of thinking for themselves is, well, unthinkable!

But just because guilt is not real, it doesn’t mean it hasn’t directed our thoughts, and our actions.  How many times did we give into it?  How often did it stop us from doing something, in our heart, we knew we would really enjoy?

How often did we compromise our own joy because of that emotion?  What kind of impact has it had on our physical health?

You may have noticed something about guilt.  That it is going away.  Maybe not completely yet, but it seems to no longer have the grip it once did.  Of course some of us have been more susceptible to it than others.  No matter.  Once it begins fading into the distance, it will never affect us in that compelling way again.

More and more we are acting from a place of joy, not obligation.   So there may still be some residual guilt but now it doesn’t stop us from trusting our choices.

I noticed something interesting about the emotion.  It is seductive.  It’s a self-inflicted punishment, and it serves a purpose.  If we are busy feeling guilty about something, we don’t have to deal with the actual issues.  One of which is self-trust, and self-respect.

For me, it has mostly involved relationships.  In my own awakening, I have let go of many people in my life.  Not from a place of anger, but just from a place of knowing it was time to move on.

Doing that was particularly difficult for me, what with my history of guilt.  In fact, the releasing of those people, family, friends, husbands, lovers….was more of a gradual process.

After the breakups, some kept resurfacing in my life.  One in particular was becoming stalky.  Maybe my guilt kept subconsciously pulling him back in.

The guilt was telling me that I was not trusting my own decisions.  The choice to move on from many relationships for me was perfect for my own awakening process.  Of course it’s hard to explain that to those who are not at the same stage of this process.

They end up taking it personally.  And they tried to make me the bad guy for their own reasons, and part of me took the bait.  I have been accused of being unconscious of my own motives, and they somehow knew better than me what those motives are.

And the game ensued, because they were perceptive enough to notice that I still had some of that guilt going on.

To simplify, the script read, they feel abandoned and I feel guilty.  Rinse and repeat.

So guilt is a game, and it requires at least two players.  Because if one player opts out, the game is over.  Then the other player will just get tired or bored, and go home, or go find another player.

Guilt and feeling abandoned also requires a love of drama.  There is lots of that involved.  Because those who feel abandoned love playing victim.  And they love pointing the finger at the bad, bad person who disappointed them.

Those who feel abandoned are using the emotion of anger to avoid their feelings of sadness, or abandonment.  It’s easier to blame someone else than to face themselves.

Feeling guilty in its own way is also playing victim.

Guilt is a way to avoid the responsibility of being aligned with our soul.  Because guilt is not an emotion the soul feels.  To our soul, guilt is not real.

Nor is the emotion of feeling abandoned.

When we move on from relationships (even just emotionally, initially) there is a period of sadness and grieving on the human’s part that needs to be honored.  And it could take some time.  But the sooner the sense of guilt is out of the picture, the quicker we can move on.

I have noticed that those people who kept showing up after the breakup don’t seem to be around anymore.  I suspect it has something to do with my confidence in my decisions.  I am, after all, a wise human angel.

Your Journeys to the 4th & 5th Dimensions ∞The 9D Arcturian Council

On The Fence ~ The Group

Mary Magdalene Speaks About: Her Life

We have 2021 guests and no members online