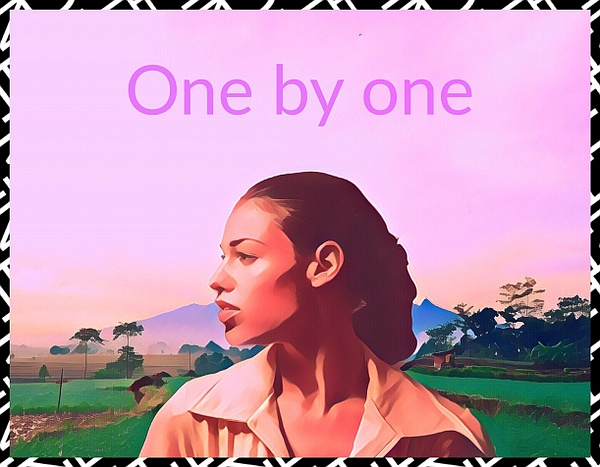 There is a misconception in some parts of the spiritual community that the planet will ascend en masse.  That some sort of Event will trigger a mass awakening.  That’s not the way this process works.  It’s done one soul at a time, one human at a time.  One by one.

This Event is explained as a planetary-scale, massive amount of Light and Love coming to Earth. It supposedly will hit us all at once, and will trigger a shock to the system.   It will be powerful and disconcerting, and everyone, no matter what level of consciousness, will begin to question their reality.

Supposedly, each human will then experience sudden unconditional love, and bliss.  And be reminded of home, and of who they are.

And those who are more awakened will experience an exponential opening of their master skills and abilities.

With all due respect to this perspective, it’s important to point out a few things.  If this were to occur, it goes against the whole idea of free will.  It implies that all humans are ready for enlightenment, or even if they are not, it is saying that it’s appropriate to impose an agenda on humans, regardless of where they are in their own soul growth.

You see, as souls, we don’t judge our experiences in this third dimensional playground.  As the humans, we tend to see our experiences on a scale of good to bad.  But our soul just sees them as a way to garner wisdom,

The concept of blasting the humans on the planet with light before they are ready to receive that light is akin to trying to convert someone to a religion they have no interest in.

Giving energies to those who have not worked out their issues never ends well.

We have heard horror stories about people who won a lottery of millions of dollars to end up broke and even more mentally distraught than before they came into a financial fortune.

That’s because when someone is blasted with lots of energy, and that energy can take the form of money, power, status, and, even light, it’s like putting a magnifying glass upon their issues. Those issues will just get magnified.

If the recipient was feeling lackful, and self-loathing, the money or position, or status, or light will create even more lack, more self-loathing, more self-destruction.  That is the way energy works in the universe.

All you need to do is look at our political leaders and their administrations and even those in powerful positions in our religious institutions to see that horror story being played out.  We see it played out as corruption, sexual abuse, cruelty, dictators’ assasination of citizens for personal gain.

Give more energy to corruption and it yields more of the same.

Light is already coming to this planet. And, yes, everyone on the planet is definitely feeling the light.  And it’s already causing disruption in their lives, even though they don’t recognize it as light.  And because of it, they are already doubling down on their defense mechanisms out of fear.  Imagine them being blasted with even more of that light.

Those of us know the potency of the light.  We have experienced first hand how disruptive it has been to our biological systems and our mind.  A little light goes a long way.  And we are souls who have prepared for this for lifetimes.  We have worked with our shadow, with our darkness, and that takes advanced souls.

Most people on the planet haven’t learned to work with their shadow, their emotions of fear and sadness.  Emotions of self-doubt and self-hate.  In fact they run from them, with drugs, alcohol, bad relationships, workaholism, you name it.

Most people are terrified to look within themselves because they tend to judge themselves harshly.

Humanity isn’t going to suddenly transform layers and layers, generations of unconscious issues and rise to the next level of awareness.

We are not here to save the planet.  If that’s someone’s end game, then they probably will not stick around this particular community.  As you go through this process of transformation, you realize that the rest of the population on the Earth’s surface will have to go through what we have gone through, in their own time, and in their own unique way.

Each and every human will awaken.  Most will not do it for a few more lifetimes.  In the non-physical realms, there is no time, so in that sense it doesn’t matter how long it takes.  The human mind likes to put limits and schedules on things.

If anyone is using the excuse that the rest of humanity is stopping them from receiving their own enlightenment, again, this isn’t the community that will support that idea.

Yes, it’s a good place to express our impatience, and our frustration.  And it’s natural to get frustrated with a consciousness that is so shut down.  And humanity’s consciousness is pretty shut down.  Absolutely.  But if anyone is waiting for the rest of the world to catch up, or even a larger portion to do so, so they can feel better, they will be very disappointed.

This process is an intimate one.  It’s between you and you, and no one else.  It’s a diving deep within the well of our own soul, and developing an intimate relationship with that self.  It’s a full-time job.  But, really, it’s not about struggling with it, or working at it.

It’s about just allowing it.  And it’s about enjoying life without the old baggage.  The old emotions of doubt, or of depression.  There is no processing involved.  We aren’t processing any more for ourselves or for the rest of humanity.

There is no virtue in suffering.  All of that gets left behind.

So we are not doing it for anyone else.  They must do it for and by themselves.  When they are ready.  They may want to explore the denser consciousness for awhile longer.

But, we are the examples of how it’s done.  We are the first group of humans to go through this process, but we actually do it individually.  As a group we can support each other, but we can’t provide anything else because each of us needs to experience it as a sovereign being.

It’s a foreign concept in a world where we are taught that we are responsible for others, for their welfare, and for their emotions. A world conditioned to believe that freedom can be imposed on others.

Not everyone is ready for their freedom.  That requires too much self-responsibility.

Embodied enlightenment requires being self-full.  Most people have no idea what it means to be self-full.  They see it as selfish.  But in order to move into our freedom, it requires a radical shift from being selfless to being seen as selfish.  So be it.  We can’t have it both ways.  We can’t have our freedom, and at the same time please everyone.

And, those who are also ready for their freedom, will sense our light, and they will have a template, created by us, by you, fellow pioneer.  And that will make their process easier.

We have 780 guests and no members online