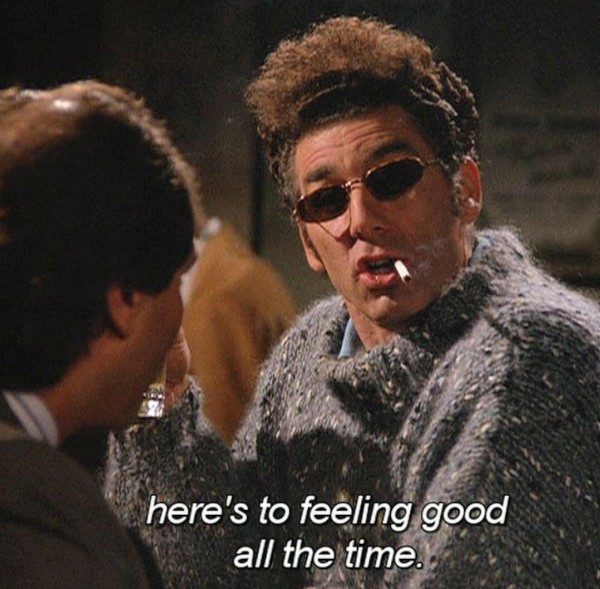 Have you noticed that in life, if you push too hard for something, it’s elusive? Or worse, it pushes you back? Whether it’s a health issue, or a relationship problem, or a social or political cause. The more you push on it, the more it pushes back. And nothing really gets resolved.

In conversations with others they occasionally try to trigger me, whether it’s a political or social issue. For me, my big trigger has been issues revolving around the female gender. How easy it is, as a woman to get triggered. And I do. I more often than not take the bait.

But invariably, that conversation is just an exercise in futility. The other isn’t swayed in my direction, but just keeps introducing their perspective more pointedly.

Then I realize it’s ok to voice my perspective, but I’m doing it more for me, not them. At the end of the day, who gives a crap what they or anyone else thinks?

If anything is still a sensitive area for me, then it’s my issue, not theirs. That doesn’t mean I’ll make myself wrong for getting triggered. It’s human to still feel those deep wounds from our past. And I don’t care how far along we are in our realization, there are still some wounds lurking under the surface.

They are clearing, make no mistake, but some are still being cleared.

If we look at Yeshua, he was a man who often turned the other cheek, out of compassion for others, and for himself. He would not engage in the drama. But there were times when he wouldn’t tolerate ‘fools.’

In fact, at the end there, he couldn’t resist trying to prove to the powers to be that his perspective with the right one. And that did not end well for him. Playing the martyr was not his intention,

But that is the perfect example of pushback. He pushed them, and they pushed him back.

This new way of creating our reality, from a higher perspective is not about pushing. It’s all about allowing, accepting, and receiving. Not allowing disrespect from others, no, we still need to set boundaries and not allow feeding from others. But it’s about allowing your own energy to serve you.

It’s certainly not the way the rest of humanity approaches life. They are still in the action-oriented version. And there’s nothing wrong with that version. Not at all. It’s working for them in some ways. But they will eventually get bored with it, and move on, like we have.

But there’s a learning curve with the new way. There’s a tendency to want to go back to the old version, until you realize that the new version is so much more effecient,

But meanwhile there’s a tendency to curse the new way, to feel liked we’ve been given an inferior product. But fortunately we downloaded the newest version of our enlightenment, and the old has been relegated to the junkyard of our past.

And there’s really no going back. We all have experienced what it’s like to try to do things in the old way. They tend to backfire. We are immediately faced with the results of pushing.

We become intimately aware of how this universal law works. Energy always serves us. It serves our impatience with its version of impatience. It serves our belief in lack with its own version of lack. This energy is neutral until we infuse it with us. And if we, over time, have played with the illusion of being unworthy, the energy will create situations that reflect that belief.

No amount of action in the universe can compensate for the feeling of lack. Or of being unworthy. But we can play with that belief. And we all have. Let’s see how we can create lack. Or abundance of resources.

Not necessarily. Interestingly, abundance of money and resources can be attracted to someone from a place of believing the money will solve their problems.

But they soon learn that the energies (in this case lots of money) just magnify the underlying issues. So often their lives will fall apart, and they will lose all of the energy (money).

It’s a great experience in how to play with energy. It’s all about our energy.

Very few people understand that it’s all just energy. And our relationship to that energy. But most are conditioned to believe they must earn money. And isn’t the idea of earning anything the same idea that we must prove our worthiness?

When you think about it, it’s a very strange way of being. The idea that energy is out there somewhere, and it must be earned. Or stolen from another.

But again, it’s the pushback dynamic. If I push hard enough, for eight hours a day, for five days a week, until I retire or croak, I can earn my keep on the planet.

And there’s the belief that unless we are lucky, win the lottery, marry into wealth, get a handsome trust fund or inheritance, the only option is to work for our keep.

Abundance in fact is allowing our energy to serve us, and to others it may seem magical the way things flow into our life. There’s no struggle involved. Our needs are met before we even realize we needed them.

It’s not about stockpiling wealth, either. The Master creates what they desire or need and the energy arrives at the perfect timing. Not before or after. But this way of living requires a tremendous trust in SELF.

Our new, and our true relationship with energy is the understanding that it is within us. That our consciousness creates and uses energy for whatever it needs.

And that energy is limitless.

The concept that it is limitless goes against everything that life is based in here on Planet Earth. That’s because people identify with the corporeal aspects of themselves as being who they are. They see a body that ages and dies. They lose others in their life. Finances dry up.

Nothing here is permanent. And of course that is true. But it’s also true that we can create endless joy, endless financial resources, and endless health for as long as we are here on the planet.

There is more than enough energy available on this planet to feed and clothes and house every single human being. And lots to spare. Lack is something that the mind has created, for its own purposes.

Pushing against life is also something the mind created in order to survive. When there is a belief that energy is out there somewhere, and it must be earned, or somehow harnessed by trying and hard work, that will always be our experience.

So the new version requires us to put down our swords. The battle has been over for quite awhile now. Especially the battle between the mind and the heart.