The Self-Help Mentality and the New Consciousness

Releasing Religion And Embracing The God Within 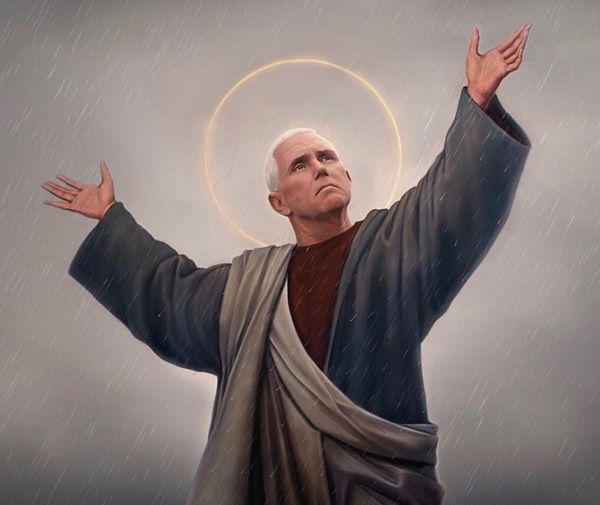 Religion and the church have done and continue to do wonderful things for communities, reaching out to assist those in need. Assisting the poor and most vulnerable.  I have watched faith healers helping hundreds of people to heal their body.  There is no doubt in my mind that organized religion has been an appropriate institution in the world, as have smaller types of faith groups that have assisted humanity in their own way.

Most of us on the ascension path have been part of a religious organization either in this lifetime and or in many other lifetimes.  And it has served us. But we also recognized that it limited us.  We wanted to know.  We wanted to know much more than what was taught to us, in convents, in monestaries.  In Sunday school.  Much more than what was in the Bible.  Or in other so-called sacred scriptures.

So for those who are moving headlong into their ascension, letting go of religion is part of the process.  Especially if the religion or faith requires one or all of the following.

If the particular faith or religion claims that theirs is the only way to go, or that god is outside of self.

If the religion insists that there is good and evil.  If there are rules and regulations that must be observed in order to be protected from ‘evil.’

if it tells you that you are born a sinner, and that you have been ‘forgiven’ for your sins by Jesus Christ. Or that he is the Savior.

if it says women are not equal in the eyes of god.

Or that a woman has no right to control her own body and cannot determine her own reproductive choices.

If god must be worshipped above all else.  If it says god is above you, or is greater than you.

If only a man and a woman can have sex together and be married.

If it condemns the human body and all the sensual aspects of physical reality.

Or that suffering in any way is a requisite to being in god’s good graces.

If god is judging you, or anyone else.  If god knows everything.

Any and all of these disqualify religion from coming into the new energy.  What that means is we are taking TOTAL responsibility for our own creations.  There is no one else to blame.  God cannot save us.  We are god.

It means we are magnificent and deserving beings, regardless of what we consider our flaws, or our actions.

I am not condemning religion, but I am saying that the Christ consciousness does not support it.  Again, religion has its place, and it is totally appropriate for many people.

But for those who are serious about their enlightenment, it will require them to drop any ideas that have to do with sin or guilt, or seeing themselves as being controlled by any outside force, whether it’s god, or the state, any group, or any man, woman, or child.

Of course, you can take the person out of church, but it’s not so easy getting the church out of the person.  We notice that even within the spiritual, new age community, there are still religious overlays.

Or there are outside forces who are trying to deceive us, like Christianity’s devil.  that there are dark forces working behind the scenes to destroy the light.

That we will be ‘saved’ by Aliens.  That somehow, they are wiser and more advanced than we humans are.

Even the notion that we are on a journey, or are searching….that is an old religious idea.  Because searching just leads to more searching.

These are all appropriate steps in the awakening process of course, but there comes a point where it all has to go.  Because there is no god outside, and there is no search, or lessons, unless we want there to be.

But if we believe that we are still learning, and still need lessons, that’s what we will attract.

As we become more conscious, and it’s an unfolding, an allowing, there is less need for extreme events in our life,  we no longer need the wake up calls like we did before.  There is less acting out of the unconscious.

There is just choice. Where do we want to place our attention?  Onto the human mind?  Or onto the soul nature that we also are?

And in the new energy, it becomes less and less comfortable to pay too much attention to the mind’s fears and concerns.

The dark side of religion is no secret, as we can see how historically the religious zealots attempted to suppress others and enforce their faith onto people and groups.

I am sure I was burned at the stake a few times in the past.  To this day I hate the smell of woodsmoke!

As we become conscious creators, we recognize that even today religion can be used to bolster the human in their attempt to project their unconscious issues onto others, whether it is toward women, blacks, people of color, or those in the LGBT community.

We see how religion can be a way to stay in the comfort zone of the mind, of not going within, and not taking responsibility for oneself.  Many cling to it regardless of the fact that its messages have become outdated.

And they cling to it regardless of the fact that much of it has been manufactured by the mind, not by the I AM.

But it’s a safety zone, because it’s mostly created by the mind.  The mind loves rules and regulations and controls, so what better way to express that than through religion?  Most religions of the world use fear as a control tactic.

So it’s no surprise that as the Christ Consciousness infiltrates the planet we are seeing a stepping up of the religious rights groups, and how they are fervently trying to re-establish their place in the patriarchy.

They are losing control of their lives and they believe that they need protection not only by god, but by the government.  But they will come to discover that neither can protect them.  That when they are truly ready for their freedom, they will not need any such protection.

They will discover that Jesus is not coming back to save anyone, that there is no vindictive god.  But that there is the human, who is scared.  And that there is a way out.  The human will have to let go of the story.

And they will have to claim their own god within.