November Energy Is Going To Continue To Build
A+ A A- 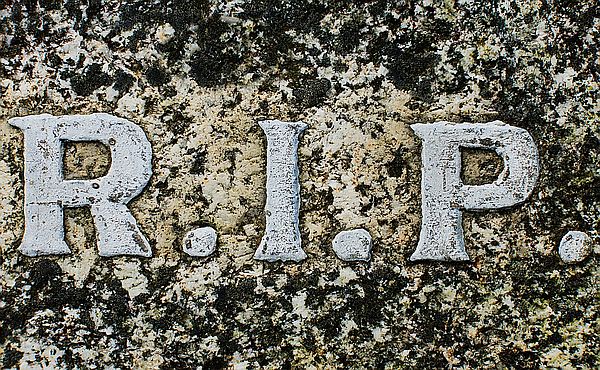 What if you were dead?

I’m not saying this to frighten you, but to make a very important point. If you died tomorrow, and left behind friends, family, kids, parents, whomever, they would of course mourn you.  But you can’t deny that things would go so much easier for you.

They will miss you. They could no longer rely on you to soothe them, listen to them complain endlessly about the same things, but not really want to change. They couldn’t ask for money, time, and energy from you.

They would have to begin to rely upon themselves. Chances are, one or more people in your life has become dependent upon you on some level. It’s become normalized and you may not think it’s a big deal, but it actually slows down their growth as well as slows down your freedom.

I’m not suggesting that you go ahead and die in order to achieve that, but I am suggesting that you have already died.You have died to the old you. You know it innately, those around you might know it peripherally, but they keep trying to connect with you in the old way. You may have some guilt and sense of obligation because of that. But, if you are dead, you have no need to feel guilty anymore. You are ostensibly no longer here in the physical.  Case closed.

So if you could keep that in mind……when others seem to be pulling on you emotionally, physically, or financially…..that you are gone, it will help assuage the guilt tremendously.

Say a relative, or ex-girlfriend, or ex-boyfriend tries to contact you and you just don’t want to connect with them. But there is a sense of obligation that you can’t seem to shake no matter how much you try.  Now you can say “Oh, that’s right I’m dead. I guess they are on their own.”

It’s going to happen eventually anyway. You may die before many of the people in your life and they are going to have to figure it all out after you’re gone. Why not give them a jumpstart?  Help them now. And of course, it is you that you need to assist right now. It is all about your freedom.

LOOK TO THE ANIMALS

Animals in the wild play dead regularly for various reasons, one is to avoid being a much larger animal’s lunch. They take a comatose posture and give off a foul scent, so the predator assumes they are dead and diseased, and decide to move on.

Now that I think about it, it seems to work for our furry friends, but for us it may need tweaking.

You could try giving off the scent first. That could keep folks away. Comatose won’t work, you are too filled with spirit at this stage. Which is what makes you so attractive to others.  And, besides, comatose people (read:  a large swath of the human species) know what comatose looks like.

But, seriously, you don’t have to fake it because you already died.  You have died to your old self.  You have already begun a new life. Now you are just catching up with yourself.  In many ways, you are not the person you were when many of your relationships began.  You have moved beyond your old story.  You honor that story, and bless that story, but it no longer represents who you are.

Most humans have not done that.

But I don’t want to push the being reborn thing too heavily, because then you think you are still here, and being here, you have to help others.  But that’s so yesterday!

Being dead is just more clean and simple.  So for the purpose of this post, I will stick to that.

And, of course it doesn’t mean you stop connecting with folks you want to connect with. Not at all. But you are connecting in a vastly different way.  Without the guilt, without the sense of duty or obligation, without the sympathy, which, as we know, isn’t love.  You could be that loving ghost of (your name here) who hovers around friends and family, but doesn’t interfere.

When we’re on the other side, we watch our loved ones from a much different perspective, from that place of knowing they are fine, that all is well.

Think of it this way. If you are dead, you don’t have to go to that Thanksgiving dinner you were invited to, the one you have been trying to get out of for years.  Dead people aren’t invited to Thanksgiving. That’s crazy!

Being dead is so liberating. You really should try it.