The Divine Feminine is Shaking Things Up
A+ A A-

The Divine Feminine is Shaking Things Up 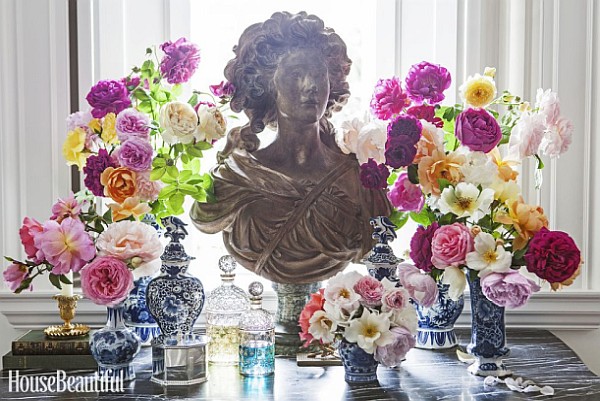 There is a worldwide penchant for authoritarianism during this historical time on the planet.  As the Divine Feminine is more present than ever before, there is a sweeping response from the patriarchy.   They sense something is changing, and they are afraid.  They are very, very afraid.

So they are waging an all-out war on women, or anyone or anything that embodies the feminine.  Women are rising up, and are becoming more and more a part of the fabric of society, culture and politics.  They are moving beyond their gender roles like never before.  But they are not sacrificing their feminine nature in order to be seen as equal to men.

And, that is probably the biggest threat to men who are fiercely hanging onto their perceived power and status.  If women were to just become more like men, that would be one thing.  But they are maintaining the qualities of intuition, of compassion and sensuality, while also demanding to be seen as equal human beings.

It’s why we are seeing a disturbing doubling down of the machismo behaviors.  These hyper-males can’t bear to be associated with anything that resembles weakness.

Yet, women and weakness is something the patriarchy invented to convince themselves that they don’t have to own their own sense of abandonment.

Thanks to the Divine Feminine’s presence, which by the way, we pioneers of consciousness have agreed to bring that in this lifetime, whatever gender we may be…..old systems are being disrupted.

The feminine can be ignored, disowned and dis-empowered for just so long before the world becomes authoritarian, and democracy becomes a distant dream.

Focusing on the mental approach to life at the expense of the heart leads to social and political disease.  And it’s no surprise that many established religions are also in the throes of the crusade to thwart women’s power, since Christianity is the epitome of patriarchy and authoritarianism.

The most religious countries are where women are the most repressed.

Notice that the one constant among authoritarian leaders across the globe is that they are openly resentful and disparaging toward women.  And they institute the most restrictive laws toward women and toward their reproductive rights.

People gravitate toward authoritarian leaders out of fear.  It’s not so much economic fear, as much as it is fear of losing their identity.  It’s an identity they have taken for granted for eons of time.  One which has given them automatic status and privilege.  One which puts them at the top of the heap.  Regardless of how bad their life gets, the male gender at least has a shared sense of entitlement toward and superiority over women.

A patriarchal system, with all its social injustices, with all its race wars, still puts men, regardless of their social status, higher than women.

Historically, women have had to consistently and tirelessly fight the established order to secure equality in the workplace, politics and in her own home.  She still fights for her basic human rights today, even in so-called developed and democratic nations.

It should come as no surprise that most social change has been initiated by the female gender.

The patriarchy sees women as a threat, fearing she wants to take over men and render them impotent.  Yet, the truth is she just wants to be seen as an equal, and to be trusted.  (Article continues after image)

And, as we know the real issue of those angry men, and of women who also support the patriarchy, is that they have disowned their own feminine.  They are not willing to look within themselves and see their own magnificence.  To face their own wounds, and love themselves.  And to allow their own divine self to also love them.

We are seeing the toxic patriarchy being exposed more and more for its abuse of power.  Whether it’s within the family, social, business, church or government spheres.  No one is spared, whether they are the perpetrators, or they are complicit.  From a spouse, to the President of a nation, to the Pope himself.

These old systems are not working well.  All are examples of the soul-less, mental, mind-based reality run amok.

The increase of authoritarianism around the globe is a direct response, then, not to economic conditions, or even to social unrest, but to the feminine becoming awakened.   The greatest fear within the established hierarchy is that there is essentially nothing they can do to stop this growing consciousness.  No amount of laws, or rhetoric can thwart this new and powerful soul-based, heart-based revolution.

That doesn’t mean it will change over night.  It could take another generation to finally see a major shift in the consciousness.  But the seeds have been planted.