Anger and Enlightenment - An Even Closer Look
A+ A A-

The Women Are Watching 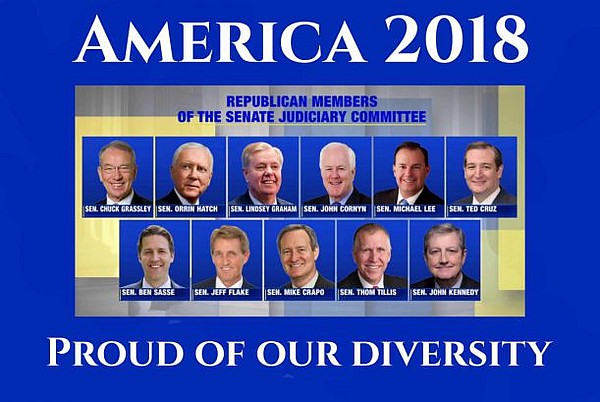 The upcoming hearings in the United States of Supreme Court Judiciary nominee Judge Brett Kavanaugh and the woman who has brought allegations toward him of sexual assault, Dr. Christine Blasey Ford is another pivotal moment in history in which the He Said, She Said Story will be played out.

The reason this is so riveting for people is because it pushes the hottest buttons, and puts in stark relief the battle of the masculine and the feminine.  A battle that has been going on even before the Earth was formed.

It goes beyond politics.  It goes to the heart of the issues that have been facing men, women and all genders, and how they have been acted out in societies and cultures for Eons of time.

And this issue actually underscores all other important issues facing humanity at this time.  The imbalance of the Planet toward the patriarchy.

The hostility toward women, and the dismissing and disowning of the feminine.

The republicans on the senate judiciary committee (all white men) are anxious to push the nominee through to a lifelong seat, one of the most powerful positions in the country, one that will make decisions that will determine a woman’s right to sovereign domain of her body. A decision that would affect women for generations to come.

And it is clear that the man, Kavanaugh, is in favor of suppressing a woman’s basic rights in that area.  He has called contraceptions ‘abortion-inducing drugs.’  And had tried hard to suppressed a young woman’s choice for an abortion in one of his court orders.  Now, sadly, these are not the issues that would disqualify him from the position.  There are other issues that could disqualify him, like misleading and lying to Congress on other issues, which he has already done.

In addition, he is in favor of protecting a sitting president from litigation and criminal charges.  And, it’s important to note, that the President of the United States is under investigation for several potential criminal charges, and has himself been accused of sexual assault and misconduct by multiple women, and has bragged about it publicly, without suffering any consequences.  He has dismissed the women who accused him as being liars, and one in particular as not being attractive enough to be assaulted.

Recent sexual assault allegations toward Kavanaugh by different women have created a delay in the vote.  And the men in the Republican judiciary committee are angry and scared because this could pose a serious threat to their power and privilege.

Their natural instincts of self-preservation kicked in as they continue to discredit the women without a thorough background check.  They are forced to go through the motions of the hearing but they have already made up their minds.  The man is innocent, and the women are liars.  They intend to vote the day after the hearings, and they have already made clear in public statements that they intend to vote for Kavanaugh.

They have also been intent on smearing the women as the perpetrators of harm toward Kavanaugh.  That they are causing undue hardship on him and his family.   It’s the classic perpetrator cast as victim.   And, of course, historically, this is why survivors have been reluctant to come forward with these claims.  It simply wasn’t worth ruining their own reputations, losing jobs, being threatened with physical harm, while the men walk away without accountability.

But there is something more troubling here.  Some are also saying, in various statements, that even if these allegations are true, so what?  It was a long time ago, and you know, boys will be boys.  Nothing to see here.  So it ranges from dismissing the seriousness of the allegations, boys will be boys, it’s just horseplay, to persecuting the women who come forward.

Looking back, when I was in college, in the 1970s, there was a huge culture of sexism.  At the time, it was so normalized that I didn’t recognize it.  I was a willing and sometimes not so willing participant.  And I am speaking not only about the students but also of the teachers and professors.  But it had an impact on me as a young woman.  There was the feeling of shame and guilt toward myself associated with sexual misconduct on the part of men.

And an important distinction needs to be made.  This isn’t about sex, it’s about power, and it’s about hostility toward the feminine.

But there was a sense of, this is flattering, all the male attention.  After all, my role is to be sexually provocative, isn’t it?  To please the male gaze.  Even if it led to them disrespecting my physical boundaries.

But it didn’t sit well with me when that happened.  It felt like a violation.  So it was confusing.

It was hard not to identify with needing to be the sexualized version of a woman, who was here to accommodate the male ego.  And there was a prevailing fear of retaliation by men if their needs were not accommodated.

Of course, I am not that same woman.  I see myself differently, and so consequently I don’t attract that type of disrespectful behavior.   I also feel that I along with other women, incarnated during a time that is ripe for a new way for women to see themselves.   Those of us on the forefront of the shift in consciousness are becoming the new woman.

THE WOMEN ARE WATCHING 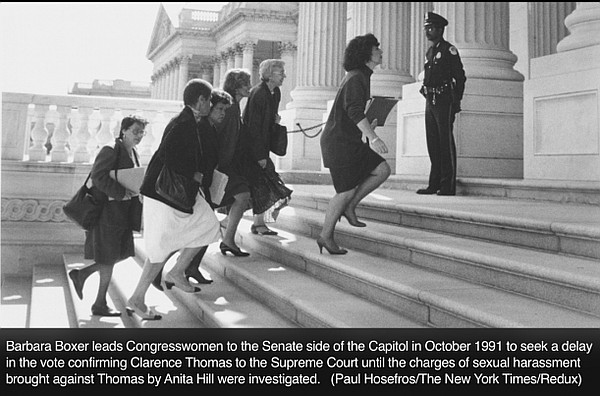 So, there is something happening.  Women are becoming outraged, and are rallying in support of the women who were brave enough to risk so much to speak their truth,  They are watching this process very closely, and they will not let the men get away with something that has been allowed and normalized for far too long.

And that something isn’t just about sexual misconduct, but it’s assault toward the feminine.

Women have internalized the misogyny themselves for far too long.  And now that they see it acted out in living color on the world stage, they will be scrutinizing the men like never before.

It’s becoming more clear that the men and women who are still trying to support this kind of misogyny will not be able to hide who they are, even if they try hiding behind the skirt of the woman prosecutor they have hired to question the woman, Ford,  during the hearing.

They can run, but they can’t hide.

At this point, I don’t know myself if the allegations are true, and until there is more of an investigation, it will be difficult to determine.  But the Republican committee doesn’t want any further investigating because they don’t want the truth to get in the way of their intent, to stay in power.

People are comparing this hearing to the one between Anita Hill and Clarence Thomas of over twenty-five years ago.  Anita Hill was raked over the coals, and Thomas still got nominated.

But there is a difference this time, and that difference is women are more awake.  They are less likely to be pushed and coerced into submission.  They recognize their worth, and they are letting go of the shame and the guilt.

They also have the backing of millions of women who have themselves gone through, to a greater or lesser degree, the assault on their bodies, their character, and their dignity.

The women are watching.

We have 1384 guests and no members online

We have 1384 guests and no members online