Multi-Dimensional Energy Update
A+ A A- 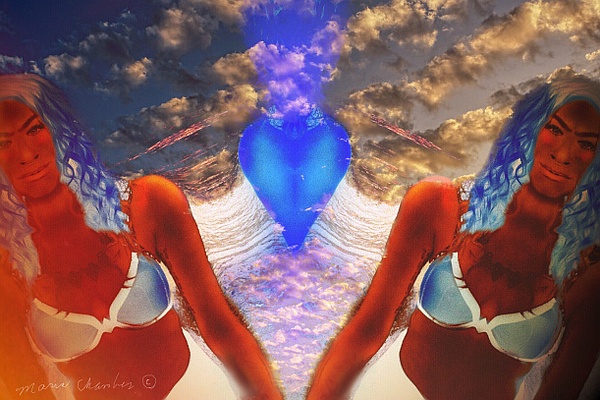 It’s time for women to feel the full depth and breadth of their anger, and their rage.  It has been bottled up far too long.  She has allowed being disrespected by the male gender far too long, and it has taken its toll on her emotionally and physically.

The disrespect is not acceptable any longer.  It has been normalized far too long, by both men and women.  It’s time for women to stop feeling the way they have been feeling.  It’s time she feels the magnificence of who she is, and always has been.

It’s not going to look pretty.  He may end up misdirecting his anger once again, but it won’t be toward her.  She is feeling too worthy for that to happen anymore.  He may misdirect it toward himself or others. but that is not her concern.

She will not allow herself to be disrespected in word or deed.  She knows she is not here to be anyone’s scapegoat, to be demonized, or sexualized.  She knows that she owes nothing to anyone simply because she was born a woman.  She does not have to accept bad behavior of any kind toward her.  From disrespecting her emotional boundaries to sexual assault.

She is not here to make others feel more comfortable in their unconscious state.  She is not here to carry the wounds for anyone.  The only thing she is going to carry around is her own Christ consciousness.  And she does that with joy.

She is here to see herself through her own lens, certainly not through the male gaze. She is no longer living in a man’s world, but in a world of her own making.  A world in which she is free to express herself, and to feel her own sensuality.

Meanwhile, she gives herself full permission to feel angry.  There is a lot there, from her past, from the past of womankind, to feel angry about.  She will not disapprove of that anger, not a bit.  She has earned it, and she is not going to sweep it under the rug.

She will call out perpetrators of sexism and misogyny when she wants to.  Because it’s been normalized for far too long.  She will exercise her right to disconnect from anyone that sees her and all women as second class citizens.

She will not tolerate bad behavior, especially in those who should know better.

Some of the anger is ancient, and she knows that.   She will not be directing that onto others but she will find a way to safely express it.  Whether it’s yelling into a pillow, or through art, music or another expressive form.  She will give the anger a voice, and not shame herself for feeling it,

She has been shamed enough, and she is not going to allow her feelings to be kept under control yet another lifetime.

Who benefits from this new woman?  Everyone.  But, most importantly, she does.  Her body does.  Her finances do.  In her wisdom, she knows that she is changing this planet in a profound way.  Not in the old, Mother Theresa martyred way.  But in a new way.  A wholistic way.

In a way that has her looking a bit crazy, a bit outrageous in others’ eyes,

She knows that it’s not about her being some perfected human, with perfect thoughts, and manners.  Or having the perfect body, or perfect house.  She knows that perfect is an illusion.  It’s a trick of the mind designed to create self-loathing.

She is bold and knows it takes being bold to claim her freedom in a world that doesn’t want women to be free.

And, yes, she has compassion, and a big heart, but now that compassion is also directed toward herself.

Yes, she feels scared, and lonely at times.  She feels vulnerable, but she realizes that the vulnerability is a requisite of being in alignment with her Soul.  It’s not about being tough and stoic, as her male counterparts insist on being.

She understands that her vulnerability is the key to enlightenment.  Being open and willing to allow Spirit to co-exist with her in her body and in her life.  That requires strength, and that strength come with her vulnerability.

She knows that being open is essential.  Open for change, for feeling on the deepest of levels.  She may be keeping herself more solitary but she is not cloistering herself from herself.  She is opening up to herself for the first time.

She is teaching her sisters and her brothers how it’s done.  How self-love works.  And she gradually shows on a physical, tangible level the benefits of that self-love.

And part of that self-love is accepting with open arms the anger that naturally comes up.  It’s the parts of her that didn’t feel loved, that are now coming up to be recognized.  It’s really not a bad thing.  She knows that the anger diminishes in time, But she also knows how valuable it is, how it can be used as a fuel to move so much stuck energy that has resided in her body and her heart for such a long time.

Now it’s all being set free.

Photo Credit Maria Chambers
© Copyright 2018 Maria Chambers, all rights reserved. Please feel free to share this content with others but maintain the article’s integrity by copying it unaltered and by including the author and source website link: Maria Chambers. source

Being Grateful for Where You Are - Inspiration for the Week