Seeing through lack to Wholeness
A+ A A-

Cosmic Intelligence Revealing ~ It is What It is 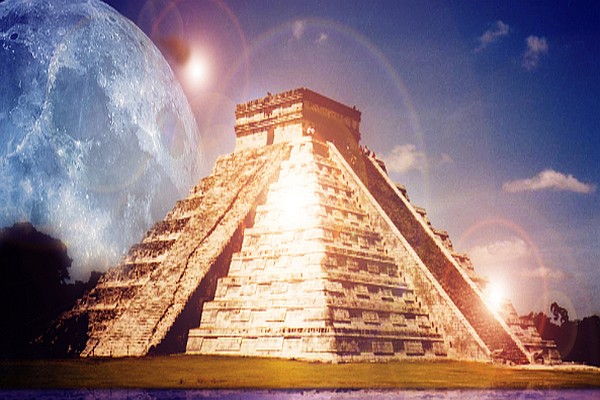 If we can never see beyond our current level of consciousness how can we access the entering into the higher levels of awareness?

The level that we are ~ has no choice or power to say when cosmic intelligence reveals its higher levels.

It does not reveal itself in response to our current levels and its demands…to be different other than it is.

Like a choice to get food, we do not make a choice as to which levels we access as becoming it, as the embodiment of it.

Saying I will now be more enlightened and attempting to force the newness to reveal itself, is an endeavour of fruitlessness, that reveals…what it is being.

There is no overtaking of the cosmic intelligence that decides…its  own revealing.

A level does not decide at its level to be another level.

The activations, initiations and levels only reveal themselves through its very own BECOMING consciously what it is.

The body, mind and emotions acts unaware consciously of the impetus that acts as the Divine Force that reveals its  higher Level unveiling.

This independent functioning becomes the AWE ~ of seeing beyond what it thinks it is. Now becoming aware that there is more that one previously had access to.

Spontaneously the cosmic intelligence ~ expands its own awareness…independently of willing its access.

The cosmic intelligence of the level that reveals its new level is the decider of its own unveiling of its level at its level of occurrence.

What can we DO?

We can become conscious of the uniting that takes place as the flow that flows through us AS the higher Intelligence of the Universe…becoming aware of its BEING ~ NESS THROUGH us.

This then is the awareness of simply WHAT IS.

Nothing to do only to BE.

United with the level of Divine intelligence ~ that simply is ~ as we ARE Being.

Nothing more nothing less ~ United as we ARE ~ Being.

Observing the AWE that observes ~ The Divine Light and cosmic intelligence FLOW ~ that unfolds it’s being ~ always AS it is.

Resistance therefore is, that which through Divine Cosmic Intelligence, becomes itself, the awareness of Being the AWE

The unconsciousness that exists and acts as non awareness of Being its God Self ~ becomes the portal through which Divine Cosmic Intelligence reveals ITSELF.

The Divine Light and Cosmic intelligence that KNOWS it simply ~ IS.

Awareness of the awareness that is not attempting to be something that it is not.

To this exist the many Divine Light Cosmic Intelligent levels.

That reveal their Being ~ NESS as they ARE.

It is AS we are ~ what we ARE ~ always as what we are BEING.

+ - Credit Click to collapse
Here I Am ~ Here you Are ~ Here We Are ~And So it is!
Always Feeling You, Always with you in The Divine Sacred Light of All That Is!!!
L’Aura Pleiadian™
To listen to my Activations, Invocations, Frequency Transmissions and Light Language:
https://www.youtube.com/user/PleiadianDelegate
Source Here
CrystalWind.ca is free to access and use.
Please donate a small gift of $11.11 or $22.22 or $33.33.
Thank you!
ॐ Namasté - Blessings!

We have 929 guests and no members online