Awakening And Comfort Zones
A+ A A- 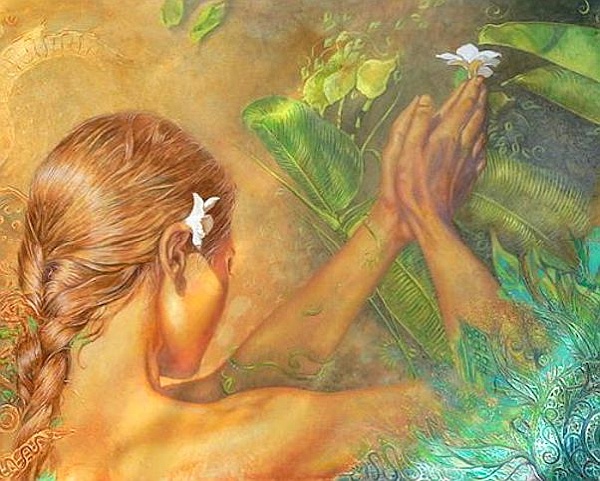 We are living in unprecedented times. There has never been more talk among the common people about Ascension and Awakening to our Divinity. The New Age movement has exploded and multiple avenues of awareness have splintered off into avenues of there own. There are multiple teachings and ways of expanding our consciousness.

There has never been a dark night of the soul. There have only ever been the dark nights of the human. Why is that? Because the human, who has lived lifetimes of duality, judges and maintains a library of these judgements. The human has become so embroiled in this library that it “thinks”, “This is who I am.” Eventually the human becomes so dissonant with its soul that it gets lost in its dark night of the human in order to go deeply enough into itself to remember its connection to the Divine.

Little by little, the human begins remembering its true relationship with the Divine. Not the religious relationship that has been taught to us over eons of time, depicting us as “less than” the Divine. But the realization that we ARE Divine.

Thus begins the process of awakening to who we truly are and unraveling that which we “thought” we were. It’s time to go into the library of the mind and begin tossing out the dusty old volumes of mental advice that’s always prevalent.

This isn’t an unconscious act. It requires focus and full awareness on the part of the human. It takes commitment and diligence. Meanwhile, our Divinity continues to love and support us through this process.

But the average human walking the streets has no concept of their Divinity, much less how to connect with it. Once we we do connect with our Divine, there are no Mystery schools available to us as we had in ancient times. We’re out in the world, on our own.

One might ask: How have we gotten so lost? Indeed, we have gotten lost. But I have to ask another question: Is there a purpose to this madness? Because there is no such thing as a lost soul. There are only lost humans.

I have come to the conclusion that in present day, we are meant to be going through this process on our own because we are realizing our Sovereignty. Many say this is a group ascension. Perhaps that is so, in so far as, many of us are going through this process. But in realty, it is an individual and sovereign experience. For we each have our own unique libraries of the mind that are surfacing during our Awakening.

We are each going through our own process of unraveling eons of memories, thoughts, and beliefs. And, we’re attempting to do it all in one lifetime!!! This is overwhelming to the human mind. It has no basis for this process which kicks it back into protective mode, making it even more challenging.

In the wee hours of the morning as I was coming out of dreamtime I was attempting to “let go” of some the old stories that had surfaced, but all I got was more resistance. I then switched to consciously “allowing” the process, but that only made it worse. That’s when the Madonna swooped in and informed me those are masculine attempts of control and manipulation, rooted in the mind. She reminded me that GRACE is what is called for. That was when everything began to shift, as if she had waved a magic wand. I settled back into dreamtime and awoke with a lighter heart and a sweet smile on my face.

“Ease and Grace” have been my mantra ever since I can remember. I think I wrote it across my heart before I incarnated so I wouldn’t forget. Even as a child I recall my confusion as adults were working so hard and suffering to gain God’s approval and society’s approval by proxy. Of course, like so many of us, I got caught up in that collective consciousness. But somehow, I always came back to Grace.

That morning as I was consciously experiencing Grace, I wondered. . . Just what is Grace? With that mere thought, I realized it’s something I can not put into words. For it it beyond words, beyond the mind, and attempting to define it dissolves it.

Grace is a sensory experience beyond words, beyond the mind. Which is why it works like magic bypassing the mind and aligning me with my Divinity. I can not define Grace, but I realize the effect of Grace. When I sense into Grace I always feel a flow of the Divine. And this is how I choose to live my life in the flow of the Divine.

I’m no longer working on “letting go” of old traumas, habits, or beliefs. That feels like the antiquated way of resolving things. It feels like way too much work when there is a much easier way. Instead, I choose to Live in Grace.

+ - Credit Click to collapse
♥ Sharing is always appreciated ♥These messages are intended to be shared. You are welcome to share and distribute with others as you feel guided. Please maintain the integrity by including the author and source website link.
Sharon Lyn Shepard is a modern day mystic and visionary. Her mystical writings and music transcend our minds, expand our consciousness and awaken us to our innate divinity to celebrate life in all of its forms. Sharon lives “heaven on earth” and invites all of us to join her in embracing a new world of love, joy and harmony.
Source Here
CrystalWind.ca is free to access and use.
"Would you consider a small gift of $11.11 ?" :)
ॐ Namasté - Blessings!

Looking at Your Significant Other