Resurrection of the Divine Feminine and Divine Masculine

Resurrection of the Divine Feminine and Divine Masculine 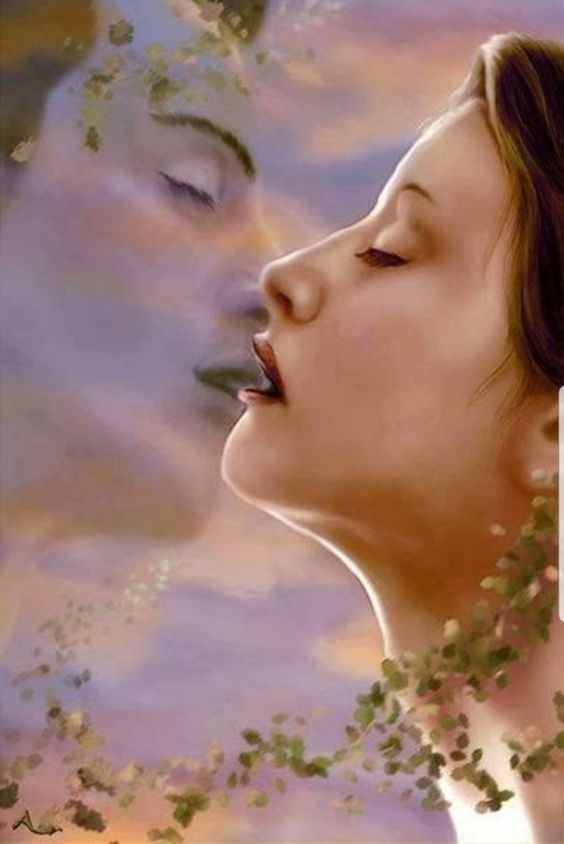 My dreamtime has been very prolific over the past few weeks with the same recurrent theme. Although the dreams themselves have differed, the crux of the dreams has been the same.

In each dream, I have been in a relationship with a man who was subtly attempting to control me. It became obvious that we have been playing this “game” since the beginning of the relationship and he expected it to continue as such. However, in each instance, I had awakened to the Divine Feminine within me, no longer willing to continue the role of obedience and subservience. At some point when I was directed to do something that was not in alignment with my Soul, I withdrew and refused.

In the first few dreams, although I was never physically abused, the men became angry and verbally combative when I was no longer willing to comply to their demands. Since there was no middle ground in which to communicate, I eventually walked away from each of these relationships.

Later in this series of dreams, several of the men were willing to listen to my concerns, but unwilling to make any changes in their lives, assuming they could placate me with gifts and sweet talk. Again, I choose to walk away.

Although there wasn’t any physical abusive, there was emotional injury to both parties in all of these instances. Each was simply following society’s patterning without any awareness of a true and equitable relationship between the Divine Male with the Divine Female. Nor, did either of them have the tools to make the necessary changes in their lives to heal the smoldering unseen wounds to create more loving relationships.

In my most recent dream, the man was not only willing to listen to my concerns, but was asking how to be supportive in creating a more loving, open, and equitable partnership.

As I was contemplating this sequence of dreams, I realized they began with the US supreme court’s overturn of Roe vs. Wade, on June 24, 2022, which attempts to remove women’s rights to her own body.

With that announcement, I initially became very angry. But I also realized it was Love, not anger that would eventually heal this deep wound of separation inflicted upon humanity eons ago. A wound which has finally been brought to light via this government’s attempt at supreme control.

With this awareness, I sat in communion with my Soul asking how to heal this deep wound with Love rather than anger. I now realize these dreams have been the answer to that prayer. Each night in my dreamtime I have been clearing antiquated timelines and programing that have been held in place for eons of time, both personally and collectively, for the resurrection of the Divine Feminine and Divine Masculine.

After each dream, I awakened to the expanded consciousness of more Love within me and released all that no longer serves me in BEing that Love. Perhaps, the expansion of my Love during these dreams over the past few weeks has effected the players in all of these dreams. Perhaps, there has been an Awakening on the etheric/subconscious level for them personally and collectively as it ripples out into all of humanity.

I have been a “dreamweaver” ever since I was a child. Whenever I don’t know how to approach life from my human perspective, I take my questions into dreamtime in communion with my Soul. It is in this alternate reality, free of any interference from my human mind, that my Soul and I weave new potentials for the highest good, where Love heals all.

It is with deep Love for all of humanity that I share my experience within these dreams and offer this Sacred Gift that has been brought to light as the Resurrection of both the Divine Feminine AND the Divine Masculine. May all of humanity expand in Love and Compassion for each other as we learn new ways of being in relationship with each other in all areas of life. Blessed BE!

+ - Credit Click to collapse
♥ Sharing is always appreciated ♥These messages are intended to be shared. You are welcome to share and distribute with others as you feel guided. Please maintain the integrity by including the author and source website link.
Sharon Lyn Shepard is a modern day mystic and visionary. Her mystical writings and music transcend our minds, expand our consciousness and awaken us to our innate divinity to celebrate life in all of its forms. Sharon lives “heaven on earth” and invites all of us to join her in embracing a new world of love, joy and harmony.
Source Here