Inverted Systems
A+ A A-

The Children And Our Radiance 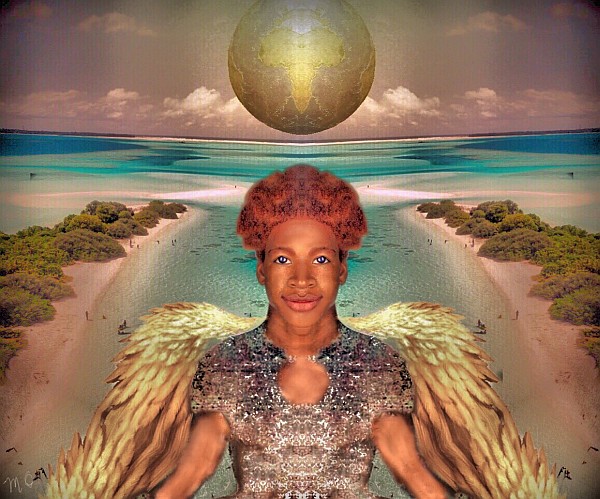 We are experiencing, here in the United States, a crisis that we have not seen before.  Innocent children being torn from their mothers and fathers at the borders, in an attempt by the Trump administration to send a message. One to his base that he will do whatever it takes to reduce the number of immigrants in the country.  And secondly, send a message to the Democrats that he will not compromise the building of the wall at the Mexican border, and they better comply with that agenda.

And he is using innocent children as bargaining chips, holding them hostage.  They are already traumatized from the process of fleeing from the threat of terror, rape and death in their home countries.

And now they are unceremoniously ripped away from the one stabilizing support they have left, for possibly months, and some may never see their parents again.

The Trump administration is just echoing a sentiment that has deep roots in this country’s history and all around the globe…that of racism.   The idea that the only worthy people are Whites.  White Nationalists and White supremacists have become emboldened since Trump took office.  He is a channel for their fear and hatred.

In the 1920s our government did what they referred to as a ‘scientific’ study, funded by taxpayers, that ranked human traits from superior to inferior of various races and ethnic groups.

It should be no surprise that White Anglo Saxons were at the top of that list.

The government in the 1920s wanted America to look like it did in the previous century.  Which was predominantly White.  They even tried to pass a compulsory sterilization law to ‘improve’ the gene pool.

Senator Durant Smith back then said, “Thank God we have in America perhaps the largest percentage of any country in the world of the pure, unadulterated Anglo-Saxon stock; certainly the greatest of any nation in the Nordic breed. It is for the preservation of that splendid stock that has characterized us that I would make this not an asylum for the oppressed of all countries, but a country to assimilate and perfect that splendid type of manhood that has made America the foremost Nation in her progress and in her power.”

Jeff Sessions warned in 2015, “Within seven years we will have the highest percentage of Americans, non native-born, since the founding of the republic.”

And he now has the authority to punish children because of the idea that some are unworthy of God’s grace.

Make no mistake, this is not about politics or about people coming over the border breaking American law.  It’s about fear and racism, pure and simple.

No President has been able to solve the immigration issue, which is a complicated one, and will require some coming together of both parties for a solution that satisfies all concerned.

But it seems that compassion has been totally extracted from the current situation.

The reason I am writing this post is because I know this has been on the minds and hearts of so many people.  And I am sure many of you have already sent out your love to these children.

We are in a wonderful place, as lightworkers, ascension pioneers, awakened beings….whatever you want to call us…because we have raised our vibrations to such an extent that we can gently send our consciousness to these children, without an agenda, without pity or suffering.

They benefit more from that higher vibration that the fears and worry thoughts that many are sending out.

We can send them our loving embrace as a group, as we gently allow our consciousness to sit with them.  It doesn’t have to be for long periods of time, but just enough for them to sense our presence.

That’s all it takes, and it can have a profound effect on them.

If that feels joyful to do, then I am happy and I know that your radiance  is magnified.

My love to you all.

We have 1108 guests and no members online