Are Empaths Hard To Love? 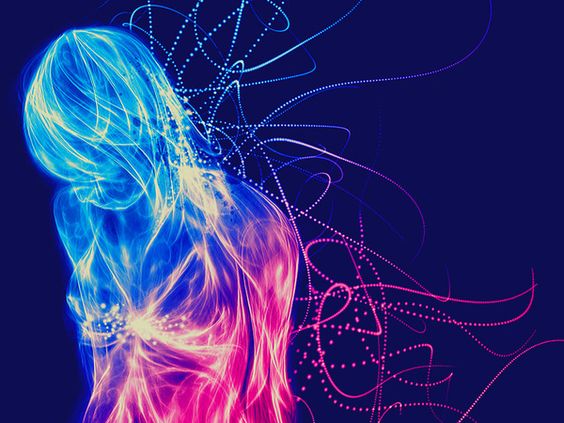 Empaths are some of the most amazing people on this planet. They have so much potential and are able to help far more people than most others are for a number of reasons.

Empaths for those who do not know are those who take on the emotions of other people. Rather than merely feeling bad for someone who is struggling, they feel the other person’s pain so deeply that they too feel as though they are going through it. It is very real for them and sometimes that can be quite overwhelming.

If you’re an empath you know how complicated this kind of thing can make moving through your everyday life. You take on far more than you should sometimes and in many cases find yourself in over your head. While being an empath is a wonderful thing, it can also be a curse if you’re unable to get where you need to be regarding your own abilities.

One thing it seems empaths struggle with the most has to be love and that in itself is something a lot of people find to be quite shocking. While empaths give a lot of love to others they do not get much in return. Below I am going to go over some things that make empaths hard to love, these things are confusing in some cases but overall make a lot clear in regards.

10 Habits Of Empaths That Make Them ‘Hard To Love’:

1. They take things too personally.

Empaths often take things too personally. You might try to bring something to their attention in the wrong way, and they could become quite upset. This is something that in some cases makes their partners afraid to speak up and ruins their connections overall.

2. They fall for people who need to be fixed.

Empaths for a lot of reasons often fall for people who need to be fixed. They are attracted to energies that are in need of healing and when it comes to love that’s not a good thing. They need a complete love, not a broken one but yet are unable to find that as easily as they would hope.

3. They are often unsure of their own boundaries.

Empaths tend to be quite unaware of where the lines of their own emotions begin in comparison to the emotions they take on of others. They are not able to close themselves off and tend to either allow these things to affect them too much or not at all. This puts them in a volatile state and can damage their romantic lives drastically.

4. They bring home more baggage than most other people.

Empaths tend to bring a lot home with them. They pick up tons of different energies in their day-to-day lives and that can create a negative environment if not dealt with properly. This can leave your partner feeling like he or she is drowning in a sea of energies that do not belong to him’her.

5. They sometimes struggle with saying ‘no.’

Empaths in many cases are unable to turn people down and often help everything they can without a second thought. This consumes a lot of their time and leaves their partners falling between the cracks. They might not realize this is happening but it is all too common.

6. They are kind of intense.

Empaths, in general, are a lot more intense than other people. Not everyone can handle being around their emotional frequencies. While this is not something we can help it is important to be aware of.

7. They are a little too open and honest.

Empaths are not the kinds of people who hold off when they think something needs to be said. They are open and honest to a fault in some ways. They want to make sure everything they feel needs to be said, is said.

8. They need alone time to recharge.

Empaths are people who need time to recharge on a more intense level. They have to spend time on their own away from the energies of others to get back to where they need to be within their own personal energies. This can in many ways leave their potential lovers feeling quite left out.

9. They can be a little too bossy in trying to help their partners.

Empaths sometimes end up being a bit too bossy because they think they know what is best. While they can offer advice they cannot force you to take it and when you don’t it can frustrate them big time. They just want what is best for the people around them.

Empaths are always working to help others and this even when someone might not want their help. A lot of empaths struggle with this issue and while it is something they can overcome it is not easy to do-so. Helping and being overbearing in regards are not going to be capable of living hand in hand.

Judith Orloff MD is author of The Empath's Survival Guide: Life Strategies for Sensitive People, upon which her articles are based. Dr. Orloff is a psychiatrist, an empath, and is on the UCLA Psychiatric Clinical Faculty. She synthesizes the pearls of traditional medicine with cutting edge knowledge of intuition, energy, and spirituality. Dr. Orloff also specializes in treating empaths and highly sensitive people in her private practice. Dr. Orloff’s work has been featured on The Today Show, CNN, the Oprah Magazine and USA Today.

Focus Your Attention Within

Your Ultimate Guide to What the Difference Between Anxiety, Fear and Stress Is

The Power Of Intent - Teachings of The Masters
Become a Patron!

We have 1143 guests and no members online