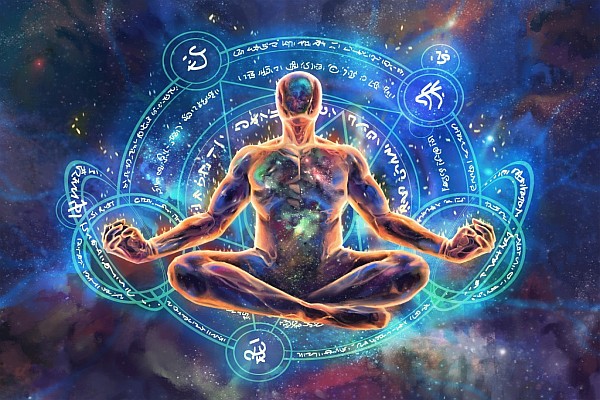 Answer: Only the belief that it can be hard. The concept of higher consciousness is surprisingly simple, as can be the method by which you can obtain higher states.

You have the ability to think on three levels - the brain-mind, the heart-mind, and the intuition-mind. It is as if a symphony of frequencies is open to you and you can focus on just one level or you can choose to open up to all the levels of perception.

The intellectual processes of the brain-mind operate at the frequency level of the solar plexus chakra. In that case, your perception of the world is filtered through the viewpoint of that lens or energy gateway.

When you move up from solar plexus focus to the heart chakra, your field of view becomes more expanded. Greater issues come into play. Not just, "How will I solve this challenge," but "What will its effect be upon other people, upon the environment, and upon the world in which we live."

As I pointed out in my original book, The Shift: The Revolution in Human Consciousness and, in an updated perspective in my new book, Higher Consciousness, there are two levels of heart consciousness.

The first heart-mind level is heart-centered awareness, where you become sensitive to the effects of your thoughts and actions upon others. In this, the emergence of empathy serves to make the world a kinder, better place.

Beyond that lies the seat of the soul, the realm of intuition-mind. As we work to gain ever-better flashes of intuitive insight, we develop that all-important access to heart-powered consciousness and the higher tier of human growth.

Those are the key stages in today's ongoing march toward higher consciousness: Brain-mind, the two stages of heart-mind, and the joy-generating state of intuitive attunement with your true inner being.

I released my latest book, Higher Consciousness, at this time so that people could gain a clear picture of ways to easily travel this path to our destiny, a destiny filled with boundless joy, peace, and inner wisdom.

Higher Consciousness is now available as a paperback (or Kindle e-book) on Amazon.com's sites in various countries as well as a pdf e-book version for immediate download:

*Read more in Owen Waters' e-book, Love, Light, Laughter: The New Spirituality.
*Owen Waters is the author of The Shift: The Revolution in Human Consciousness.

We have 3532 guests and no members online