Entering the Unknown
A+ A A-

Embrace What You Have Discovered 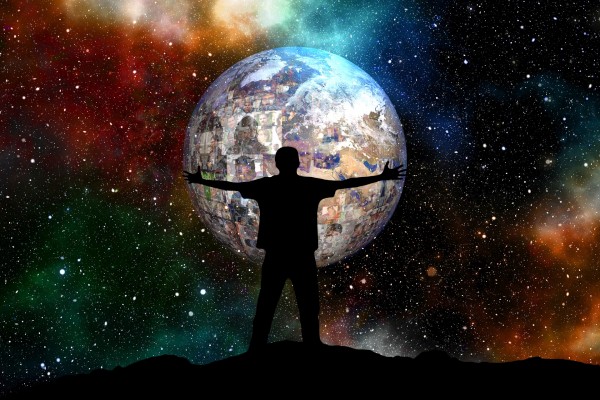 Last week in this space we spoke about how the opinions and observations of us offered by others can "run" our life, actually creating, in a way, our experience of ourselves. I talked about how this happened to me...and about how, finally, I broke out of that trap through deep personal exploration.

I had gathered much from my explorations. I gathered much from all those books, retreats, religions, seminars, and sacred interactions with others that I have spoken of here in weeks past. But even then I was just not able to hold onto very much of what I was discovering and creating about myself, and to make it my sustaining reality, largely because of who I would have to make wrong if I did.

Then, I finally took a big leap--using what later became the Fourth Instrument of the Holy Experience. It took enormous courage, more courage than it took to become an explorer. When you create what you are yearning for, by willing it and calling it forth, and when you explore it fully, it almost seems too good to be true. And so, if you're not careful, you will call it untrue. Like the Mad Hatter in Wonderland, you will swear that what is "so" is not so, and that what is "not so" is so.

What made it possible for me to step out of this trap was desperation. In my case, that's what it took. I created a situation in my life where I suddenly had no way of producing income, having sustained a broken neck in a car accident, and wound up walking the streets, living at a campground, with no home, no job, no car, no money, no possessions except the clothes on my back, a tent and a sleeping bag.

God had to get me down to nothing--my last 25 cents, literally-- before I was ready to admit that the way I had been "doing life" was not working.

As I look back over this period, I find myself determined to do all that I can to help others to avoid ever having to go through something like that.

The desolation of that experience for me was total. I was convinced that I would never get out of that situation, never be leaving that campground, never be able to get back on my feet and find my way back to "real life."

I was sure that I would end my days as a street person. (Mind you, I was not a young man when all of this happened. I was 50 years old.) For a while there I pictured myself dying in a gutter someplace, with nobody noticing and nobody caring.

I cried myself to sleep night after night in that cold, damp sleeping bag. Whatever wrong I have done to anyone else in my life, I told myself, I was paying for it now. I had received my come-uppance. This was my punishment, and, like hell, it was going to go on forever.

Now imagine, in a situation like this, suddenly changing your most fundamental idea about life and accepting the concept of a God who does not punish anyone for anything at all--and who does not set life up to provide such retribution, either.

Well, I was unable in that situation to do it. It was only after I had gotten out of that situation that I began believing the unbelievable, and embracing new ideas about God, about Life, and about all the other people in my life and on the earth.

Now I come here to tell you that you do not have to walk this path of desperation. You can use, instead, the Ten Instruments of the Holy Experience. As it was stated so beautifully in the final CwG dialogue book, HOME WITH GOD in a Life That Never Ends: "The Good News is that it is not necessary to go through hell to get to heaven."

Use the Fourth Tool. Embrace what you have discovered through all of your exploring. Accept as your truth the highest ideas about yourself, about God, and about others that your Soul has sent you--and is sending you now. You have called forth these ideas through your yearning, through your willing, and through your exploring. Do not reject them now because they contradict what the authority figures in your life have told you. Do not reject them because they seem too good to be true.

Given the Option, Take It - Pleiadian Guidance

The Creator - A Few Seconds...

VLOG 189 - Getting To Know Your I Am Presence

Planning to Bring Music to the Golf Course?

What is FCC Certification?

We have 1626 guests and no members online