Time to Drop It?

Stepping Out Of The Drama 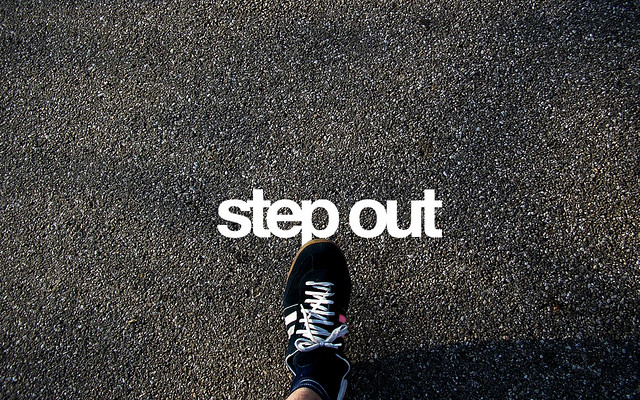 I said here last week that attaining a state of Non-Awareness is about the shift from the Mind to the Soul—which knows all about the Tightrope of Life...as well as what is awaiting us on The Other Side. It knows that we can make it across the span without difficulty if we simply don’t look down. It knows that in God’s Kingdom, “everything is looking up.”

It also knows that on this tightrope, as in most circuses, it’s okay if you fall. There’s a safety net, and you’re not going to be hurt. You’ll just bounce around a little, then make the journey across again. Ultimately you will learn (remember) that Life is a balancing act. It’s just about keeping your balance while juggling the experiences of the Body, the thoughts of the Mind, and the mission of the Soul.

I want to give you a practical, real-world example of Non-Awareness before I go on, so that you can have a sense of what all this means as a practical matter in one’s daily life.

I was traveling once on a long journey across the ocean to make a speaking engagement in Europe. It took many hours to fly there, and when I arrived, the person who was to pick me up at the airport was nowhere in sight. The airport was crowed and noisy, hot and stuffy, there was no food to be found without walking a long way to the main terminal, and I was travel weary.

I called the office of the person who was scheduled to collect me and his secretary said, “Oh, my God, is that today? We had it that you were coming in tomorrow. Oh, my gosh, he’ll leave right away!”

Of course, I was very let down.

Oh, who am I kidding? I was frustrated and angry. I tried to gather myself together enough to say, “Uh, okaay...”, and offered a clipped goodbye. Then I sat on a bench to wait. Within moments my cell phone rang. “He’s an hour in the other direction,” the man’s secretary told me worriedly. “But he asks you to wait there, because he needs to take you to a meeting that he thought was also tomorrow, and....well, just...can you wait for him?”

“What-ever...”, I sighed, and said another short goodbye.

Now I knew I had an hour to wait. I seemed more tired than ever. The place seemed noisier than ever. I would have sworn that the temperature even rose five degrees. I was keenly (and uncomfortably) Aware of everything in my physical environment.

Then I had a brilliant idea. I decided to sit on that bench and just meditate. I closed my eyes and began calm, gentle breathing. I used the particular technique that I always use, of looking straight ahead with my Mind’s eye into the field of darkness before me, awaiting the appearance of the Dancing Blue Flame that often begins flickering in the distance, then gradually moves toward me until it fills my entire field of “vision” and consumes me.

I have had this experience many times and it is sheer bliss. I am convinced it is my Soul, coming to meet my Mind, and to join in the ecstasy of Unity, the Truth of my Being.

Abruptly, I felt a soft tapping on my shoulder. I assumed it was a security guard, asking me not to sleep on the airport bench, or advising me that someone had walked off with my computer bag while I was sitting there with my eyes closed, or something like that.

It was not. It was the man who was supposed to pick me up. Had he gotten there very much faster than he thought he could?

No, he had not. That was just what I thought must have happened. Actually, he had taken longer than he estimated that he would. I had been sitting on that bench for more than an hour and a quarter.

I had not fallen asleep. I was aware, and I remember being aware, of everything around me. The noise. The crowd. The heat. Yet at the same time I was Non-Aware. Everything was there, but I was Non-Aware. Somehow I had managed to meld the noise, the crowd, the heat into One Single Experience— and then to pay no attention to it. I had internally diverted my attention, turning inward and focusing only on the Dancing Blue Flame.

When I realized what had happened, I was amazed—actually, flabbergasted—at how much time had passed. My picker-upper was apologizing all over the place for the snafu and my inconvenience, and all I could do was smile at him and tell him, softly, “No problem. Really, truly...no problem. Shall we go?” I rose in one smooth motion, gently reaching for his arm and adding, “It was good of you to break away from what you were doing and come get me like this.”

I’m sure he thought that I was an Ascended Master. Or at least an honest-to-goodness guru. Who else would respond like this?

Anybody, really, who has found the tools of Non-Awareness and used them to step away from the Sturm und Drang of humanity’s everyday drama by simply becoming Non-Aware of it, moving instead into the lovely, peaceful, gentle spaciousness of Ultimate Reality—to which we all may have access whenever we wish. That is what being Aware and Non-Aware at the same time is like. And I want to tell you that all of us can reach that state, as I did on that airport bench, in which we become Aware and Non-Aware in the same moment.

And this is the Holy Experience.

We have 1835 guests and no members online