Stabilizing in the Storm 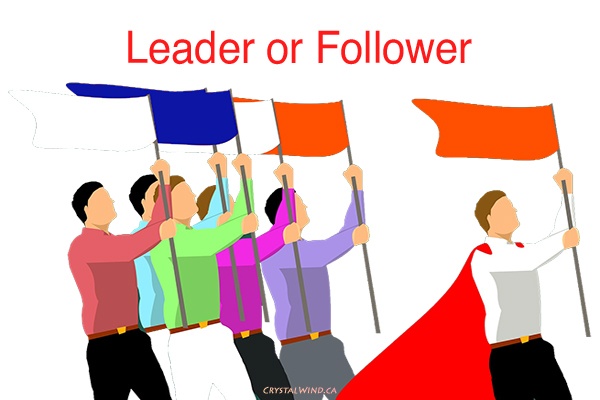 The time has come...for all of humanity to decide Who and What we Really Are, and Who and What we Choose To Be in relationship to that, and how we wish to demonstrate that in our world.

The time has come...for leadership to emerge in every city, town, and village on the globe, in every time and place, in the form of brave and strong and wise individuals, ready to receive the call, prepared to make whatever sacrifice is required, anxious to get on with the task, and determined to not abandon The Work until The Work has been done.

The time has come...for you to decide whether you are that leader in the world within which you move, if you are to be that one who will stand shoulder to shoulder with the few courageous Others and change the course of our Future by changing the direction of our Present.

"It is a revolutionary world we live in, and this generation at home and around the world, has had thrust upon it a greater burden of responsibility than any generation that has ever lived."

For the world can wait no more. The people of this planet can sustain themselves no longer across millennia and centuries on the strength of humanity's past and present behaviors. We have, at best, but decades left, and then we will be required to shift our experience, or we will have our experience shifted for us.

Our species, as a collective, knows and understands this at a celluar level. We are therefore now asking ourselves, on this day and from every corner and place: If not now, when? If not you, who?

For it is as Robert F. Kennedy said, addressing the people of South Africa on their Day of Affirmation in 1966, in words that are even more true today than they were then:

The cruelties and obstacles of this swiftly changing planet will not yield to obsolete dogmas and outworn slogans. They cannot be moved by those who cling to a present that is already dying, who prefer the illusion of security to the excitement and danger that come with even the most peaceful progress.

It is a revolutionary world we live in, and this generation at home and around the world, has had thrust upon it a greater burden of responsibility than any generation that has ever lived.

Paraphrasing and expanding on the words of Robert Kennedy, I would observe that there are some who believe there is nothing that one man or one woman can do against the enormous array of the world's ills. Yet many of the world's great movements, of thought and action, have flowed from the work of a single person. A single monk began the Protestant reformation, a young woman reclaimed the territory of France, one lone black minister said "I have a dream" and altered the course of his nation's history, a frail and elderly nun awakened the compassion of humanity across the globe. And 32-year-old Thomas Jefferson declared that all men are created equal.

These people moved the world, and so can we all. Few will have the greatness to bend history itself, but each of us can work to change a small portion of events, and in the total of all those acts will be written the history of this generation.

It is from numberless, diverse acts of courage and belief that human history is shaped.

Each time a person stands up for an ideal, or acts to improve the lot of others, or strikes out against injustice, that person sends forth a tiny ripple of hope...and, crossing each other from a million different centers of energy and daring, these ripples build a current that can sweep down the mightiest walls of oppression and resistence.

...Like it or not, we live in times of danger and uncertainty. But they are also times more open to the creative energy of men and women than any other time in history. All of us will ultimately be judged--and as the years pass we will surely judge ourselves--on the effort we have contributed to building a new world society, and the extent to which our ideals and goals have shaped that effort.

It is time, now, for us to say, "Why not?" It is our opportunity to begin a new kind of civil rights movement...a civil rights movement for the soul...freeing humanity at last from the oppression of its beliefs in an exclusivist, violent, angry, and vengeful God, who would judge us for our human foibles and misunderstandings, and who would condemn us to everlasting damnation for approaching Him in the "wrong way."

" This is important work that you are doing, and you must, must continue."

What the world needs now is a New Spirituality, a new way to honor our impulse toward the Divine that does not make others wrong for the way in which they are doing it.

I know that many of you are working right now to produce that result, each in our own way. I see this every day, and each day I hear about efforts distant from me, in which you and others like you everywhere are engaged. This is important work that you are doing, and you must, must continue. Continue in your homes, continue in your relationships with your loved one, your children, your neighbors and friends, your co-workers, your fellow citizens. And continue in ways to increase and magnify your probability of success in making a real difference on our planet.

That is, of course, the work of this Foundation---the Foundation that sends you this Bulletin each week, filled with what we hope are inspiring and helpful insights from CwG. And the Foundation's work goes way beyond that. From our Books for Friends/Prison Outreach program, that sends free copies of CwG to prisons and the indigent, to our Retreats and the new CwG College, and all the Foundation is doing to spread the word of CwG throughout the world.

Let us work together to do this. The time has come.

We have 918 guests and no members online