Grounding and Manifesting
A+ A A- 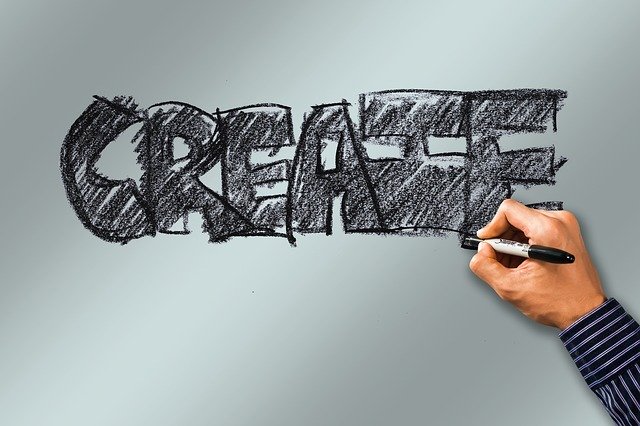 Last week in this space I said that a message that for many years spiritual teachers have been sharing — that “you are creating your own reality” — can be a dangerous teaching if it is not fully explained. I also said that there are two things you must know about the “you create your own reality” teaching:

(1) First, it must be explained (as we have done several times here now) that you are not “creating” anything, but merely noticing or remembering its existence, then, by focusing on it, calling it forth as a “manifestation” from the Field of Infinite Possibilities that is the Always Now/Always Here of things. What you are creating is your Interior Reality of these manifestations. It is in this sense that the statement “You are creating your own Reality” is true.

(2) Second, you must understand that even what we call the act of “creating” the Exterior Events of our lives is not something that anyone is doing alone. No Exterior Event in Physicality is created by any single individual. Such a thing is impossible.

I went into depth on Point #1 last week. Today, let’ s move forward with this discussion.

Okay, so once more, for good measure: Everything in your exterior world is being “co-created.” That is, it is being manifested (or seen, noticed, and remembered) not only by you, but by the lot of us; by everyone.

It is this “One Thing” that is doing everything. Nothing that is occurring can occur without the participation and the concurrence of The One Thing. By definition, such an event would be impossible.

I like this little metaphor: Imagine that you are your little finger. Now when you move, who is doing the moving? Is it you, as a finger, or is it your body, as that of which you, a finger, are a part?

Ah, you might say, it is your brain! Your brain sends a signal to your finger, via the pathway of your nerves, and your finger responds to the impulse; it plays out, in action, your brain’s prior thought. The time lapse between Thought and Action may be infinitesimal, but there is a time lapse. The thought comes first. Then comes the passage of the neural impulse through the network of nerves that serves your body. Then comes the movement of your finger.

So, your whole body is involved in the moving of your little finger. You couldn’t so much as lift a finger without your Body and your Mind.

Well, my friend, you and I are part of The Body Of God. We are like tiny little cells...like sub molecular particles...in The Body of God. Now if we are not careful, when we do something we’ll think we are doing it all by ourselves. Of course, such a thing is impossible. Our action is merely a manifestation of the Will of God.

We can do nothing — nothing — against God’s Will. The arrogance of imagining that we can is the greatest folly of the Human Mind.

We see, then, that all manifestations of our exterior reality — what we might call the physical world around us — are collaborative. They are the products of the joint creation of every human being, at some level or another, and of God.

In other words, the more a person is impacted by a manifestation, the larger was that person’s collaborative role in co-creating it.

On the other hand, if the person in Hong Kong was anxiously waiting in her Executive Conference Room for a Skype call from you to exchange timed-to-the-minute details of a business transaction that her company and yours were on the verge of completing, and if she needed this information instantly in order for this deal to go through, and if she needed this deal to go through in order for her to get a long-sought-after promotion...AND...if she feels unworthy of receiving the promotion and being invited to join the company’s top brass, her Energy of Unworthiness might very well have played a role in causing the man seven cars ahead of you to have his car break down, thus snagging you in a traffic jam that makes it impossible for you to get to your Skype call and send that vitally needed data to China.

Thus do the dominoes in life fall. Thus is it true that at some level every living entity co-jointly creates every manifestation of physical life. Or as some contemporary physicists have put it, if a butterfly flaps its wings in Singapore, the current of the wind is affected in San Francisco.

Why bother going into this so deeply here, over and over again in this narrative? Because it is as I said last week: The idea that “you are creating your own reality” can be dangerous if not fully explained.

People who have been told this and have taken it to heart, without deeply understanding the teaching, could easily find themselves depressed, wondering why they would have “created” certain things for themselves or others. Their own molestation at age seven, for instance. Or their grandmother’s death in an auto accident. Or the end of their marriage. Or, on a larger scale, a revolt in Libya, an earthquake in Japan, or a global financial meltdown.

Why do I keep creating these things!?, they may ask themselves in frustration, taking full responsibility for all exterior manifestations. They may even make themselves so “wrong” for what is occurring or has occurred in their life — or in the life of the planet — that they develop deep self-doubt, self- blaming, or even self-loathing. Then, eventually, life-loathing.

So it is very, very important for spiritual teachers to emphasize the now-little-known details of what is meant by “you create your own reality.” It is imperative that everyone be told that all manifestations of our exterior reality — what we might call the physical world around us, as well as our own personal physical experiences — are collaborative, and we thus have only a proportionate degree of personal control over the Collective Consciousness that produced them. These are the products of the joint creation of every human being, and more broadly, they are the expressions of Life, and thus, of God.

Let me make this more clear with a rhetorical question: If God did not want something to happen, could it happen? No. Nothing happens outside the Will of God. Therefore if a thing is happening, you can be sure that it is happening because it is God’s will for it to happen. The question is not whether it is God’s Will...but why?

I will respond to that question in the form of my answer in this week’s Mailbox inquiry, below...

We have 1896 guests and no members online