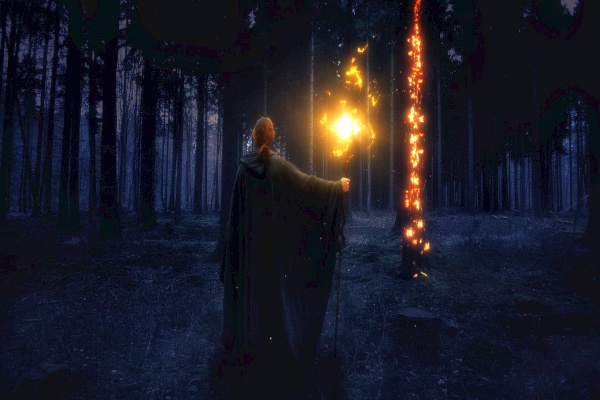 When I first came to Druidry, something like twenty years ago, my sense of what modern Druids did was informed by observation. Clearly the first thing to do was join a Grove and/or a Druid order. Ideally a Grove belonging to the Druid Order. In practice it’s often a lot more complicated of course!

Joining a Grove meant showing up for regular meetings (monthly, for me) and attending festivals through the year. Study and practice was to some degree dictated by the Grove. I also went to bigger Druid gatherings at Avebury and Stonehenge.

It was clear from early on that people came to Druidry with all kinds of different intentions. Some people just wanted a community in which to celebrate the cycles of the seasons. Some were following a specific calling within Druidry – to be bards, or healers, herbalists, activists, and so forth. Some would become ritualists and celebrants and lead groups themselves. There weren’t so many authors back then, but it was clear that writing, speaking at events and teaching were part of what some Druids were called to do. Especially those Druids who were going to be Big Name Druids.

I grasped early on the importance of service and volunteering. I did quite a lot of that, one way and another. Curiously, I also had a strong sense that I should be stepping up. I ended up with a lot of students of my own – as a twenty something proto-Druid it turned out that I knew more myth, folklore, music, magic, meditation and nature stuff than many Pagans who were a lot older than me.  There were a lot of people around me who were entirely new to Paganism and who wanted to learn, and so I stepped up as best I could. I led rituals and workshops and moots and all sorts of things – often because despite being fairly young and not that experienced, I was often the most experienced person to hand.

Doing all the things that might make a person a modern Druid is bloody hard work, though. There are people who make it pay, but I certainly wasn’t one of those.  Over the years, I started to look harder at what of the work made sense to me – I cut back on teaching. I stepped away from celebrant work, which is prohibitively difficult if you don’t drive, and I’m honestly not theatrical enough. I became less interested in leadership roles.

I don’t think I’m alone in this. Many other Druids of my acquaintance seem to have walked a comparable path and are undertaking to Druid in quieter ways, focusing on the bits of the path that truly interest them and not trying to perform a large and complex role. It means diversity, and not so many of the people aspiring to be Big Name folk and not so much emphasis on that. More sharing and conversation, less authority. I like it better.

I cannot, for the life of me, figure out now why twenty-something me thought that aspiring to be a Big Name Druid was even slightly attractive. I knew what kind of level of work was required and I wasn’t averse, back then, to martyring myself, but I was never mercenary enough to make it work financially. I was never pushy enough to take up enough space. I was never that into authority. But, I had a weird feeling it was what I was supposed to be doing. Perhaps at the time, it was what I needed to be aiming for, but I’m a lot more comfortable for having since let go of all that.