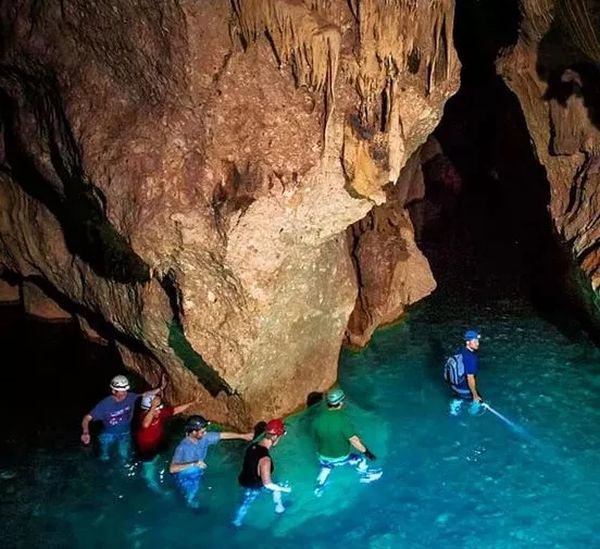 I am sharing with you an important understanding I received while on a sacred journey to the ATM cave. I posted this on Facebook, but I know that many of you do not see those posts.

On Tuesday, November 15th, my husband Dan, and I went on a life-changing excursion to a Mayan Sacred Cave called Actun Tunichil Muknal.

The night before, in my dreams, I was being tested. Things such as working on the time/space continuum to heal the past and the future, energy removal, and healing. Those went fine. Then I was in the jungle surrounded by plants, there was someone needing healing, and I panicked. I said, “I’m not from the jungle; I don’t know these plants!” A whisper came in, “Ask the plants” I did and was able to assist the man.

Next, I saw a man that was dying, and I was told to sing him through leaving the body. Again I panicked; I didn’t know the songs or the language! A whisper came in, “Your soul knows; let her remember, get out of your way,” so I relaxed and let the songs flow, and the man passed with ease.

I was then told that my last challenge would be to go through the very physical journey of the cave, all the emotions, and not shut down but stay open and receive it all. With that, I woke up. A little shocked and nervous about the day to come.

The journey of the ATM cave is a 4-mile trek where you cross a river three times – one where the water is over your head and moving. You then come to the cave that has chest-deep water as you enter; this is where this natural spring becomes the river. The only light is from the headlamps. From there, you climb onto rocks and swim, following the path of the underground stream. Intense is an understatement. You continue on this path until you reach a rock that, when climbed, takes you to a huge chamber where ceremonies were held.

The entire cave was alive with energy, and clear faces were seen in the rocks and stalagmites. They were guardians and protectors of the sacred space, as well as energies that made my hair stand on end.

When we reached the large ceremonial chamber, there were broken ceremonial pots and bones from human sacrifice. There were even those of what they estimated to be a 5-day-old infant. The tears of an infant in pain were the hope for calling in the rain.

These were not behind a glass case or a replica of what was. This was an excavation site with a single file line that we could walk through. It was the cold, brutal history in your face.

I could feel it ALL. All the layers. I felt the beginning layers which were full of joy, reverence, and communion with the spirits. I saw how flowers were put in the flowing water as an offering once spirit communication was received and how they flowed through the spring out to the river. The flowers flowing on the river notified the tribe that the ceremony was a success.

I then felt the shift with the ones left behind after the group of Mayans vibrated out of that reality. At first, there was reverence and adherence to tradition. But as time went on, these practices were changed bit by bit. With each natural disaster, each famine or war, desperation, and fear became the guide. The heart no longer led the path. Lives were sacrificed in the hopes of appeasing the rain god, to bring them rain for the crops, and for the rain god to not bring punishing storms.

It hit home how many times humans have done horrid things to another in the name of fear.

It also became very clear that the experiment of a group vibrating out of the current reality was VERY costly. When the light bearers left that realm, darkness reigned, and fear grew.

I then fully understood why the process of ascending has taken so long. Why it has been countless lifetimes of holding and anchoring the light, raising the vibration bit by bit so that the majority can move forward. The cost of a relatively small grouping vibrating out of the collective reality is much too high.

At that moment, I knew that this process will take as long as it takes. My human gets impatient and weary, but my soul knows that anything less exacts a price that should never be paid again. This knowing vibrated through my whole body.

I then felt my heart open wide and I received the activation codes I needed, and I passed the last test. The energy slammed into me, and I felt quite wobbly after. My husband joked, saying going into the cave, I was as graceful as a swan; going out, I was as wobbly as a penguin.

So now, I sit with it all. The understanding and the grief. The pain and suffering of this world is immense. Yet, without the light bearers, it would be so much worse. Yes, we are shifting; we are evolving, bit by bit. However, this time it will be many that shift reality, not the few. It will take as long as it takes.

Our job is to hold the light, anchor it, and live as fully and open-heartedly as we can while reminding others that they, too, have light within.

This is embodiment, being here fully now, with grace, finding our joy, and sharing that with others.

Since this activation on Tuesday, more memories and knowings are returning bit by bit. We have visited more sites, the jaguar & mask temples that required a boat ride through the jungle and the temples dedicated to the rain & sun gods. We went into a cave where children, particularly infants were dismembered and their parts placed within the roots of the tree that grew above and through the cave. The same cave that once held beautiful ceremonies until fear and darkness took over. We have felt the energy within the layers

It has really been an interesting and exhausting journey. I didn’t expect us both to be hit with energetic downloads to this degree! We are now on the island of Ambergris Caye. It has rained all day, and I am so grateful for the calming sound and peace that it brings.

Thank you to everyone that has held energetic space for us on this trip. I felt your presence, and it was needed. Huge gratitude to all those that helped to financially support us with donations, the purchase of a tincture, or the healing.

If you have not signed up for the Distance healing but would like to take part, it is not too late. Distance healing will be done on November 21st,  please click here: Mayan Sacred Sites Healing With Jenny Schiltz

Sending you lots of love,

We have 743 guests and no members online