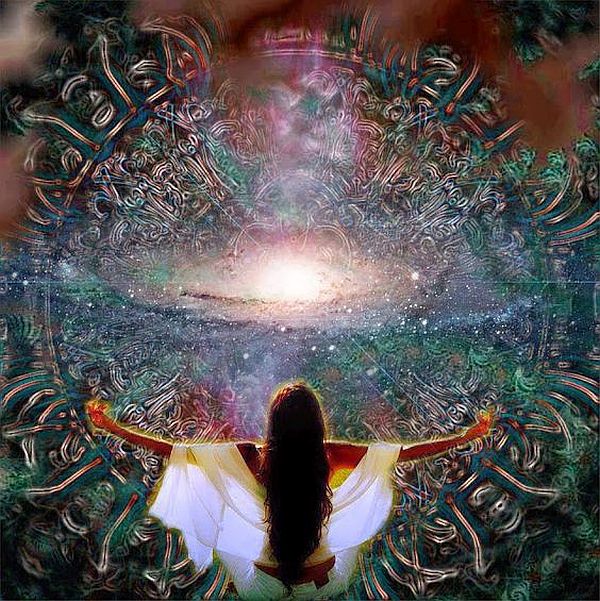 In the Periodic Table of the Elements, the atomic number of the carbon element is six, that of silice is 14 (one octave higher).

Carbon is needed to form all the DNA and RNA, chemical code of life as it exists today. Dr. Max G.Lagally, professor of science, discovered that silicon could modify DNA, in other words, silicon can SUSTAIN LIFE.

We are currently evolving very rapidly as a human species. The evolution of our species "Homo sapiens", is making a quantum leap to an "immortal" species with 48 chromosomes that have 12 physical lines of DNA and 10 etheric strands of DNA. Our three-dimensional biology (3D) is being alchemically displaced from carbon to multi-dimensional (5D) silice crystal. If a piece of wood is placed in the fire, it burns until all that is left is the element Carbon.

However, if a diamond is placed in a fire, its structure is maintained. So all our cells must be transformed from Carbon to Crystalline Silicon, so that we can withstand the enormous amount of light and energy that is coming to the planet from the end of 2012.

Internally, all our cells are changing from an organic structure to a crystalline one, the perfect prism through which the Light can pass to bring about the illumination of our Bodies, thus ending the density of 3D. Not everyone will experience this transformation.

Many people will CHOOSE, on a soul level, to "leave" before the Earth reaches that moment. Others will leave because their body will not have the light that allows them to survive in higher dimensions.

But those souls, whose decision is to CHANGE their carbon-based cellular structure to crystalline form, will accompany the new "Terra Nova", Gaia in the Golden Age. And they will be able to Ascend WITHOUT leaving their bodies.

Never in the history of this Universe have beings taken this great evolutionary step, at the same time and consciously. At the end of the year 2012, when the whole Solar System as a whole reached the end of its 26,000 year journey, and the Sun, together with its Planets, was placed in a perfect alignment with the Pleiades Sun (Alcyone), with Sirius, Orion, the Center of the Galaxy (Hunab Ku) and the Black Hole there, as a result of the enormous gravitational attraction, we traveled in 7 days 5 light years to the star system of Sirius, which is in the fifth dimension.

Thus began a new galactic journey, a new cosmic cycle, and a cycle is a return through something; if we add the word "Ascension", then it becomes an ascending cycle, forming a New Spiral "upwards", a circle that returns to its origin, but a Higher Octave than the one where it began.

The times in which the Human Being evolves from one dimension of consciousness to another, in the Physical, Mental, Emotional and Spiritual aspects, are shorter and shorter, but now it is not a step from one evolutionary stage to another, but it is a Jump from one dimension to another, that is why it is called Quantum Leap. In the previous evolutionary changes, the Human Being always remained with his DNA based on the Carbon element, in the Third Dimension, and now comes the change of his DNA to the SILICE element, that is, the base of the Quartz Crystal, the Crystal DNA; In the Periodic Table of those of the chemical elements we can see that, between the atomic number of the Carbon element and that of the Silice, there is a difference of eight, that is, an octave higher.

NO! no coincidence... but Causality, because it has a Cause and has an Effect. A Quantum Leap happens when the atom suffers a modification due to "external" forces that "force" it to mutate internally and, therefore, modify it structurally, changing its morphology towards other elements.

The particles of Light, called Photons, will be the cause of this change in the atom of matter of third dimension 3D, whose particles are vibrating at 9/10ths of the speed of light, "moving" it towards a more subtle Dimension and of Frequencies greater than the speed of light, where the mass disappears as such.

Finally, in Mystical Philosophy the word CHRIST means a "High Spiritual Level", a level that is beyond the common level of the Human Being; and curiously enough, the DNA will mutate into Silicon, ceasing to be Carbon, so that our bodies become "luminous".

That is the new step we are taking in the propeller of ASCENTION towards Oneness, The One, "God".

We have 1733 guests and no members online