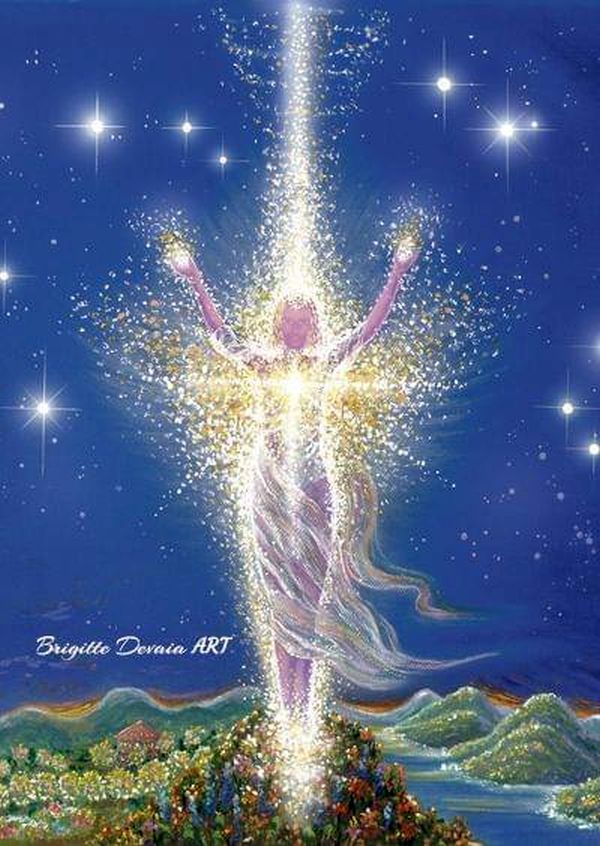 Ascension is not a race or a competition. If another soul is not on the same trajectory they are no less enlightened than you and no judgment should be passed upon another soul's ascension as only that soul and creator on the other side have total knowing of the reasons for incarnating this time round. Some souls that will not ascend this time round have chosen a path far more selfless in choosing not to raise their vibration as that souls current position is to create lessons and create teachings given for others to learn from. Imagine coming here and knowing you will be left behind so you can teach others. Imagine that. There are many soul contracts like that.

We spent the last 11,000 years descending. That included picking up bad habits, becoming institutionalized and indoctrinated in an old energy that often souls had no choice in. Eons of galactic wars in this area of the galaxy and trauma have accumulated within the Akash of so many souls on earth along with the rise and brutal fall of civilizations which are written into your very DNA! You all know Lemuria and Atlantis. Civilizations that brutally sank into the oceans. Humans have been traded on and off-planet and interference including self will has allowed us to create a world in which separation from creator has occurred. A cosmic tragedy that still plays out in the daily lives of humans in an array of daily struggles, ups and downs and longings often to not be here on this green and blue planet we call earth.

Gaia is one of the hardest schools for learning. ETs often note that humans are one of the only species that contemplate suicide so prevalently. We have lived in a world where people have been programmed and conditioned so totally, that along with the traumas that souls have faced in this lifetime, and including the wars on this earth in which they have been killed many times, that they do the things they do sometimes is understandable.

Whilst some starseeds are cruising ahead in their spiritual journeys others will take more time. Lifetimes. This is not a sprint. It's a long long walk achieved by coming and going, and coming back again to Gaia, doing it over and over, each time helping the collective and ascension. We just come here for a moment. A flash. Then we are gone again.

I'm asking that some of you try harder in the compassion department to those starting their path. Humanity has had its ass dragged backward through hell and high water for millennia and is only JUST beginning to heal. You don't see the Angelics or the ETs pointing fingers saying, "You still eat red meat, therefore your not spiritual - shame on you!" OR, "You don't meditate enough or carry out the correct practices - your fake!" lol

You never see that, Because they have nothing but compassion for what humanity has been through. So whilst I applaud those that truly are ascending, do not forget that the very person that is not enlightened yet, was you not that long ago, if not in the last lifetime, then the first half of THIS lifetime.

The galactics refer to earth as the great experiment. Take into consideration that ascending whilst still in a body and not having to die is a great experiment. The Galactics are watching to see if the human body can even handle it. Usually, reincarnation is needed. In History, only the masters ascended in a single lifetime keeping the same body and now all souls are trying this as the masters did. It is truly astounding!

I have quite a few clients who have been made to feel fearful of speaking about their habits as they transition because the "spiritual" community have been so judgmental and projected themselves by force onto that person's truth never stopping to wonder if those souls' actions were serving a higher purpose or whether they need more time to make the changes in these very overwhelming energies. Most people don't know what other souls are going through or the reasons they are going through it.

Whilst I do understand the importance of disciplines regarding the work of ascension and what that entails, I would gently like to remind some lightworkers, that your path is individual like everyone else's as is your truth. Focus on your own path ONLY, because just in that work alone you have a long long way to go yet and the journey will carry on over into the next. There is no reason to become entangled in someone else's journey and pass any kind of shallow spiritual judgment. Of any kind.

Compassion for humanity and your brothers and sisters. Not Judgement. Not Judgement. Be patient with these souls. Wait for them. Love them. Remember the incredible enormity of what is actually happening on earth right now and the purging, clearing, mental and physical transmutations that souls are having to go through at this moment in time. If you are persecuting your fellow brother and sisters, then you have not carried out your own work yet. You didn't come here to judge, call out and point fingers at the very same souls that came here for the same purpose.

Start with yourself. The others will come when they are ready. Only creator knows their timeline and there will be good reason behind it as all is divine creation in the end. God doesn't make mistakes.