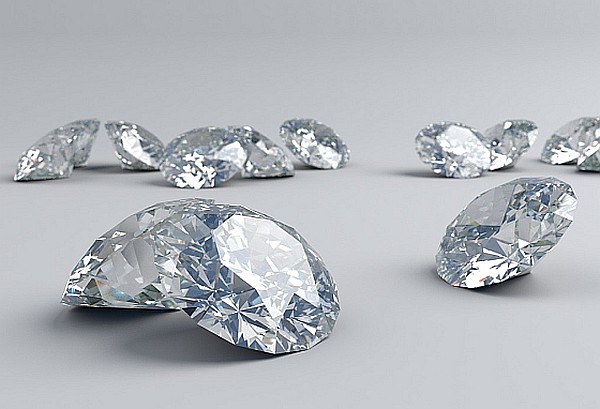 As we all know January 12, 2020 was the day of the one and only exact Saturn Pluto Capricorn conjunction. Did you feel anything at the hour and minute of this conjunction and NEW energy insertion in your timezone? This stupendous energy shift event ticked off around the planet, one timezone after another, instantly installing the NEW energy foundations for Phase 2 of the Ascension Process on NEW Earth. And I mean physically. At the exact hour and minute of this conjunction here in Pacific Time, I felt a strong physical sensation in my HighHeart, then I saw brilliant diamonds everywhere.

Why did I see diamonds? In old pre-ascension astrology, Capricorn and its ruler Saturn and mineral Lead, ruled physical reality and structures, such as the entire human skeletal system, teeth and knees. Saturn held physical reality in physical form for humanity to live, express, learn and create within during the past great Evolutionary Cycle. The old pre-ascension Earth and humanity energy structures, systems, blueprints and codes etc. were a very dense frequency, much like Lead. And, as if that weren’t heavy enough, Team Dark got in there and inverted much of it making old 3D density far worse and very negative.

Some of you may remember how excited I got when Saturn was hit by seven solar flares in April 2017. I wrote about it multiple times because I knew it meant that (1) Saturn had been energetically cleared of all negative distortions intentionally done to it to better control physical reality and human consciousness and human evolution in physical reality. And (2) it signaled that we were very close to having the entire NEW higher structural energy patterns, foundations, codes, frequencies and NEW Earth-NEW Human reality blueprints inserted for Saturn & Co. to hold energetically for the next great Evolutionary Cycle.

Remember how many Volunteers have had repeated dreams of having to do Energy Work cleaning up public bathrooms overflowing with human excrement and assorted dense filth left by unaware humanity over the eons? Lovely topic I know but worse if you’ve been on old Earth transformation Shit Detail for much of Phase 1 of the Ascension Process, which many of us were and in a variety of ways other than this.

The transmute, transform, transcend that the First Everything Volunteer Forerunners have HAD to do on themselves and in their physical bodies has been happening simultaneously throughout the Earth, its grid systems and more, the Sun, the planets of our solar system, the Milky Way galaxy, other galaxies and the universe. Saturn had it’s “public bathrooms” cleaned by seven solar flares intentionally aimed at it for this very reason in April 2017. This has basically been what Phase 1 of the Ascension Process was about — transmute, transform, transcend everything everywhere internally and externally. In Phase 1 we’ve sort of been like those guys whose job it is to go in afterwards and clean up everyone’s huge leftover party mess. We were needed to first Lighten the load. A certain percentage of old lower frequency everything, including all old Cycle energy codes, patterns, reality blueprints, distortions and matching frequency consciousness etc., needed to be removed before the NEW higher everything could be inserted, implemented and activated in Phase 2 of the Ascension Process. That just happened on January 12, 2020 via the Saturn Pluto conjunction in Capricorn. I know there’s some other planets in Capricorn now that are involved with all this but it was Saturn and Pluto that did the planetary and human species energetic heavy-lifting for the NEW to be instantly inserted and activated in NEW Earth for NEW Humanity at the start of Phase 2 of the Ascension Process.

My HighHeart felt a strong physical sensation and I saw Diamonds everywhere at the hour and minute the exact Saturn Pluto Capricorn conjunction happened where I live because NEW Earth has a fifth dimensional and HighHeart baseline and that requires crystalline Diamond frequency reality structures and energy foundations, codes, systems and more. NEW ascended Earth and NEW ascended Humans that are and will live, express, learn and create on it must, as of 1-12-2020, now be a frequency match with it. We Volunteer First Everythingers have been at this ourselves for the past twenty years of Phase 1. We too have entered Phase 2 this month but we’re doing so at much higher levels than what the unaware human population is. Remember those energy stair-steps. They haven’t ended or plateaued, they continue higher and higher and so do we all.

This 1-12-2020 major shift event is not negotiable but mandatory which is why we’re going to be seeing even more people quickly exiting their bodies via physical death. It’s also why we’re going to be witnessing far more unaware people freaking out and/or becoming more unstable because they are not consciously aware that physical reality and Earth just transcended, just shifted to HighHeart crystalline Diamond frequency and external reality on January 12, 2020. They’re now living in the NEW crystalline Diamond physical reality energies and structures etc. and the majority of them are not as yet Soul Contracted to begin the Ascension Process.

Lots going on and even faster than it has been! But, for the Volunteers, the First Everythingers, the Forerunners our dense, dark and difficult Phase 1 Ascension Process Work is completed. No more humanity Shit Detail clean up for us, they now have to deal with their own stuff and junk themselves.

Phase 2 of the Ascension Process for us has energetically shifted to our now learning how to—as these physically ascending versions of ourselves—Consciously Create for ourselves, for humanity when needed and for all life on NEW Earth for starters. Those who’ve chosen to also live the Embodiment Process during the Ascension Process will continue it to completion in Phase 2. Many of us are close to that now, and the closer we get to it, I sense the physical Sun will reflect that by doing something NEW and different energetically.

Due to this major energy shift event of 1-12-2020 from the last remnants of old lower Lead to NEW Diamonds, many have been feeling some old ascension symptoms and some new rather strange ones too. I certainly have been and strongly since November 2019. I don’t expect this will end soon either because it’s one massive shift from old lower Lead to NEW much higher Diamond frequencies! Give your body and consciousness some time to acclimate to this shift event from Phase 1 into Phase 2 with its matching NEW Diamond energies and all else. (As I’m writing this my inner ears are screaming, sections of my back hurt like crazy, Ascension Flu aches and chills and my head is… I don’t even know it’s so strange due to these recent major changes. It hurts and has pressures in it and I know and trust all is well. But it’s been weirder than usual.)

I feel you, I know how you feel and why you feel that way. I really do because I’ve been there a thousand times myself since 1999. Hell, I tried to get out of my Volunteered ascension life commitment when I was five, but here I still am all these decades later.

What I do very much want those of you who are at that point where you just do not want to “play” this life of ascension business anymore to know is that, believe it or not, the whole thing just got much better, easier and faster as of 1-12-2020. Phase 2 won’t be anything like Phase 1 was for the Volunteers, First Everythingers, Forerunners. Phase 2 is going to be, at times, actually fun and very much worth sticking around for!

We’ve reached the point where we now Consciously Create for ourselves. We desire, feel, intend, visualize and want what we do into physical manifestation now. Phase 2 for most of us is about re-learning how to be Conscious Creators and individually energetically sovereign and more. No more Shit Detail, now it’s what do you want to Consciously Create and how much more fun, interesting and creative is that!?

I’m not saying that now we’re on the other side of the Saturn Pluto Capricorn conjunction of January 12, 2020 everything  is instantly going to be perfect and easy constantly. It is and it isn’t and the why of this is because (1) we’re new to all this physical level Diamond NEW Earth NEW and (2) there’s a whole bunch of unaware humans here too and some, not all but some of them have just gotten activated via their Soul Contracts to be the First Wave of HUMANS to start the Ascension Process. After them a Second Wave of HUMANS will be activated to start it, and after them a Third Wave of HUMANS and so on. Stair-steps for all of us always. Because of this we’re about to become valuable to those unaware humans who’ve suddenly found themselves coming apart due to the evolutionary Ascension Process. Can you see and feel where this is going on so many NEW creative levels for us all?

Put down your transformational cleaning products oh exhausted, frustrated and weary fellow Forerunners because that job is finished. Disinfect yourself, heal your heart from having seen, done and survived all you have throughout Phase 1 of the Ascension Process. Pick up your retirement benefits and move immediately to Diamond level NEW Earth Phase 2. You will become increasingly enthused and refreshed once again and filled with great freedom and empowerment from a job very well done in Phase 1. Now my friends and co-Workers, lets get to learning Conscious Creating from within the Diamonds of NEW Earth.